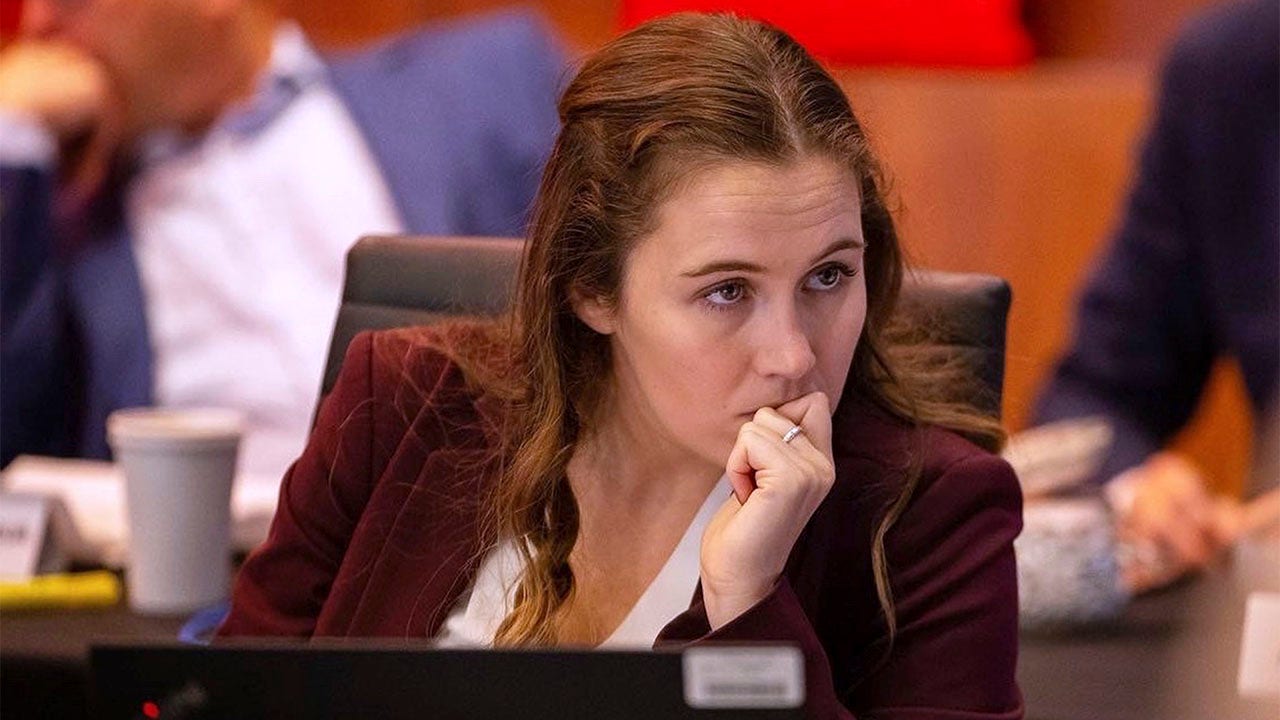 The New Jersey Devils have named their first female assistant general manager, making Kate Madigan the sixth woman to hold the title in the NHL.

In a photo, date not known, provided by the New Jersey Devils is Kate Madigan. The Devils have named Madigan their first female assistant general manager, making her the sixth woman to hold the title in the NHL. General Manager Tom Fitzgerald announced the promotion Wednesday, July 6, 2022, the day before the NHL draft.
(New Jersey Devils via AP)

“Kate has been an incredibly valuable resource to not only me, but to our entire hockey operations leadership staff, particularly over the past three years, as part of key hockey decisions,” Fitzgerald said. “This promotion is reflective of the duties and responsibilities that Kate has assumed within our organization during that time.

“Her diligence, work ethic, attention to detail, ability to communicate with all staff, strategy and vision are qualities that I look for in our leadership,” he added.

The NHL has seen several women promoted to the assistant general manager’s role in the last month, with Hayley Wickenheiser getting the job in Toronto this week and Meghan Hunter promoted in Chicago last month.

The Vancouver Canucks have two women serving as assistant general managers, Emilie Castonguay and Cammi Granato. The first woman to hold the title in the NHL was Angela Gorgone in 1996.

“It’s amazing. Representation really matters,” Hunter said in an interview with The Associated Press. “I remember coming out of college and I didn’t really see anybody that I knew in (the) NHL, females (working) in hockey operations, so I just naturally gravitated into coaching because that’s all I really thought was available at the time. I think more representation, the more females breaking in different angles is amazing.”

Granato said the pendulum is swinging to add diversity in a lot of different areas in sports, whether it’s broadcasting, business or the front office.

“But I do think the hires, they’re people that are qualified, too,” she said. “There’s naysayers that say, ‘Oh, you’re just trying to catch up and you’re just adding people to add them,’ but they are qualified people. But I’m not surprised. I’m excited about it.

Hockey hall of famer and Seattle Kraken scout Cammi Granato poses for a photo prior to the 2021 NHL Expansion Draft at Gas Works Park on July 21, 2021 in Seattle, Washington. The Kracken is the National Hockey League’s newest franchise and will begin play in October 2021.
(Photo by Christopher Mast/NHLI via Getty Images)

“It’s very good that the NHL is taking that sort of mindset and looking toward that to open the pool for applicants and for hires,” Granato added. “Part of me isn’t surprised at this point, but I’m definitely excited about that opportunity that women are getting and diversity. I think that’s great.”

She called the promotion an exciting opportunity.

“I look forward to working with this group to make the New Jersey Devils better, each day, and bring back the consistent success our fans expect and deserve,” she said. “I’m excited for the future of this team, not only now, but for what it will be.”

Madigan will serve as part of the small group that Fitzgerald will lean on for key input, strategy and decision-making, which includes roster construction at the pro and amateur levels, transactions, hockey personnel decisions, team operations, facilities management, budget, and as part of the team’s management travel party.

Madigan holds a master’s in accounting and a bachelor’s in business administration from Northeastern University. She worked two years as an accountant for Deloitte before switching careers.