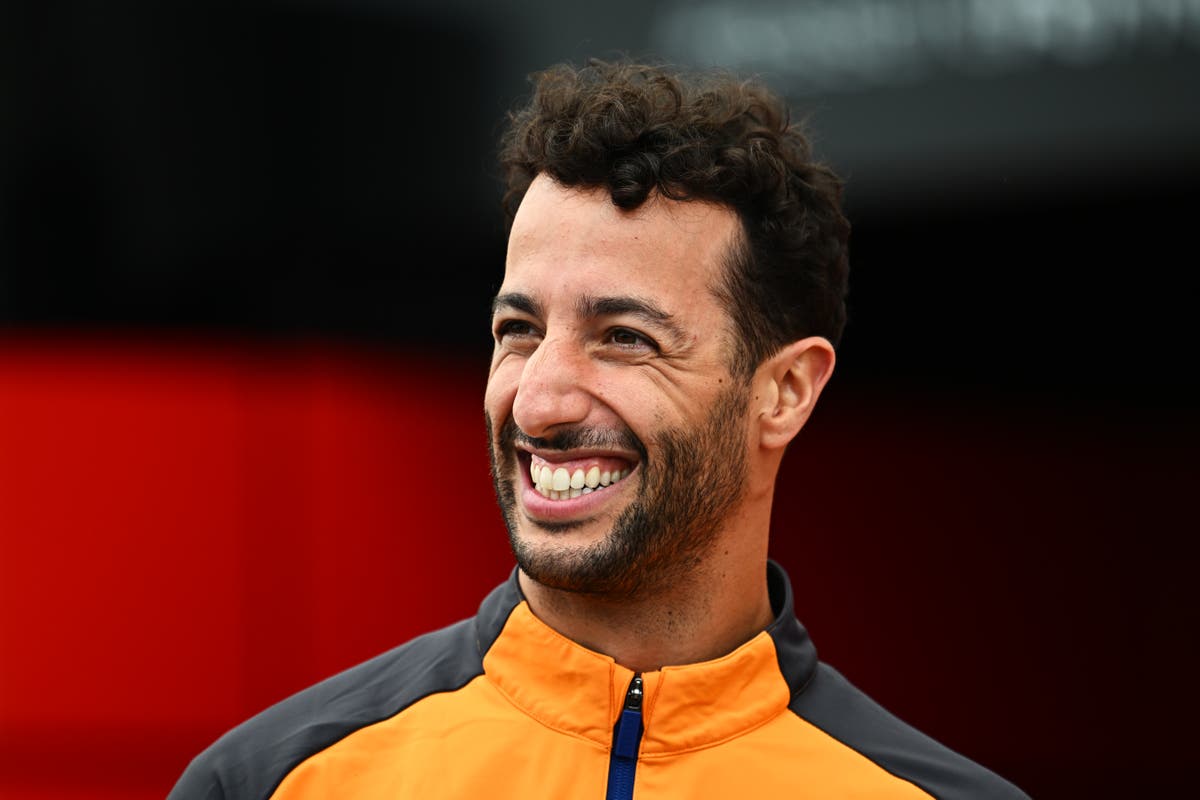 Daniel Ricciardo revealed he initially thought the protestors who invaded the track at Silverstone on Sunday were Max Verstappen fans due to their orange t-shirts.

A group of people, protesting against global oil usage, went onto the Wellington straight during the first lap of the British Grand Prix, with the race red-flagged seconds before the first cars reached the protestors.

Six people have since been charged with conspiracy to cause public nuisance after seven arrests were made by Northamptonshire Police on Sunday.

Yet Australian driver Ricciardo, speaking to reporters after the race, comically believed that the group were supporters of Dutch driver Verstappen due to the colour of their t-shirts.

“I saw it out of the corner of my eye. I think they were wearing orange, so I thought they were Max fans,” Ricciardo told Motorsport.com.

When later reminded that orange is also the colour of his McLaren team, Ricciardo added: “Or McLaren fans!”

The popular Aussie, who finished 13th at Silverstone as a difficult 2022 season continued for the 33-year-old, also stated that Formula 1 drivers are talented enough to avoid a hazard such as a group of people on track, though admitted that the drivers were not aware of the potential for a protest before the race.

“I don’t know if it changes much for us,” Ricciardo added. “Obviously, if we see something on the track, we’re good enough to slow down or avoid any kind of risk.

“But as to whether I could have done anything if I had known beforehand, I don’t know. But I’m honest, I wasn’t aware of it.”

Ricciardo is currently down in 14th place in the Drivers’ Standings after 10 races, as F1 heads to Austria this weekend.