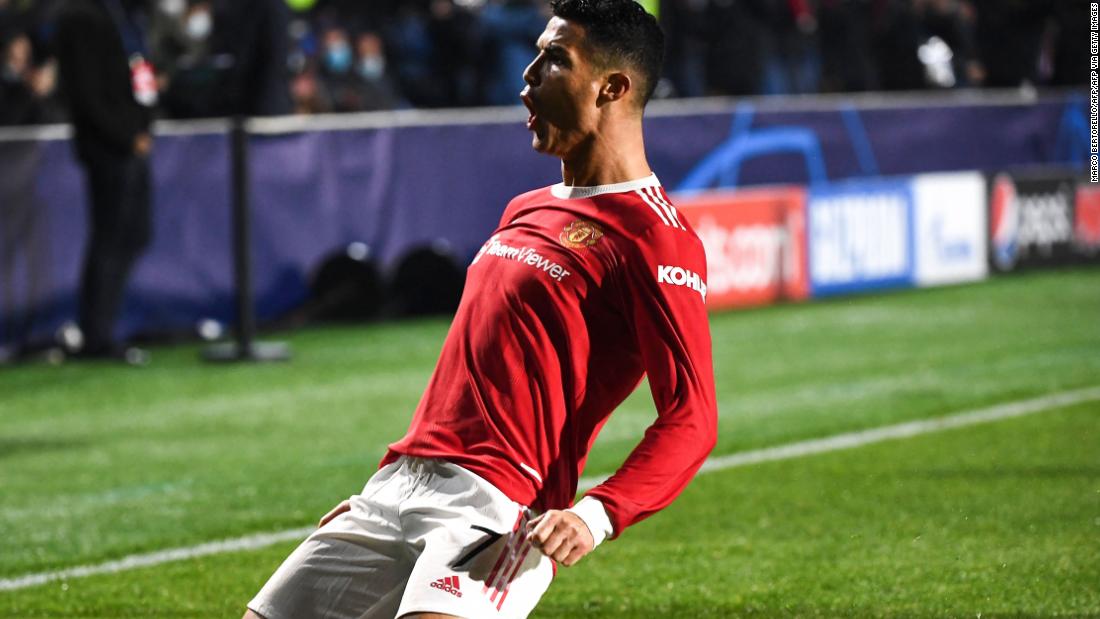 Josip Iličić scored the opening goal of the game in the 12th minute. Duván Zapata’s cut back falling to the Slovenian at the edge of the box, and he swept the ball home.

Although the Italians looked more likely to double its lead, Cristiano Ronaldo equalized just on the stroke of halftime, finishing off United’s best move of the first half to restore parity.

But Zapata’s second half strike rebuilt Atalanta’s advantage and after constant United pressure, Ronaldo grabbed his second goal of the game in the 91st minute to rescue a point.

The point means with two games to go in the group, it’s evenly poised, with United top of the group and with a good chance of going through thanks largely to Ronaldo.

After the game, Ronaldo his team were “a little bit lucky” to rescue a draw against Atalanta.

“It was a difficult game, I know when we play in Bergamo it is always difficult, but we believe until the end and I am so happy,” he told BT Sport.

“We never give up, we believe until the end, it is a good result for us. The beginning was tough, we knew Atalanta would do a lot of pressure, they have a fantastic coach, when I played at Juventus they were always difficult to play against. We were a little bit lucky in the end but that is football.

“We have to still improve, we have different players, different system, we have to adapt with each other, but it will take time. we have time to improve and be better.”

With Group F hard to separate after three games, United’s trip to Bergamo was accompanied with important ramifications.

An impressive 3-0 victory against Tottenham Hotspur on Saturday in the Premier League had somewhat eased the pressure on manager Ole Gunnar Solskjaer, but progression to the next round in the Champions League could be vital if he’s to remain in the job.

And it was almost the perfect start for the Norwegian, as an early deflected strike from Scott McTominay trickled tantalizingly towards the Atalanta goal, before just striking the post with the goalkeeper stranded.

And United was made to pay just minutes later, as the home side took the lead thanks to Iličić.

His strike from just inside the area was almost straight at David De Gea in goal, and the Spaniard will be disappointed the ball was able to squirm under him.

Having grabbed that all important first goal, Atalanta continued to look the more dangerous side going forward.

Zapata had a few snapshots, while appeals from the home side for penalties came to nothing even after video assistant referee checks.

And they were made to pay in stoppage time before the end of the first half as United produced its best attacking move of the game.

Some neat combination play between Mason Greenwood, Ronaldo and Bruno Fernandes opened up the Atalanta defense, and a delicate backheel from Fernandes left the ball invitingly for Ronaldo to slot home.

It was the Portuguese’s 138th Champions League goal and his fourth in four games in Europe since returning to United.

After the halftime break and with Solskjaer’s words ringing in their ears, the United players were much energized.

Palomino was involved at the other end of the pitch soon after, providing the assist for Zapata to give Atalanta the lead again.

The Colombian striker was played through by Palomino’s long ball, and with United captain Harry Maguire appealing for offside, Zapata slotted home, only for the offside flag to go up.

However, after a lengthy VAR check totaling two minutes and six seconds, the goal was eventually given, sparking jubilant scenes amongst the home fans.

United, needing a goal to claw itself back into the game, pushed and pushed — throwing on attacking substitutes in the hopes of changing the game.

Although the game looked to be petering out, Ronaldo once again came to United’s rescue, slotting home from the edge of the box to tie the teams with just minutes left.

The U.S. World Cup Team Is Notably Diverse, but the Pipeline Needs Help