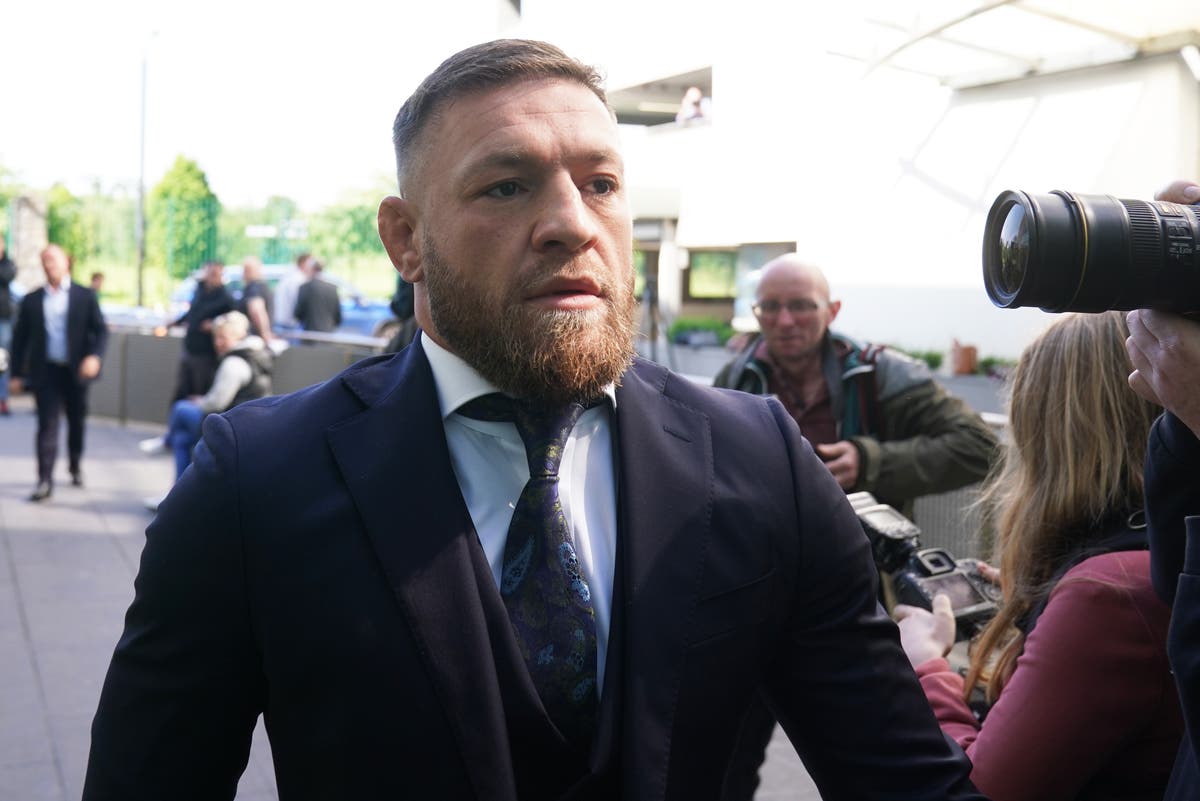 Conor McGregor is facing possible further charges in conjunction with the six existing driving offences he is charged with.

MMA star McGregor, 33, appeared at Blanchardstown District Court in Dublin on Thursday morning and made no indication of how he intends to plead to the charges made against him.

The judge adjourned the case until Thursday 8 September at 10.30am while the Director of Public Prosecutions (DPP) considers the case, and pending possible further charges, the court heard.

“I make that order and remand the matter to the eighth of September at half past 10. Thank you for the DPP’s directions,” the judge said.

McGregor last appeared in court on 7 April over two counts of dangerous driving on 22 March.

He was also charged with driving without insurance and a licence, and failing to produce a certificate of insurance or licence.

The UFC star had been travelling in his Bentley Continental GT on the N4 in west Dublin when he was stopped by gardai on 22 March.

Wearing a three-piece dark navy suit, McGregor arrived at court on Thursday in a Rolls Royce with a 2021-registration.

He made no comment to the media on his way in or out of the court building.