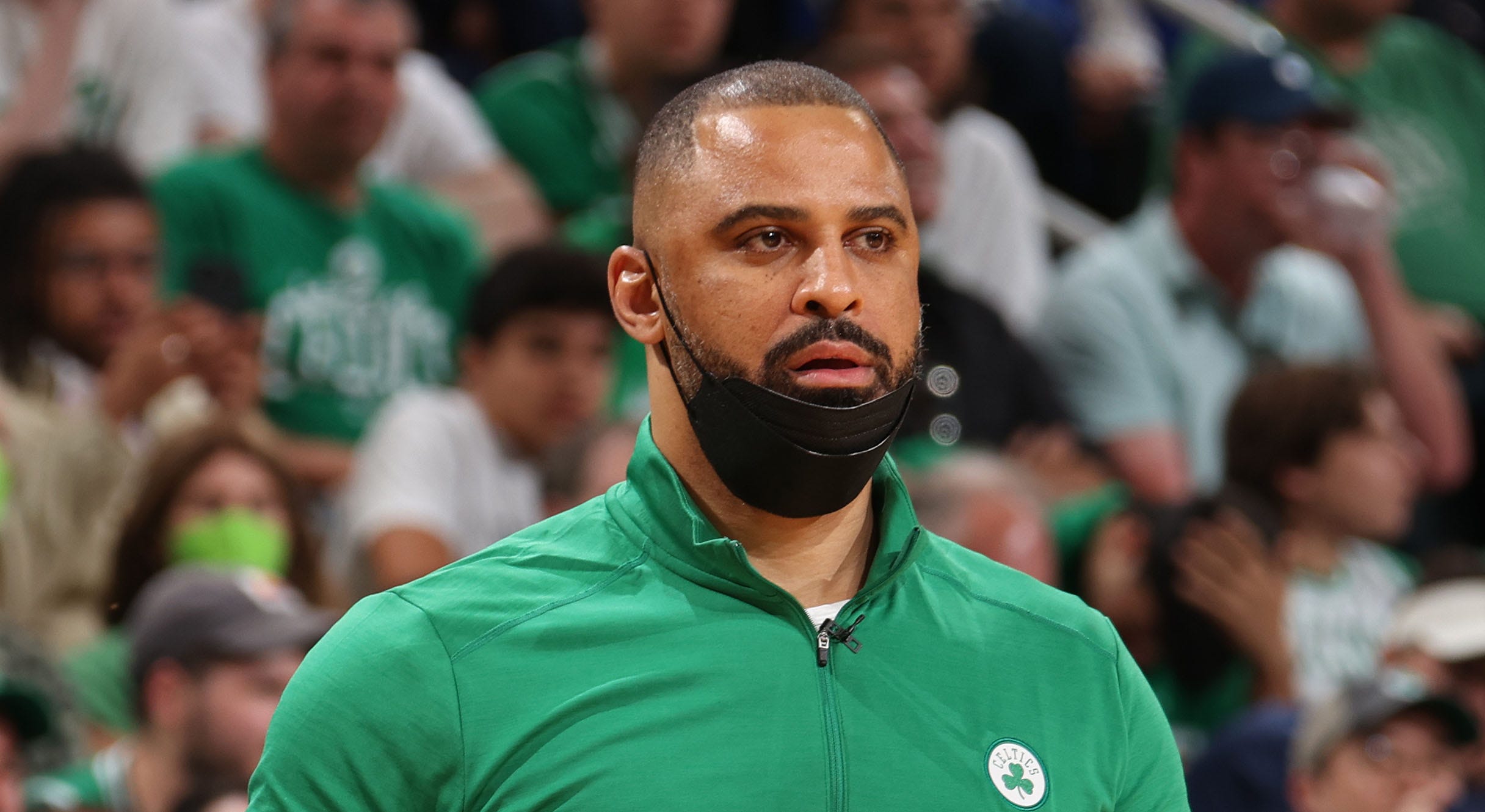 The Boston Celtics suspended head coach Ime Udoka for the entire 2022-2023 season for “violations of team policies” after he reportedly had an affair with a female staffer in the organization.

The relationship with the staff member “was considered to be a violation of the organization’s guidelines,” ESPN reported Wednesday night. The staff member’s role in the franchise was not immediately clear, and the person was not identified.

The Celtics released a statement Thursday on their decision.

Head coach Ime Udoka of the Boston Celtics calls out a play in the fourth quarter against the Golden State Warriors during Game 3 of the NBA Finals at TD Garden in Boston on June 8, 2022.
(Maddie Meyer/Getty Images)

“The Boston Celtics announced today that the team has suspended Head Coach Ime Udoka for the 2022-23 season for violations of team policies. A decision about his future with the Celtics beyond this season will be made at a later date. The suspension takes effect immediately,” the team said.

“I want to apologize to our players, fans, the entire Celtics organization, and my family for letting them down. I am sorry for putting the team in this difficult situation, and I accept the team’s decision. Out of respect for everyone involved, I will have no further comment.”

Udoka, 45, has been with actress Nia Long since 2010. Long is known for her roles in “Big Momma’s House,” “The Fresh Prince of Bel-Air” and “Love Jones” among others. The two have one son, and she had a son from a previous relationship.

Long told Essence in 2015 that she had no plans to marry.

“Love is complicated, let’s just start there,” she told the outlet. “And then you start a marriage, which I’ve never been married. And there’s a reason for that because I don’t know that I need to say ‘I do’ to prove to you that I love you. But also, what does marriage really [mean] … that you own me now, and I own you? I don’t get that part.

“I understand the religious aspect of marriage. That is beautiful, and it’s fantastical, and it’s dreamy, and it’s every girl’s fantasy to have that moment. But I don’t know that I need that to feel like I’m in a partnership that’s working.”

In his first season with the Celtics last year, Udoka led Boston to the Eastern Conference Finals, where his team defeated the Miami Heat to take a trip to the NBA Finals. The Golden State Warriors would eventually win.

The Celtics went into the playoffs as the No. 2 seed in the Eastern Conference, going 51-31. Udoka became the fifth coach in the last 25 years to make the finals in his first year as head coach.

Udoka was a journeyman NBA player before joining the coaching ranks. He was an assistant for the San Antonio Spurs, Philadelphia 76ers and Brooklyn Nets before taking the Celtics job.

Assistant coach Joe Mazzulla has reportedly been tapped as the interim coach in Udoka’s absence.

Joe Mazzulla of the Boston Celtics participates during the NBA Finals media availability at TD Garden in Boston on June 9, 2022.
(Jesse D. Garrabrant/NBAE via Getty Images)