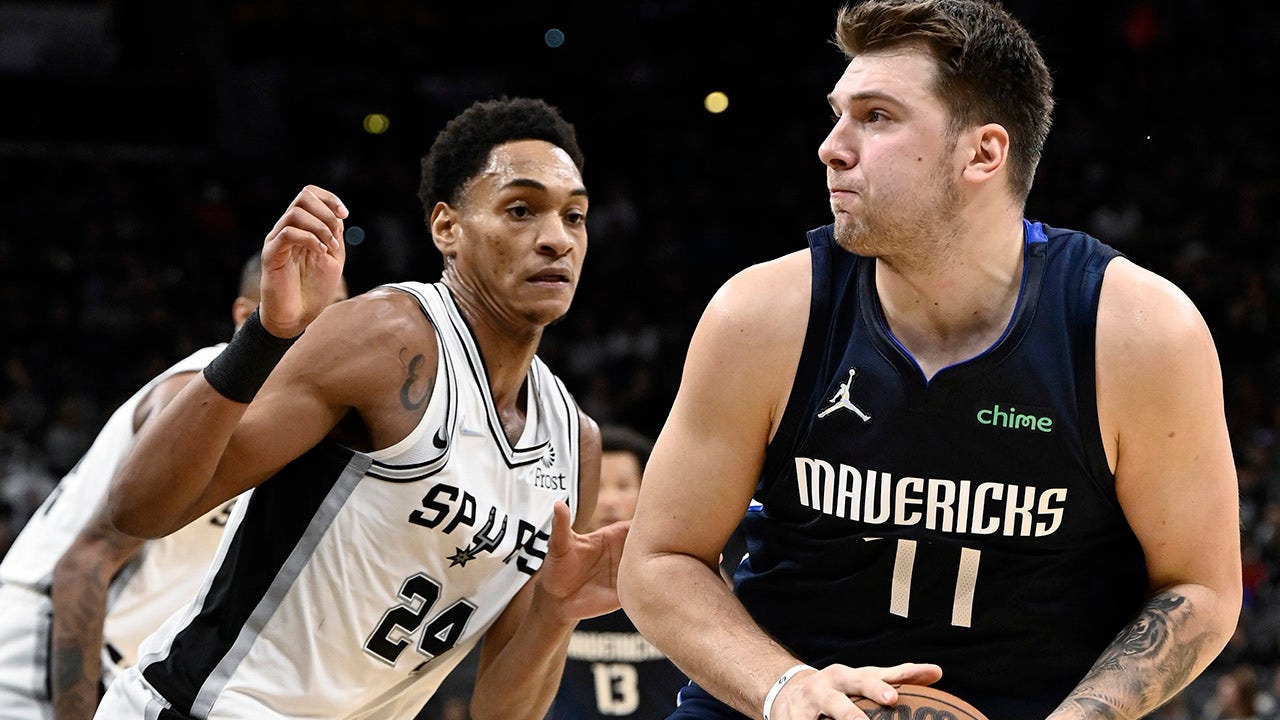 Jalen Brunson had 31 points and 10 rebounds, Luka Donic had 23 points and 12 rebounds, and the Dallas Mavericks rallied past the San Antonio Spurs 109-108 Wednesday night.

Coming off a 125-110 loss to Miami on Tuesday, Dallas outscored San Antonio 28-25 in the final quarter to avoid its third loss in four games.

“You can always use the excuse that you’re tired,” Brunson said. “It’s back-to-back. You’ve got another game tomorrow or whenever. You’ve got to fight through it. Teams that can win games like this can win games when it counts past April.”

Dallas was able to do so against a young San Antonio roster that is eager to push the pace.

Dejounte Murray scored 23 points and Devin Vassell had a season-high 21 for the Spurs, who have lost six of seven since a season-opening victory.

Dallas turned the momentum against San Antonio, especially in the final quarter.

“Being able to play with pace, getting into the offense a little bit quicker gave us the advantage,” Mavericks coach Jason Kidd said. “On a back-to-back, sometimes that’s hard to do, but I thought the guys looked to score after the steal.”

Brunson gave Dallas a 101-96 lead with 3 minutes remaining by scoring five points in 32 seconds, including a three-point play. After the Spurs closed to 103-102, Brunson hit a step-back, 13-foot jumper and two free throws in the final 30 seconds.

“He did amazing,” Mavericks center Boban Marjanovic said. “Seemed I think everybody did a great, great job. We played last night and we were (gasping) like tough game, fighting.”

The lead swelled to 10 points before Brunson rallied the Mavericks. He had seven points, five rebounds and an assist in the third quarter.

“Brunson was a killer again,” Spurs coach Gregg Popovich said. “In both games, he was the difference. He plays really smart, is a tough kid, he is skilled, and in the fourth quarter, he got us both times.”

The Mavs were without Kristaps Porzingis and Maxi Kleber.

San Antonio was without starting center Jakob Poeltl, who missed the game due to the league’s health and safety protocols. There was no update given on his status.

After Lonnie Walker’s 3-pointer cut Dallas’ lead to 109-108 with 4.1 seconds, the Spurs regained possession with 2.7 seconds left. They failed to attempt a shot, however, as the inbound pass from Keldon Johnson nearly sailed out of bounds. Murray tipped the ball to keep in play long enough for time to expire.

Marjanovic was guarding the inbound, forcing Johnson to throw the ball high over the reach of the 7-foot-4 center.

Marjanovic said he learned how to defend the inbound pass as a rookie playing for the Spurs in 2016.

“Don’t cross this line and put your arms up in the air,” Marjanovic said. “I learned from here. I guess I’ve become a professional standing in front of the inbounder.”

Mavericks: Porzingis missed his fifth straight game with lower back tightness. Kidd said Porzingis is improving and he hopes the Mavs center will play Saturday against Boston. Kleber sat out with a strained left oblique. … F Reggie Bullock did not play in the second half after sustaining a facial injury late in the second quarter. Bullock was holding his nose after getting hit in the face against a screen on defense. No foul was called. Bullock walked to the sideline but remained in the game to close the half.

Spurs: San Antonio closes its three-game season series against Dallas at home on Nov. 12. … C Jock Landale did not play two days after becoming the first Spurs player since Jack Haley in 1995 with double-digit scoring in five minutes. Landale had 10 points Monday in a 131-118 loss at Indiana. … Rookie Josh Primo returned to the Spurs after a brieft stint with the team’s G League affiliate in Austin. Primo only practiced with the team as Austin’s season-opener is Friday against the Rio Grande Valley Vipers.

Spurs: At Orlando on Friday.