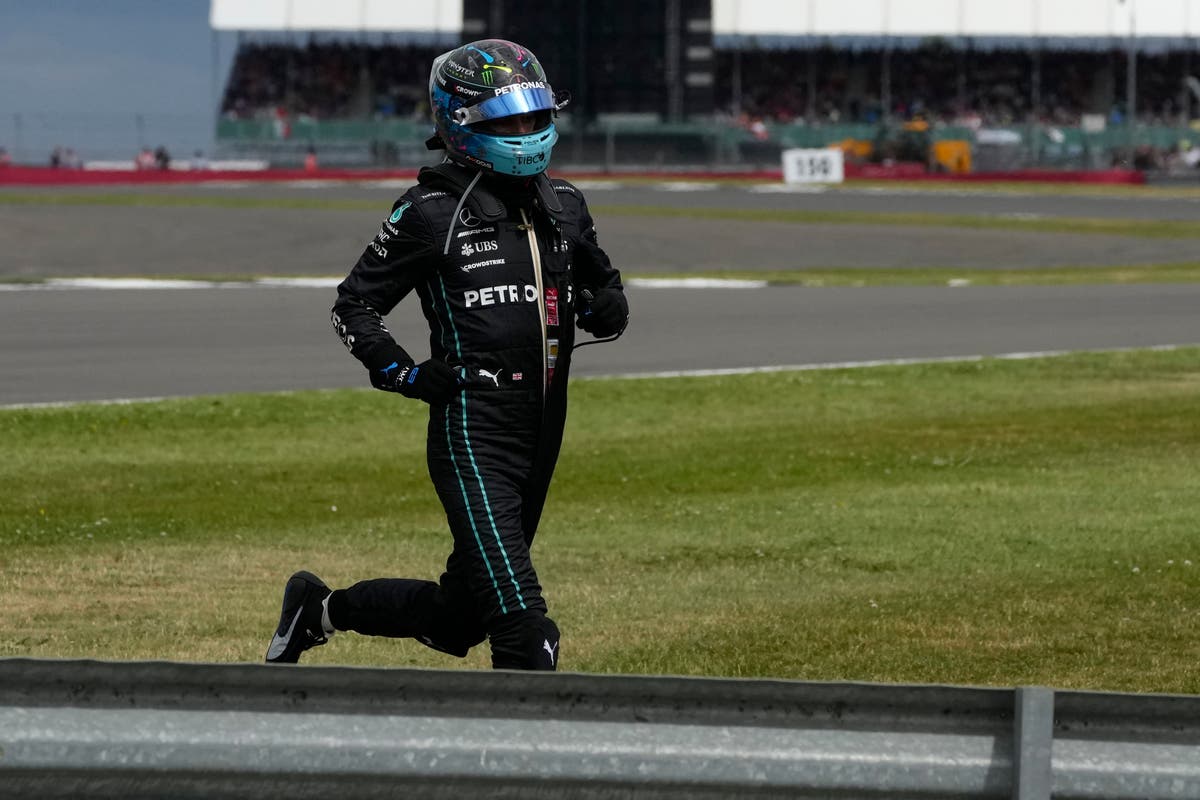 The Chinese driver, whose Alfa Romeo was launched upside down, is now conscious and talking, made contact with the Mercedes of Russell.

Williams’ Alex Albon was also caught up in the alarming accident at Silverstone, which led to a lengthy red flag delay before the race resumed.

The Briton was able to leap out of his car once the race was halted and has explained the situation as it unfolded.

“Absolutely horrific incident,” Russell said. “We took a risk on the hard, we started out of position. There was no grip, I got swamped by all the cars.

“I got touched and I was in the side of Zhou. I jumped out the car to see if Zhou was OK. I couldn’t get it started so ran back to my team. When I came back the car was on the flatbed. It’s frustrating. The car just had a puncture.

“We had the pace to come back from P6. We’re trying [to appeal] but the FIA are adamant. It’s a unique scenario. I can’t really think about it at the moment.”

A spokesperson for Formula One’s governing body said: “The FIA advises that following the start of the race, emergency crews were immediately in attendance and the drivers of car 23 (Albon) and car 24 (Zhou) have been taken to the medical centre.

“Both drivers were conscious and will be evaluated at the medical centre. Further updates will be given in due course.”