Braves win World Series thanks to power, pitching in Game 6 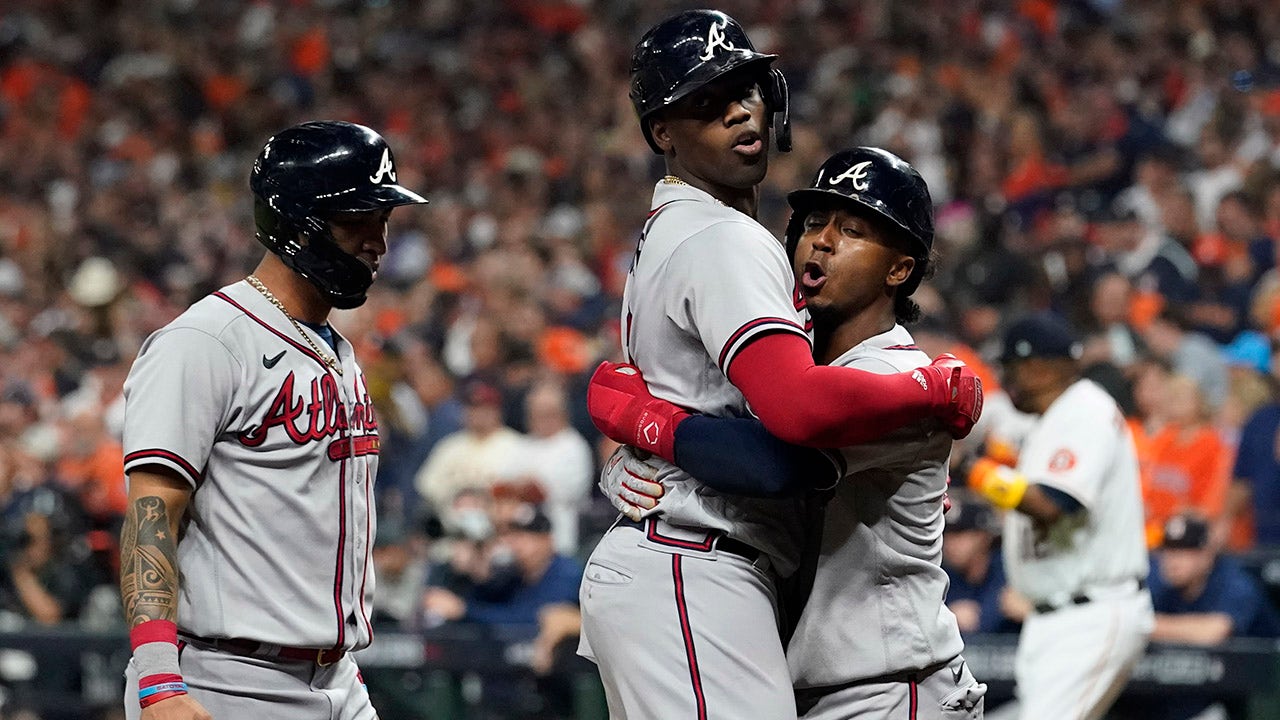 The Atlanta Braves fought through injuries, a tough National League East, a stacked playoff bracket and the best team in the American League and on Tuesday night they can call themselves World Series champions.

Jorge Soler came up in the third inning with two outs and Ozzie Albies and Eddie Rosario on base. He battled with Houston starting pitcher Luis Garcia in an eight-pitch at-bat that ended with a moon shot to left field and over the train tracks at Minute Maid Park.

The home run put the Braves up three runs and the team never looked back.

Atlanta added to their leads in the fifth inning. Dansby Swanson homered to left field off one of the signs just above the seats. The two-run homer gave Atlanta a 5-0 lead. Freddie Freeman added one more run in that inning with a double to score Soler.

While the ball was popping off the bat, the Braves got an immensely clutch performance from Max Fried.

HOUSTON, TEXAS – NOVEMBER 02:  Max Fried #54 of the Atlanta Braves celebrates after retiring the side against the Houston Astros during the sixth inning in Game Six of the World Series at Minute Maid Park on November 02, 2021 in Houston, Texas.
(Elsa/Getty Images)

It looked like the Astros were going to get on Fried early. The young pitcher allowed six runs on seven hits in five innings of work in Game 2 and in the first inning of Game 6, Fried allowed Jose Altuve to single and a defensive mishap allowed Michael Brantley to make it to first base.

The Brantley play became a source of controversy because it didn’t appear the outfielder stepped on first base and instead stepped on Fried’s ankle.

HOUSTON, TEXAS – NOVEMBER 02:  Michael Brantley #23 of the Houston Astros speaks with Kyle Tucker #30 and Jose Siri #26 during a pitching change during the fifth inning against the Atlanta Braves in Game Six of the World Series at Minute Maid Park on November 02, 2021 in Houston, Texas.
(Tom Pennington/Getty Images)

Fried buckled down after that. He allowed just four hits and struck out six in six innings.

The night shift would then take over for the Braves. Tyler Matzek would strike out four Braves batters then turn the ball over to Will Smith to close out the game.

The Braves win their first World Series since 1995 and their second since the team moved from Milwaukee before the start of the 1966 season. The franchise’s history dates back to 1876 when they were the Boston Red Stockings. The team was also known as the Boston Beaneaters, Boston Braves, Boston Bees and Milwaukee Braves. The franchise now has a total of four World Series titles.