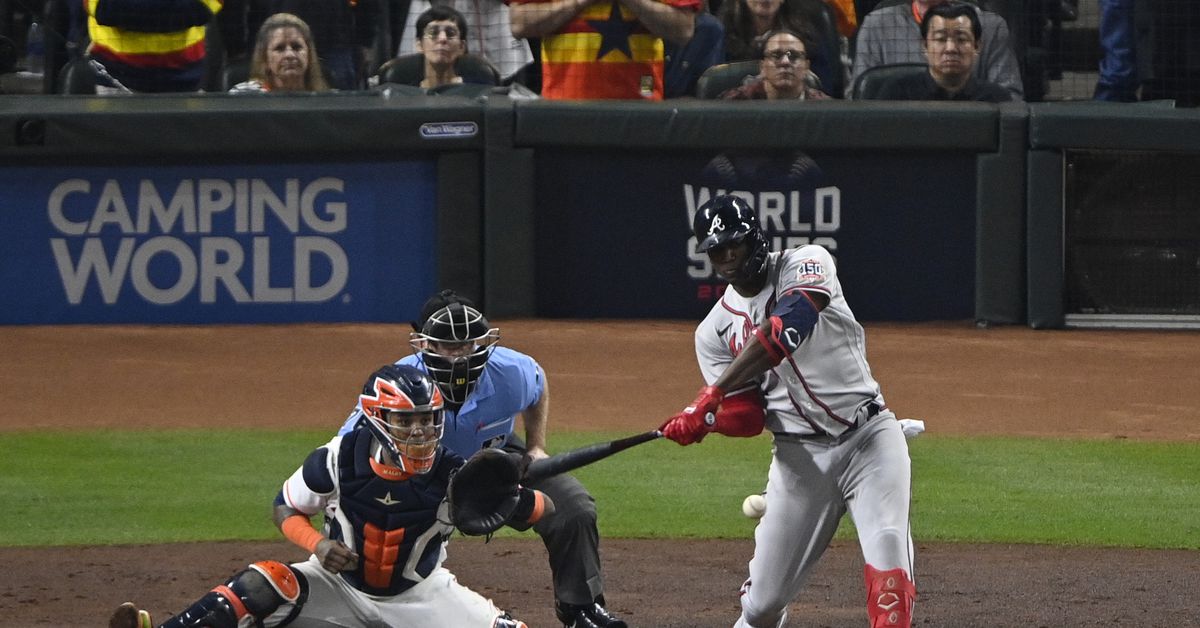 Nov 2 (Reuters) – Atlanta slugger Jorge Soler became the second Cuban to be named Most Valuable Player of the World Series on Tuesday after his monstrous three-run home run in Game Six helped fuel the Braves’ 7-0 win over the Houston Astros.

Soler’s 446-foot blast in the third inning off Astros starter Luis Garcia was the right fielder’s third home run of the seven-game series, which the Braves won 4-2 to snap a 26-year championship drought.

Pitcher Livan Hernandez is the only other Cuban-born player to win the World Series MVP trophy, doing so as a member of the Marlins in 1997.

“Obviously I’m very excited to have the opportunity to be on this team, and I’m extremely excited to be the second Cuban-born player to win this award,” Soler, who also won the World Series with the Cubs in 2016, said through an interpreter.

“I was just really focused during that at-bat,” he said of his nine-pitch showdown with Garcia.

“I felt like he had thrown me every pitch that he had in his arsenal so I just kept fouling them off. I eventually got into that 3-2 count and he hung the slider and I was able to drive it.”

The 29-year-old dropped his bat, thumped his chest and pointed to the Braves dugout after launching the ball deep into the Houston night.

Soler was acquired from the Kansas City Royals at July’s trade deadline with the Braves in need of a consistent hitter and outfielder after losing key players to injuries and off-field issues.

Soler, who is set to become a free agent, hit .300 in the World Series with three homers, six RBIs and three walks.