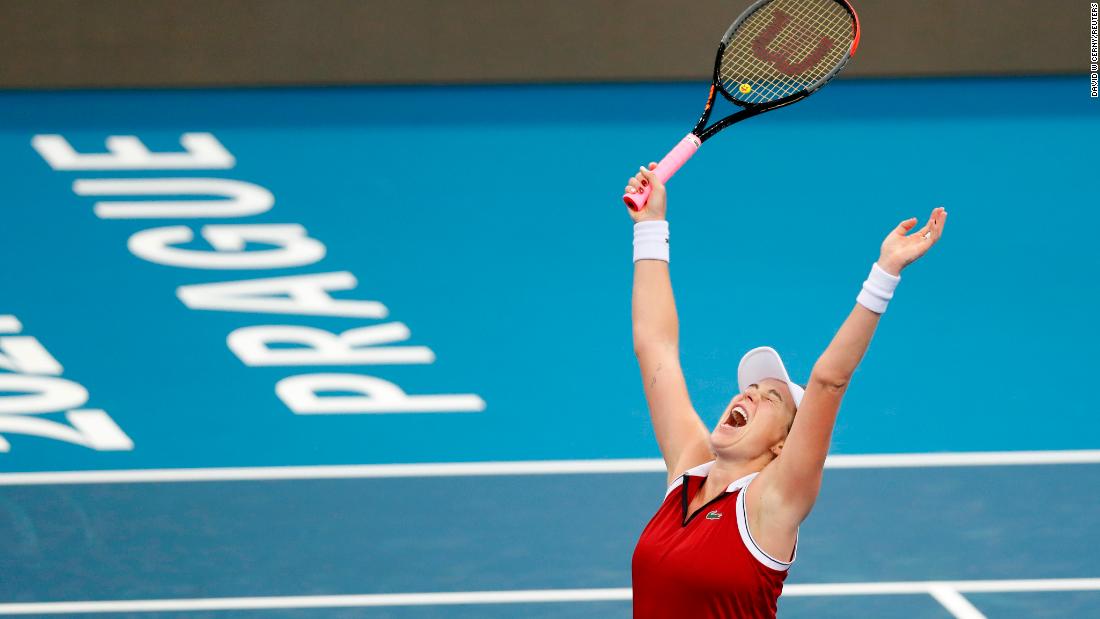 The Russians will face the United States after they beat Spain 2-1 to claim first place in Group C in the day’s other tie inside Prague’s O2 Arena.
The RTF team, whose five players in Prague are ranked inside the world’s top 40, needed to win just one match in their second round-robin tie in Group A after blanking Canada 3-0 in their opener.

Ekaterina Alexandrova lost the first rubber to Clara Burel, leaving Pavlyuchenkova, the highest ranked among the Russian side at 12th, needing to beat the 59th-ranked Cornet to avoid leaving their fate depending on the doubles.

Cornet showed heart against the big-hitting Russian to win the opening set but Pavlyuchenkova found an extra gear and more power to edge a grueling match 5-7 6-4 6-2.

Pavlyuchenkova broke Cornet’s serve three times in the deciding set and converted her first match point with an immaculate drop volley before breaking into a jig with teammate Daria Kasatkina on court.

“I’m really, really tired right now because I gave it all out there physically and emotionally,” Pavlyuchenkova told reporters.

“I didn’t feel so great before the match actually, and in the first set, I was a bit slow for some reason … but in the end, I found this amazing energy and I was in that sort of zone and vibe.”

Burel and Cornet returned to the court for the doubles, hoping to at least help France win the tie but the Russian pair of Liudmila Samsonova and Veronika Kudermetova completely outplayed them in a 6-2 6-1 win.

Under the tournament’s new format, 12 teams have been split into four groups of round-robin play and the group winners progress to Friday’s semifinals, with the final on Saturday.

The United States, record 18-times champions, were under pressure after losing to Slovakia in their opening match and knew only a convincing victory against Spain would be enough.

Sloane Stephens opened up with a 6-4 6-4 victory over Nuria Parrizas Diaz before Danielle Collins thrashed Sara Sorribes Tormo for the loss of only one game to seal victory in the tie.

A straight-sets win for Spanish pair Aliona Bolsova and Rebeka Masarova over Caroline Dolehide and Coco Vandeweghewas was purely academic as Kathy Rinaldi’s US were assured of first place in the group on a superior sets win-loss percentage.

Thursday’s action concludes group play with Australia up against Belarus in Group B and Switzerland taking on the hosts Czech Republic in Group D.