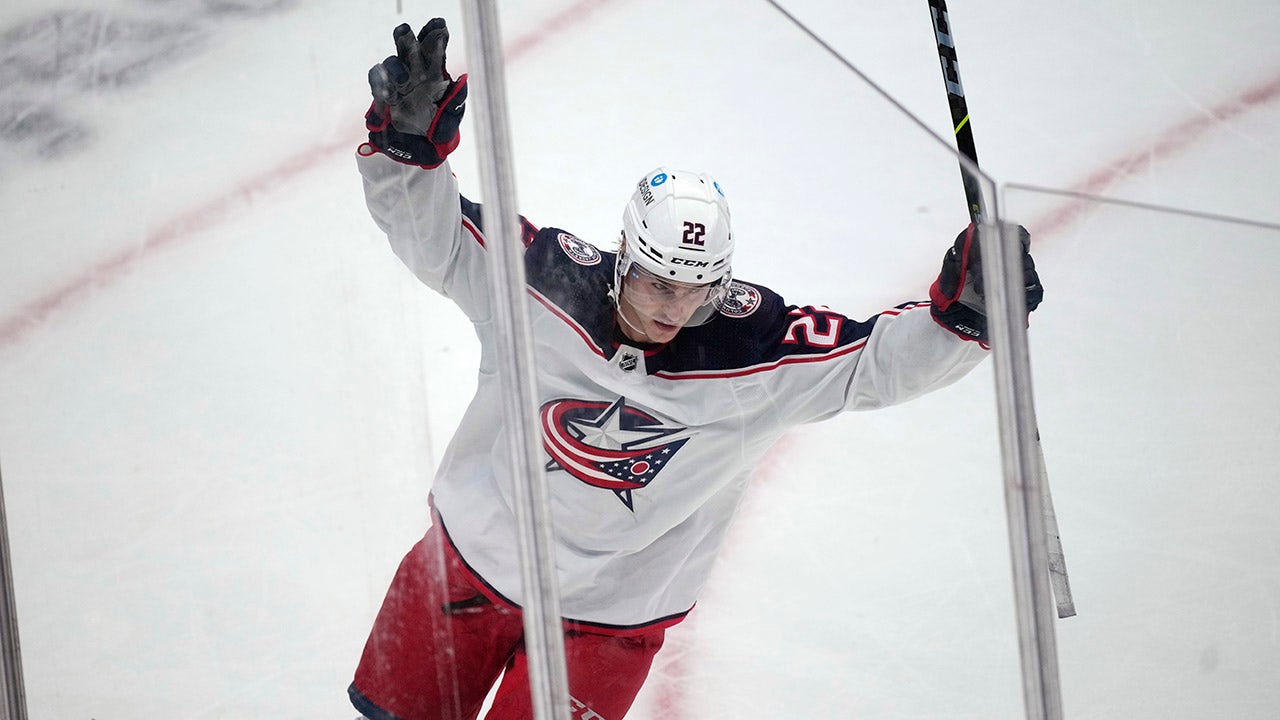 Jake Bean can’t quite believe it.

Not that he found himself so wide open in overtime, but what Cole Sillinger is accomplishing at such a young age.

Bean scored twice, including the winner 1:12 into overtime, and the Columbus Blue Jackets rebounded after surrendering a late two-goal lead, beating the Colorado Avalanche 5-4 on Wednesday night.

The defenseman skated in and lined a shot past Avalanche goaltender Jonas Johansson as the Blue Jackets improved to 4-0 this season in games decided after regulation.

“Low glove is a good place to shoot when you’re not sure where to shoot,” he said.

After the game, Bean and the Blue Jackets gushed about the play of Sillinger, who scored twice and had an assist. Sillinger became the third 18-year-old in Blue Jackets history to record a three-point game, joining Rick Nash and Nikita Filatov, according to NHL Stats.

“It’s getting old talking about this 18-year-old kid,” Columbus coach Brad Larsen said with a chuckle. “It’s not much more you can say about him. He just goes and plays and he plays the right way.”

Sillinger is simply growing more and more comfortable — with the speed of the NHL game, with his teammates, with everything. This was just his ninth game.

“I feel I’ve learned a lot and developed,” Sillinger said.

Boone Jenner also added a goal for the Blue Jackets, who finished their three-game trip with a 2-1 mark.

“Getting this one was huge,” Bean said.

Down 4-2 in the third, Colorado got a goal from J.T. Compher with 3:26 remaining and tied it up on Bowen Byram’s second goal of the game with 52 seconds remaining. Logan O’Connor also scored for Colorado.

Columbus trailed 2-0 late in the second period before scoring four straight to take the lead. Bean got the scoring spree going in the second and Sillinger tied the game 1:13 into the third. Sillinger wasn’t done, knocking in a pass from Gabriel Carlsson over a sliding Avalanche defenseman with 15:34 remaining.

Jenner added another to make it 4-2 and quiet the Ball Arena crowd. Joonas Korpisalo stopped 28 shots.

Colorado pulled Johansson with 1:43 remaining, and after three icing calls a tired Columbus crew saw Byram knock in the tying goal from near the blue line.

“I love the resiliency at the end,” Avalanche coach Jared Bednar said. “It’s just that you can feel the game shift in the second period.”

Nazem Kadri had three assists and Gabriel Landeskog had two. Landeskog now has 300 career assists and moved into 10th place on the franchise’s all-time list.

“They came out harder than we did in the third,” Landeskog explained. “They got some bounces. We make some mistakes. Combined, it’s not a good combination.”

Johansson made 32 saves for the Avalanche.

“We find a way to tie it up and bring it into OT,” Landeskog said. “But not enough.”

Avalanche defensemen Ryan Murray and Jack Johnson have deep ties with Columbus. Murray was the No. 2 overall pick in 2012 by the Blue Jackets and played seven seasons for the organization. Johnson was with Columbus from 2012-18.

“It’s probably more nostalgic for (Murray) now because this is three teams ago for me,” Johnson said.

Added Murray: “It’s a pretty different team over there now than when we were both there.”

Larsen lined up with Hall of Famers such as Joe Sakic, Peter Forsberg, Ray Bourque, Patrick Roy and Rob Blake when he was a forward with Colorado. He played a role in the team hoisting a Stanley Cup in 2000-01.

“The standard was winning the Stanley Cup, that was it,” Larsen said. “To be around that is something I still use now as a coach, those experiences.”

“They were nothing but great to me,” Bednar said.

The Blue Jackets and Avalanche finish a home-and-home set Saturday in Columbus.