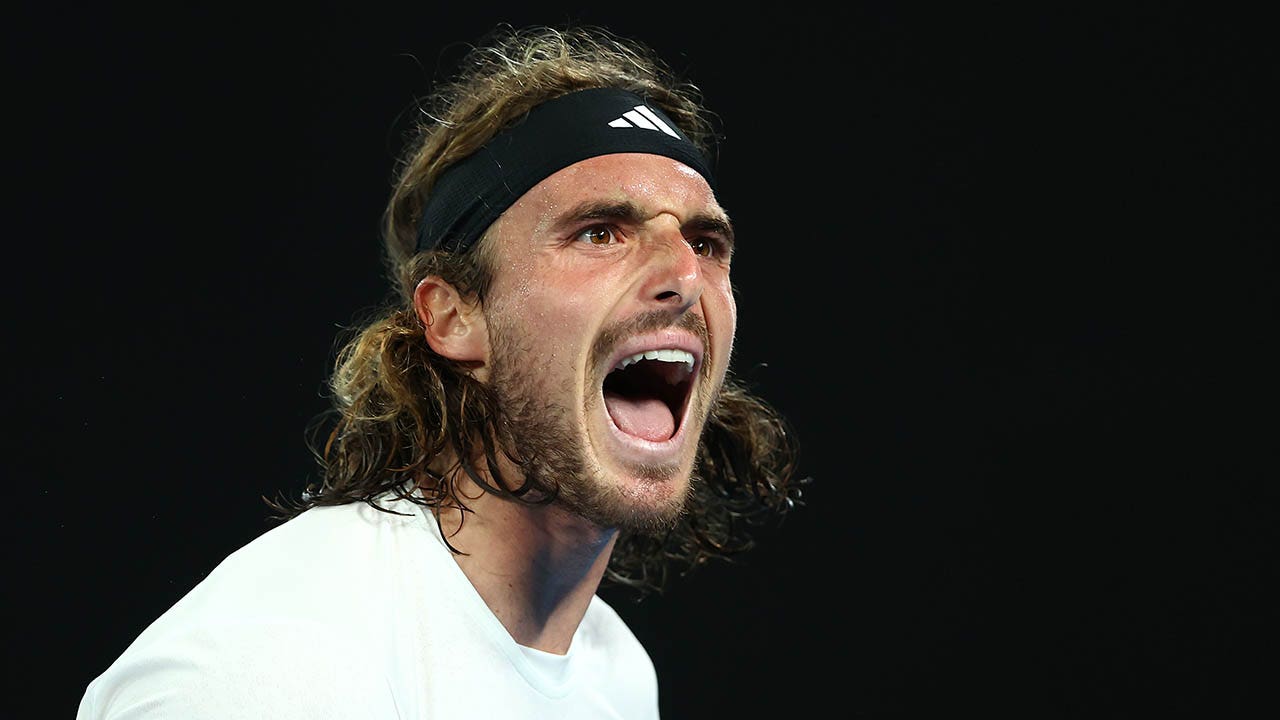 Stefanos Tsitsipas, the current world No. 4 ranked tennis pro, advanced to the semifinal round of the Australian Open on Tuesday after defeating Jiri Lehecka in their quarterfinal match, but the outcome of that match could have been very different because of an outburst Tsitsipas had in reaction to a missed ball.

In the third set and leading by two sets, Tsitsipas missed a return during a short back-and-forth on Lehecka’s serve.

Greece’s Stefanos Tsitsipas hits a return against the Czech Republic’s Jiri Lehecka during their men’s singles quarter-final match on day nine of the Australian Open tennis tournament in Melbourne on Jan. 24, 2023.
(WILLIAM WEST/AFP via Getty Images)

Then, out of frustration, Tsitsipas hits the ball into the wall just as a ball kid passes by to retrieve the ball.

“Tsitsipas just got really lucky,” the broadcasters said of the outburst. “He swings in anger and it nearly hits the ball kid and if it does, he’s shaking hands a loser in this match.”

ATP rules are strict about ball abuse during matches. In 2020, Novak Djokovic was famously disqualified from the U.S. Open after he hit a ball that hit a line judge. As a result, the chair umpire ruled he defaulted the match.

A ball kid moves a moth in the quarterfinal singles match between Greece’s Stefanos Tsitsipas and Czech Republic’s Jiri Lehecka during day nine of the 2023 Australian Open at Melbourne Park on Jan. 24, 2023 in Melbourne, Australia.
(Graham Denholm/Getty Images)

Tsitsipas said during a press conference after the round that he regrets hitting the ball in that manner, but from his point of view, the ball kid was not close enough to get hit.

“I saw the ball kid when the ball came back – you know, I’m a professional tennis player. I was not aiming for the ball kid, obviously. I saw the wall. It just went back towards the wall. The ball kid was, well in my eyes, pretty far away from me.”

“I would have really had to miss to hit that ball kid.”

Greece’s Stefanos Tsitsipas reacts in the quarterfinals singles match against the Czech Republic’s Jiri Lehecka during day nine of the 2023 Australian Open at Melbourne Park on Jan. 24, 2023 in Melbourne, Australia.
(Graham Denholm/Getty Images)

He continued, “Of course, it’s not nice even to hit it back towards the wall. I personally don’t think I hit it too hard. But it doesn’t matter. It doesn’t matter. What I did, I’m definitely not happy about that and I shouldn’t have done it but it was part of the moment. My ball fell short – there was a little bit of frustration there but you know things happen.”

Tsitsipas goes on to play Karen Khachanov of Russia in the semifinals on Thursday.