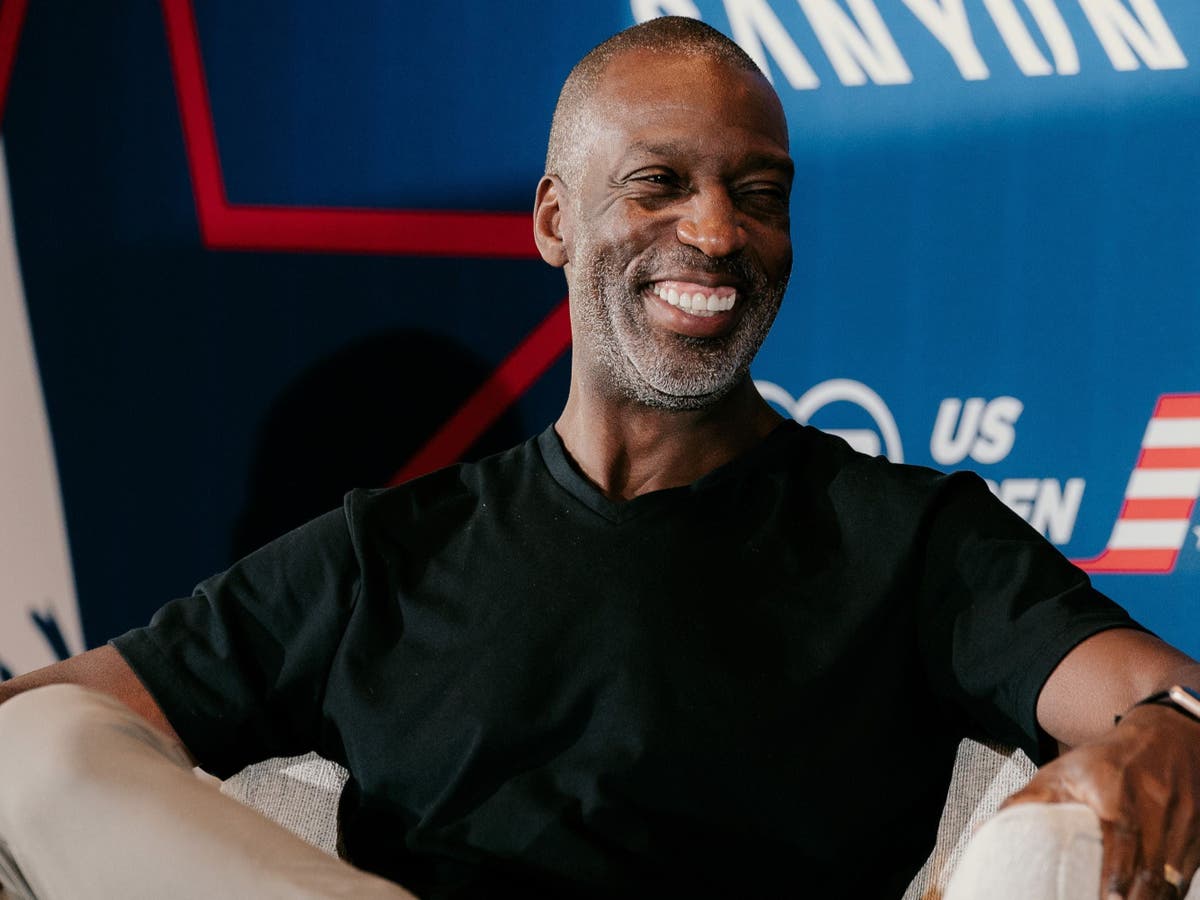 Matthew Hudson-Smith’s glittering summer of success just a year after he tried to take his own life can serve as a beacon of hope and get more people into athletics, claims Michael Johnson.

British 400m star Hudson-Smith, 27, won bronze at the World Championships in Oregon in July before revealing he had endured “three years of absolute hell” after a torrid time with injury and Covid lockdown culminated in a suicide attempt in 2021.

Hudson-Smith went on to make history as the first British athlete to win medals at three different major championships in the same summer after claiming silver at his home Commonwealth Games in Birmingham before defending his European title in Munich.

“It does a great deal of good to see athletes who have had those struggles go on to have success at the highest level, which gives other people hope,” said former 400m world record holder Johnson, speaking as an ambassador at the Professional Triathletes Organisation’s US Open in his hometown of Dallas.

“But it also makes these great athletes human, which I think is great for bringing more fans into a sport.”

American icon Johnson, 55, loved watching Hudson-Smith’s medals in his role as a BBC commentator and praised his decision to speak candidly about his mental health struggles while admitting it is always a personal choice to share such intimate information.

The four-time Olympic champion added: “I was so pleased to see Matt have a very successful summer with a medal at the World Championships and the Commonwealth Games.

“It was a good championship and a good year for him. That’s a very personal story, it’s his choice whether he chooses to share it or not, but he did it.

“Those athletes who decide to share their stories like Matt are important for sports because people sitting at home can identify with that and have been in that same situation.

“It was good to see Matt share his story but even better to see him have so much success after what he’s been through personally and what he revealed about his mental struggle, but also just on the track he has struggled with injuries as well.

“So, in two different ways, he’s sort of overcome both of those things.”

Hudson-Smith, who is from Wolverhampton but now based in Florida, had battled Achilles, hamstring, and hip injuries since 2019 before struggling when separated from his family and stuck in the US during the coronavirus pandemic.

Those fitness issues destroyed Hudson-Smith’s hopes of appearing at a second Olympics in Tokyo last year, having finished eighth at Rio 2016, but he has been a resurgent force in 2022.

After Hudson-Smith topped the podium at the European Championships in August, he reflected on a seismic summer which jolted into life when he broke Iwan Thomas’ 25-year-old one-lap British record at the Diamond League in Oregon in May before scooping a hat-trick of major medals.

He said: “It was a good victory, and I did exactly what I wanted to do, I’m so happy to be European champion again.

“It has been a busy summer, but I am so pleased to be able to compete against the best in the world, there’s not much more you can ask for really.

“This victory is a testimony to my coach and my team around me that we are on the right track, and we’ve delivered this year.”

Hudson-Smith then gave a stirring inspirational message to those watching on after a rollercoaster few years. He said: “Last year was a big low. You fight a lot of struggles and I’m pretty sure everyone in the world has been fighting their own demons.

“But I’m a testimony that there is always light at the end of the tunnel. Everyone who is going through struggles, just fight through it and you will come through.”

:: Michael Johnson was a special guest of the Professional Triathletes Organisation at the PTO US Open in Dallas. The PTO is a new sports body owned by the athletes and seeking to take the sport of triathlon to the next level. For more information, visit www.protriathletes.org