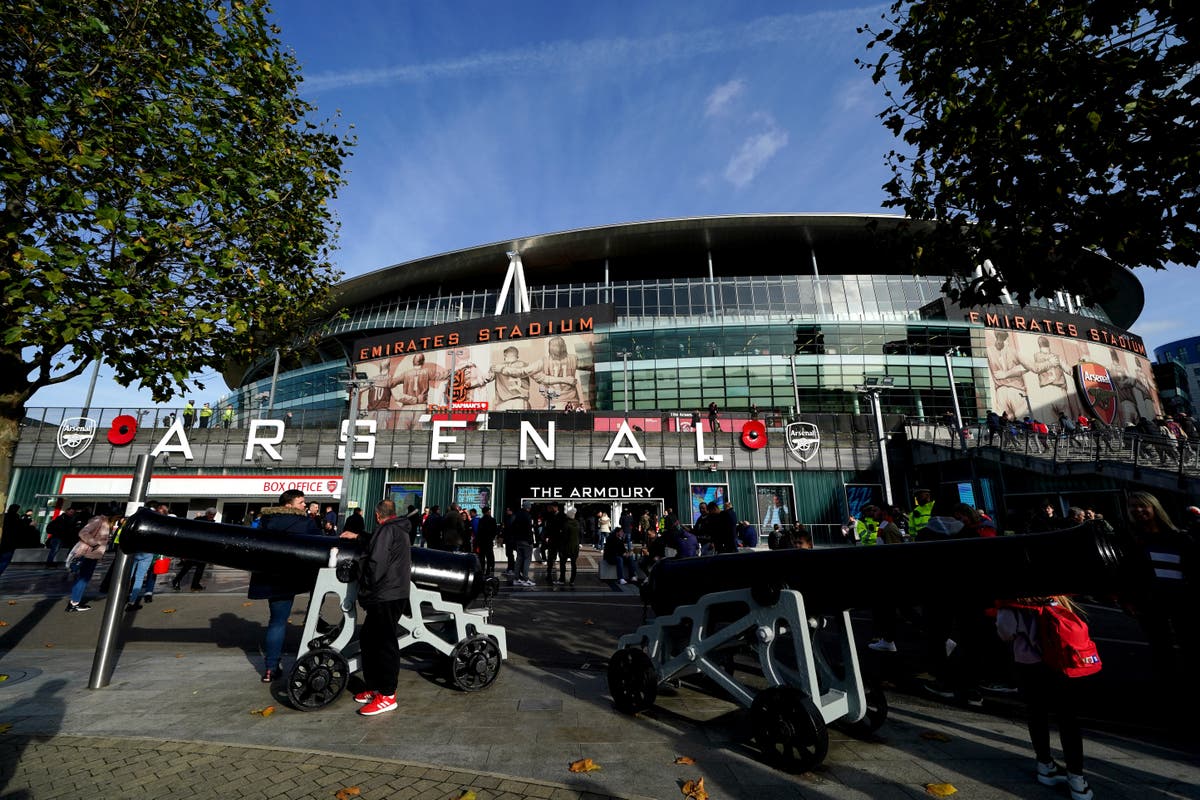 Arsenal have called on supporters to refrain from entering the field of play after a string of such occurrences in recent games – with bans and membership cancellations for those who do encroach.

Thursday’s Carabao Cup semi-final second-leg loss to Liverpool saw two supporters make it from the Emirates Stadium stands and past security onto the pitch, while a third was stopped after the match as he approached the celebrating Liverpool players.

That followed a similar incident in the narrow 2-1 Premier League defeat to Manchester City on New Year’s Day, when missiles were also thrown at the visiting players as they celebrated Rodri’s stoppage-time winner.

Pyrotechnics were also lit at different stages in both matches and Arsenal have moved to remind supporters of the consequences of such actions.

“In recent matches at Emirates Stadium, there have been a number of people who have entered the pitch either during, or after the match has finished,” a statement released to the PA news agency read.

“We strongly remind everyone it is a criminal offence under the Football (Offences) Act 1991 to enter the pitch without prior permission.

“During Thursday night’s match against Liverpool, we sadly witnessed a number of individuals run onto the pitch. This not only disrupts the match, but also has to be managed as a serious security risk to all players, officials and everyone in the stadium.

“All the individuals who encroached onto the pitch on Thursday night were caught by our stewards and subsequently identified.

“These individuals, and others who have encroached onto the pitch recently, have now received a three-year ban from Emirates Stadium. They have also had their memberships from our club terminated and their details have been passed onto the Police for further investigation.

“If anyone is thinking of doing this please refrain, as all football clubs and the Police are taking this matter extremely seriously.

“All perpetrators of public order offences, which includes pitch encroaching and other recent incidents of throwing objects and use of pyrotechnics, will receive lengthy stadium bans and further possible legal sanctions.”

Arsenal’s next home game is against Premier League bottom club Burnley on Sunday.