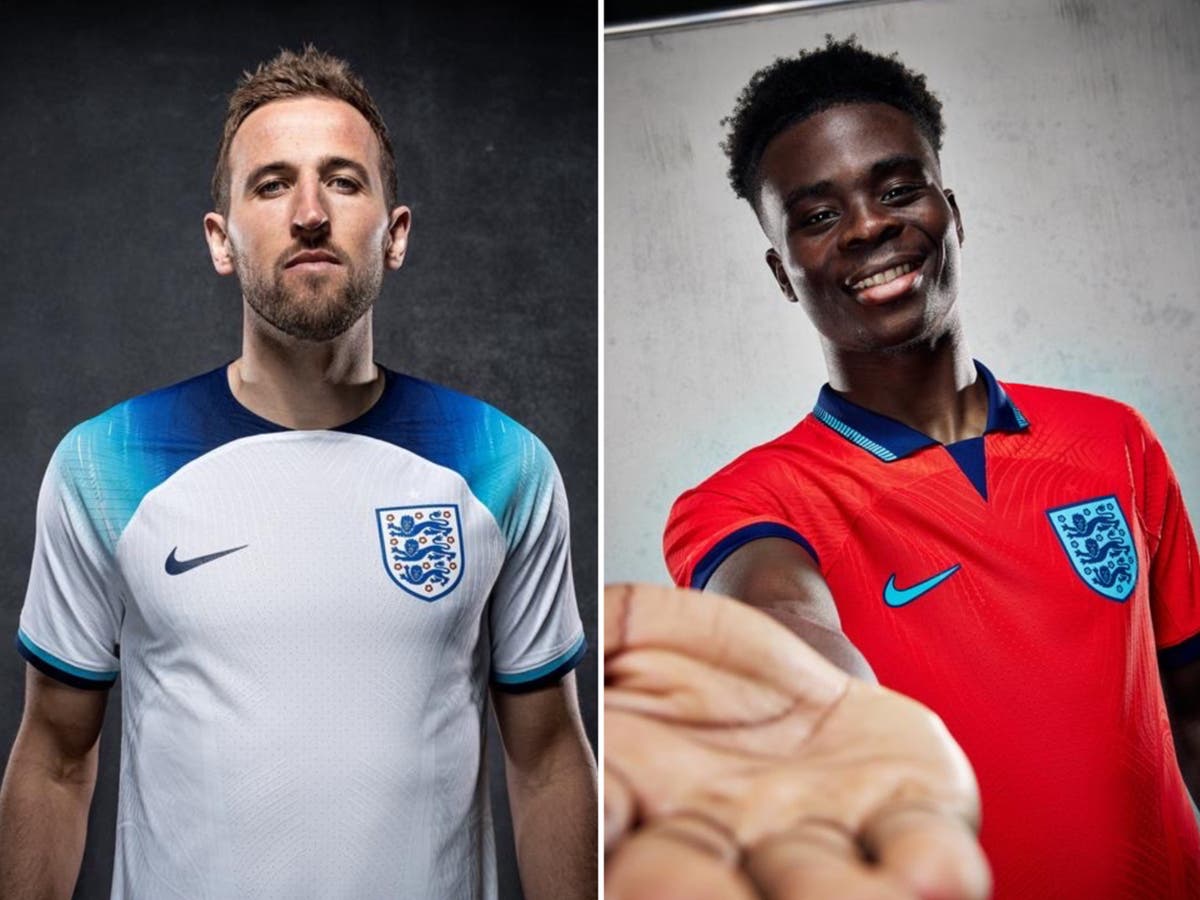 England have released their official kits for the World Cup and it has left fans divided, to say the least, on whether they like it or not.

Gareth Southgate’s side travel to Qatar in November to try and win the trophy the team have not had their hands on since 1966.

The main part of the home shirt looks similar to previous England shirts, the plain white with the Three Lions logo. But the shoulders are covered in a sky blue and navy pattern, with the end of the sleeves also having a blue trim.

The controversial colours are also on the shorts and socks of the full kit. The away shirt, which seems more popular with fans, is red with a blue collar and the Three Lions badge is also in blue.

In their kit reveal, for both their home and away shirts, they said on social media: “We wear the shirt with pride. A closer look at the #ThreeLions‘ new @nikefootball home and away kits!”

Supporters have been reacting in the replies to the tweet and there have been divided opinions.

One fan said: “Why are Nike struggling so much to put a decent home shirt out? The last two have been shocking. Away kit it is for me.”

A different supporter said: “Home kit is absolutely dreadful. Away kit looks like some retro knock off.”

Another said: “Love that away shirt, as long as we play with white or blue shorts and not in all red. The less said about the home shirt the better.”

A fourth wrote: “Did someone actually get paid to come up with that? Terrible.”

But another took a different stance, saying: “People moan when they pick simple minimalistic designs. And then moan when they go all jazzy. You can’t win.”

The kit had initially been leaked last week and, again, the reaction at the time was largely negative.

The away kit did fare better, as Quentin Gesp wrote: “How can you create an awful home shirt and yet one of the most beautiful away ones at the same time? This red 1990s inspired kit is a belter of a shirt for England in the next World Cup in Qatar.”

England will kick off their campaign against Iran on 21 November where they will be donning the home shirt.