Youngkin’s Dance With Trump Was Pivotal. But Is It Repeatable? 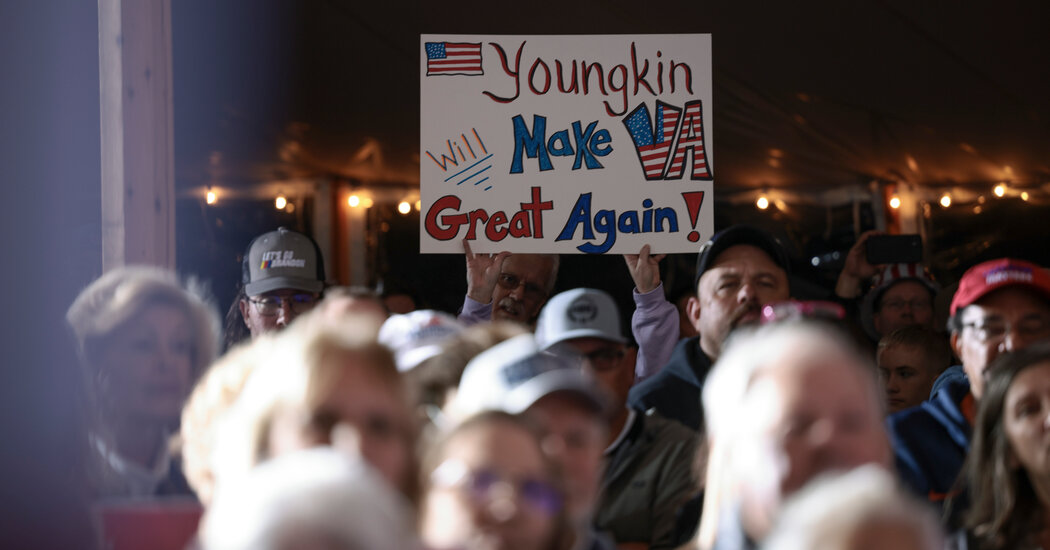 Mr. Youngkin spent $20 million of his own money to subsidize television ads portraying him as a from-the-bootstraps business success, clad in a campaign-logo fleece vest that cemented his image as a suburban dad. Weeks later, Mr. McAuliffe began airing his own ads attacking Mr. Youngkin as a Trump acolyte.

“The win is a credit to Glenn being a uniter and not a divider,” said Barbara Comstock, a “Never-Trump” Republican in Northern Virginia and former congresswoman who backed Mr. Youngkin. “He understands politics is about addition while Trump is about subtraction and division.”

The two sides worked to arrange Mr. Trump’s “tele-rally” on the eve of the election, according to an aide to Mr. Youngkin, but there was no coordination on what the former president would say. Mr. Trump managed not to undermine Mr. Youngkin’s campaign themes.

Mr. Fredericks, the radio host who is friendly with both Mr. Youngkin and Mr. Trump, credited Mr. Youngkin with refraining from adopting a combative Trump style while embracing issues critical to the Trump base, including some white voters’ concerns over how the racial history of America is taught in schools.

“If you look at Youngkin’s campaign issues, they very much mirrored what is critical to America First voters and to the Trump voters’ agenda,” Mr. Fredericks said in an interview on Wednesday. “He did everything he could to embrace Trump voters, but we also understood he had a different style and a different tone.”

Republican voters came out in force not only across Virginia, where Mr. Youngkin’s margins exceeded Mr. Trump’s in every city and county in the state, but also in scores of other contests where the former president did not engage, including in New Jersey and on Long Island. Even in liberal Seattle, a Republican has a wide lead in the election for city attorney in a contest in which the Democrat ran on a platform of abolishing the police.