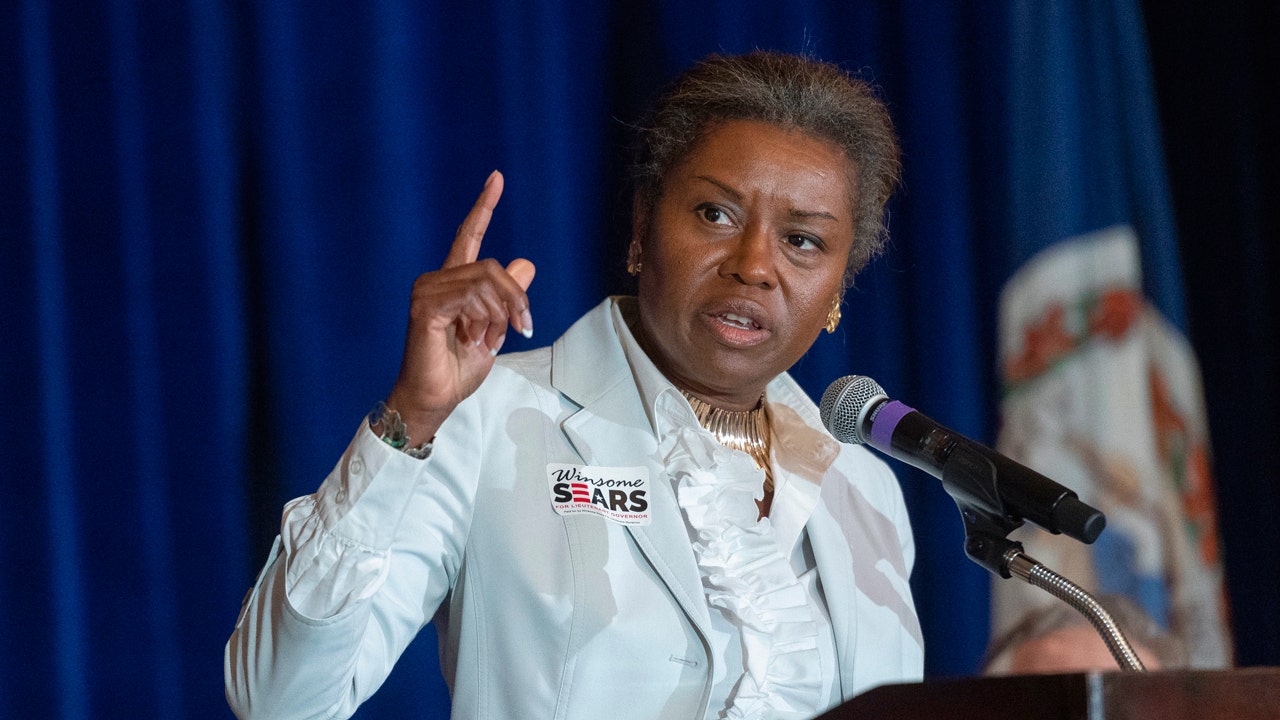 The winner of the lieutenant governor race will become the first woman of color to serve in Virginia’s second-highest elected office in history. The post is considered a crucial political steppingstone, with five of the last 10 lieutenant governors later becoming governor of Virginia.

Sears, 57, is running alongside gubernatorial candidate Glenn Youngkin on the Republican ticket. She would be the first Black woman to win a statewide office in Virginia.

A former Marine, Sears emigrated to the United States from Jamaica as a child. Prior to entering politics, Sears was the director of Salvation Army homeless shelter.

The bid for the lieutenant governor’s office marked a political comeback for Sears, who previously served a single term in Virginia’s House of Delegates from 2002 to 2004.

She was the first Black Republican, the first female military veteran and the first immigration to serve in the legislative body. She did not seek re-election for that seat, instead staging an unsuccessful bid to represent Virginia’s 3rd congressional district in Congress.

After leaving office, Sears served a stint as vice president of the Virginia Board of Education. She also owns an appliance and plumbing repair store in Virginia.

More recently, Sears served as the national chairperson for the Black Americans to Re-Elect President Trump, a position she touted on the campaign trail. She defeated five other Republican candidates to win the party’s nomination for lieutenant governor.

Virginia’s lieutenant governor presides over the state senate and has the authority to cast tiebreaking votes. The office is also second in Virginia’s line of succession, tasked with fulfilling the governor’s duties if they are incapacitated or otherwise unable to perform them.