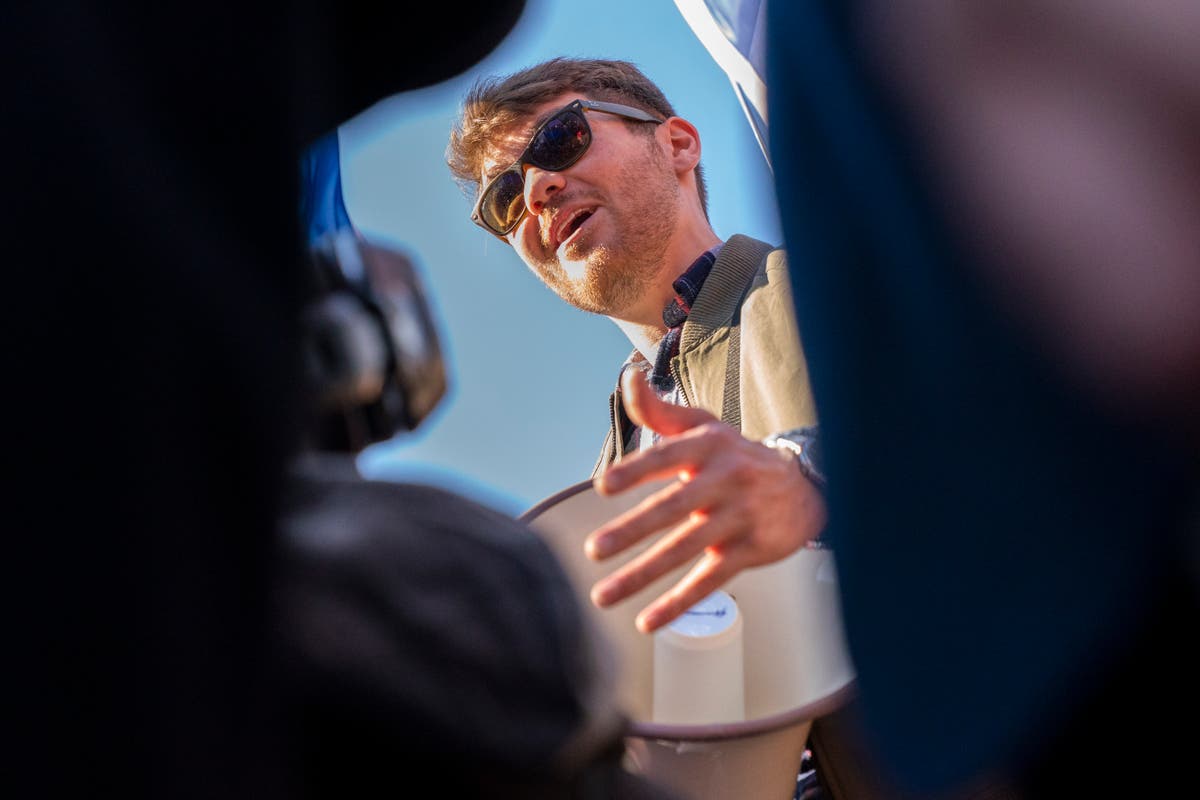 Prominent white nationalist and virulent antisemite Nick Fuentes has returned to Twitter, where he has a verified account.

Mr Fuentes gained more mainstream attention after dining with Donald Trump and Kanye West at the former president’s Mar-a-Lago property last year. Mr Trump has refused to condemn either of the men and their history of rampant antisemitism and Mr Fuentes’s links to neo-Nazism, anti-LGBT+ bigotry and misogyny.

At 7.30am ET, Mr Fuentes posted a meme of the character Patrick from Spongebob Squarepants to announce his return to the social media platform, where new owner Elon Musk has opened the door to white nationalist, neo-Nazi and other far-right extremist accounts.

Mr Fuentes was permanently blocked from the platform in July of 2021.

Following his Mar-a-Lago appearance, Mr Fuentes and the rapper – who has attracted several prominent far-right influencers to his 2024 presidential campaign – appeared on conspiracy theorist Alex Jones’s InfoWars broadcast, where Mr West praised Nazism and Adolf Hitler and denied that the Holocaust happened.

The banner image on his Twitter profile – which includes a blue “verified” checkmark – is a screenshot from that InfoWars appearance.

Mr Fuentes has continued to praise the genocidal fascist, recently saying that “he was also really f****** cool” and “awesome”.

Twitter banned the 24-year-old fascist influencer in 2021 for his “repeated violations” of the platform rules, leading to a wave of far-right accounts flocking to other platforms like Telegram, where Mr Fuentes has more than 53,000 subscribers.

He attempted to evade his ban by returning to Twitter in October of last year after Mr Musk took control of the company, but that account was quickly banned.

After Mr West posted a swastika embedded within a Star of David, he was suspended from the platform, which Mr Musk said “violated our rule against incitement to violence”.

That same day, an account belonging to neo-Nazi Andrew Anglin – the founder of antisemitic white supremacist website The Daily Stormer and a fugitive evading arrest after ignoring a $14m judgment against him related to an antisemitic hrassment campaign – was allowed to return to the platform.

Last year, Mr Fuentes – who rose to prominence among fascist and far-right extremist groups in the wake of the so-called “Unite the Right” rally in Charlottesville, Virginia in 2017 – hosted a white supremacist conference in Florida where he praised Hitler and led a chant supporting Russian President Vladimir Putin at the onset of Russia’s war in Ukraine. Far-right congresswoman Marjorie Taylor Greene also spoke at that conference.

Mr Fuentes and his “Groyper” Christian nationalist supporters also organised and attended “Stop the Steal” events leading up to the attack on the US Capitol on 6 January, 2021. “Stop the Steal” organiser Ali Alexander has joined Mr Fuentes to promote Mr West and his 2024 campaign, which far-right figures have praised for luring them into mainstream channels and towards younger audiences as they shift the so-called “overturn window” of right-wing politics.