‘What is the harm?’ Judge grills Trump lawyer on privilege claims over Capitol riot documents 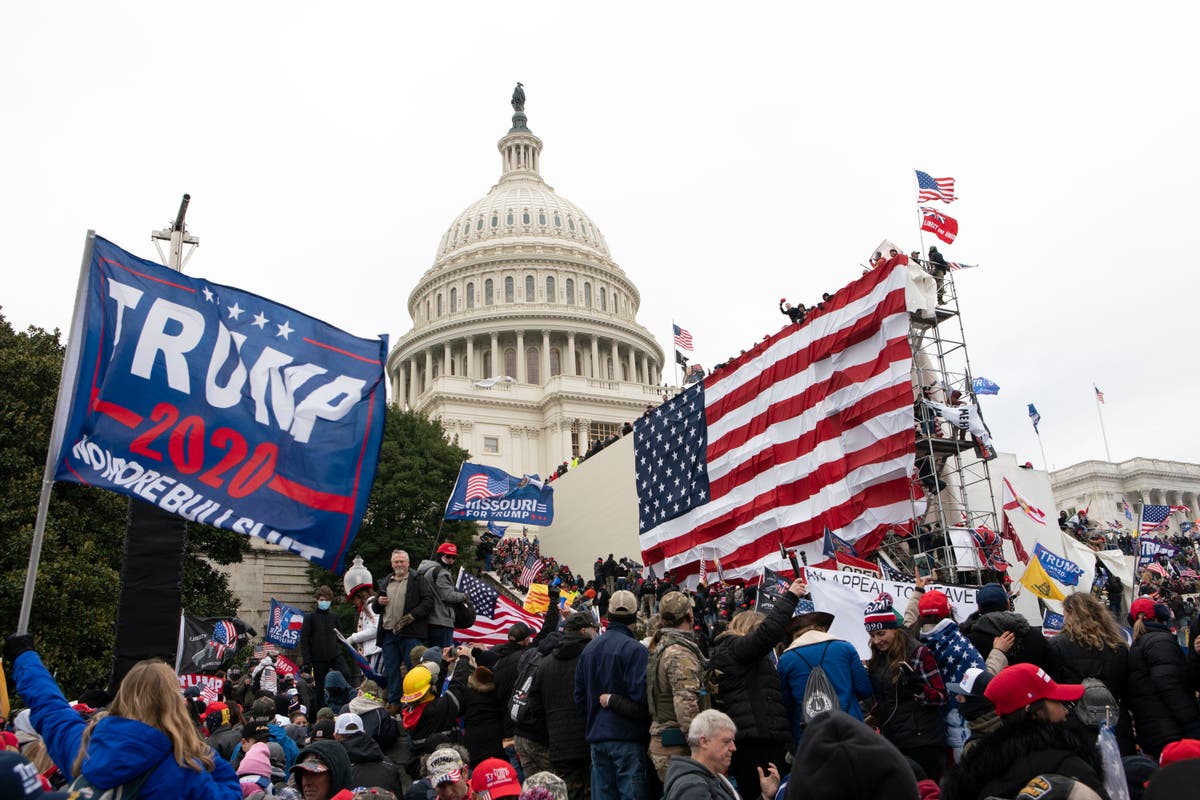 At a virtual hearing before US District Court Judge Tanya Chutkan , Trump attorney Justin Clark said Mr Trump’s ability to invoke executive privilege is not impacted by his status as a former president when it comes to being able to shield his former administration’s records from congress.

“Would you agree that the fact that the plaintiff is no longer sitting president somewhat diminishes the applicability of the privilege issues you’re arguing?” the judge asked.

Mr Clark replied: “No, I don’t think it weakens it,” and suggested that Mr Trump’s rights were even broader than the Supreme Court had found in a previous case pertaining to a sitting president’s private information because the documents requested were government documents that are subject to constitutional privileges.

The veteran GOP attorney also argued that the committee’s requests for records dating back to April 2020 — around the time Mr Trump began claiming that the election would be fraudulent — were overbroad and untethered to any possible legislative purpose.

While Judge Chutkan seemed at least somewhat receptive to Mr Clark’s claims about the breadth of the committee’s requests, she pushed back on the argument that Congress has no right to investigate an attack on its own building.

“Are you saying the president’s notes, talking points, telephone conversation on 6 January for example, have no relation to the matter which Congress is considering legislation? The [6 January] riot happened in the Capitol. That is literally Congress’s house,” she said. The judge also cast doubt on Mr Clark’s claim that many of the documents Congress has asked for are available elsewhere, noting that Mr Trump has pushed many of his former aides to refuse to cooperate with the committee.

Mr Trump filed suit against the committee, select committee chairman Representative Bennie Thompson, Archivist of the United States David Ferriero and the National Archives and Records Administration last month to prevent Mr Ferriero from providing the committee with a wide range of documents it is seeking in its investigation of the worst attack on the US Capitol since the 1814 burning of Washington.

The former president, who has also demanded that former aides who’ve been subpoenaed to provide the committee with documents and testimony refuse to do so, claims that he can use executive privilege — a legal doctrine which protects communications between and president and his advisers — to prevent the numerous documents requested by the committee from being turned over, despite having left office on 20 January of this year.

Records created during the Trump administration passed into Nara’s custody when President Joe Biden was sworn in as Mr Trump’s replacement, and decisions over whether to invoke executive privilege belong to Mr Biden, not Mr Trump. And thus far Mr Biden has declined to assert any privilege claims in response to the committee’s investigation, citing the “unique and extraordinary circumstances” of what happened on 6 January.

But in suing to block the documents’ release, Mr Trump’s attorneys have argued that he is invoking privilege to prevent damage to the institution of the presidency, and that a 1977 Supreme Court case, Nixon v General Services Administration, gives him the right to do so. They also argue that the court should review each document before allowing it to be released.

Yet Judge Chutkan, an appointee of former president Barack Obama who has served on the bench since 2014, didn’t seem to buy Mr Clark’s interpretation of the case.

“I don’t find any support in that case for your argument — the sitting president has waived privilege and agrees that the documents can be turned over — isn’t the person who is best able and in a position to determine executive privilege, the executive?” she asked.

She also pushed back on Mr Clark’s argument that the banking records case applies because Mr Trump would be harmed if Congress can see the documents they’ve requested.

“We’re not talking about commercial proprietary information because all relate to matters before your client became president. We’re talking about documents that are quintessentially about government, are we not?” she said.

Continuing, she asked: “Tell me the harm that would accrue to your client … if documents responsive to the request were produced”.

When Mr Clark said that Mr Trump and other presidents had a “reliance interest” in executive privilege being maintained over administration records, she asked again: “You also said irreparable harm to your client .. if these documents are released, separate from … a violation of executive privilege — what is that harm?”

A short time later, Judge Chutkan suggested that her hands may be tied because Mr Biden has not invoked any privileges in response to the committee’s requests after House of Representatives General Counsel Doug Letter said it would be “a startling thing” for her to impose an injunction on Nara or on the committee.

While she said there might be reason to impose one in a case in which the legislative and executive branches disagreed, “they seem to be in agreement here”.

The judge told attorneys she would rule “expeditiously” before the 12 November deadline for Nara to begin turning documents over to Congress.

Griner swap wasn’t what US hoped for, but what it could get