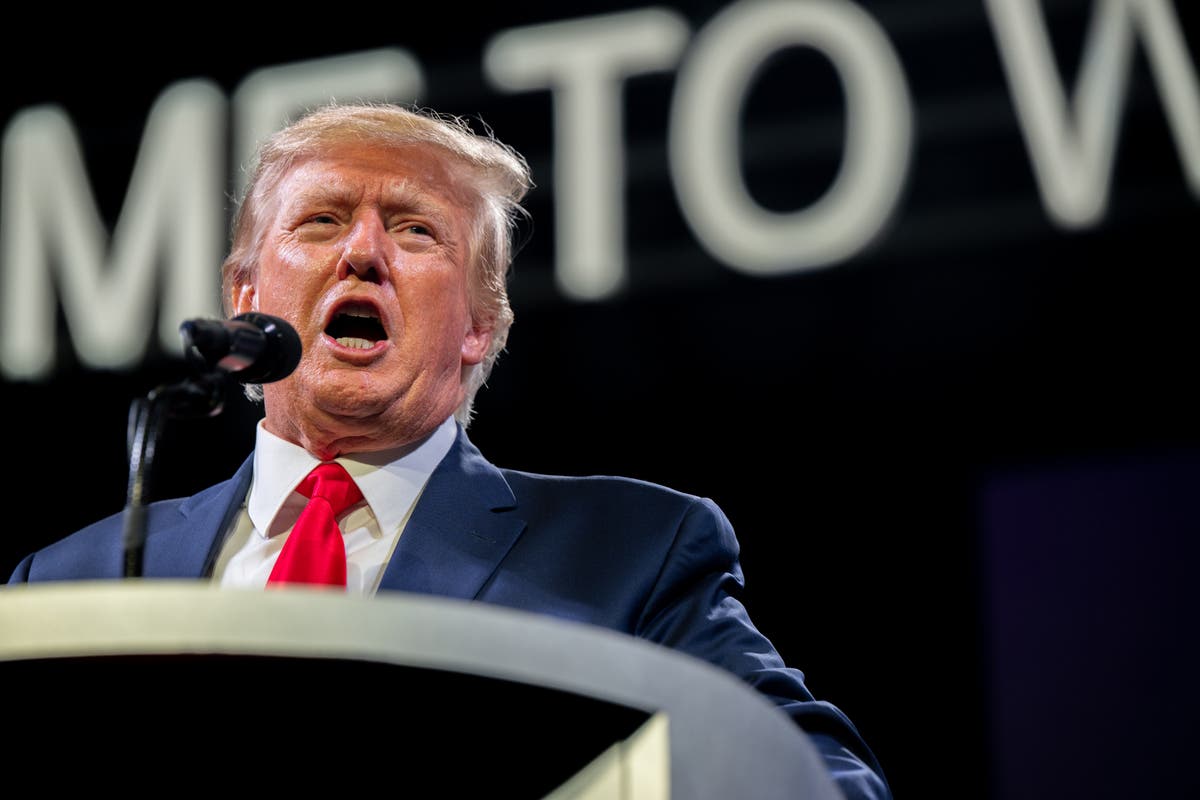 Donald Trump was paranoid about getting pied in the face during his presidency, according to his former personal lawyer and “fixer” Michael Cohen.

Mr Cohen made the claim in a four-hour deposition obtained by The Daily Beast on Monday, saying Mr Trump was so worried about flying pastry that he repeatedly instructed his security detail to “savagely beat” any person who tried.

The disbarred attorney, who served as vice president of the Trump Organization, was testifying as a last-minute witness in a lawsuit where protesters allege that Mr Trump’s private security detail assaulted them outside his infamous Trump Tower skyscraper in New York City back in 2015.

Speaking under oath, Mr Cohen explained how his former boss became fixated on an event where billionaire Bill Gates was attacked with a pie to the face.

“For some reason that upset Mr Trump terribly,” Mr Cohen testified. “We were all instructed that if somebody was to ever throw anything at him, that if that person didn’t end up in the hospital, we’d all be fired.”

When reached for comment by The Daily Beast, Mr Cohen expanded on his testimony to reveal that the former president’s fixation with puff pastry was not a one-time affair, but something that was brought up in the Oval Office “regularly”.

“As he would go out to various different open venues, he would alway remind Keith [Schiller] to keep his eyes open,” Mr Cohen told the news outlet, before adding that it was never “if anyone throws a rock or a bottle”, but instead, “always a pie. He always brought up that pie thing.”

The Independent has reached out to Mr Cohen for comment on the recent deposition.

This recent update in the lawsuit arrives just weeks after a separate deposition, from the same lawsuit, but from the former president himself, revealed that he had a fear of people launching tomatoes at him from the crowd, too.

During that April deposition, the attorney pressed the former reality star about whether he’d instructed his security to “knock the crap” out of any they might see preparing to send a tomato in his direction.

In response, Mr Trump said: “Oh yeah. It was very dangerous,” noting that he and his entourage at the time had felt “threatened”.

When pushed a bit further by the attorney about what specifically the twice-impeached president had been “threatened” with, he responded by telling them “they were going to throw fruit”.

“But we were told. And you get hit with fruits, it’s – no, it’s very violent stuff,” he said during the April deposition.

The ex-president’s former lawyer has quickly become a central figure in this seven-year lawsuit, as his testimony could reveal what exactly Mr Trump ordered to his security chief, Keith Schiller, in the moment before the violent 2015 shutdown.

Though Mr Trump has maintained throughout the years-long litigation that he never ordered anything untoward to his security team, The Daily Beast reports that Mr Cohen’s 9 May testimony points to the contrary.

According to the news outlet, who reportedly viewed a transcript of the testimony, Mr Cohen was in the Trump Tower room on the day of the protest and witnessed the then-presidential nominee call in his chief of security to instruct him about how to handle the growing gathering floors below them.

“Did you see that there’s a demonstration going on?” Trump reportedly asked Mr Schiller, Mr Cohen said in the deposition. “Get rid of them.”

The chief of security reportedly reappeared back in Trump Tower about a half hour later and held a cardboard sign in his hand that videos from that day show he ripped from a demonstrator’s hands in a physical altercation.

“I took the sign. He grabbed me, so I hit him across the side of the head,” the security chief said, according to Mr Cohen’s testimony.

In response, Mr Cohen told attorneys he remembers hearing the former president tell his chief of security, “good” upon hearing about the fight with the protester.

In October, Mr Trump’s account of the same event was quite different.

When asked while under oath if he’d directed Mr Schiller to use force or anything for that matter, Mr Trump told attorneys, “no, I didn’t”.

This same account of events was also corroborated by Mr Schiller himself when he was questioned about it back in 2016.

In addition to pies, it has been revealed through various reports and depositions that the former president is apprehensive towards pineapples, tomatoes and bananas being lobbed at him, while he’s even been panned by the current US president for his baseless claims and fear mongering that windmills cause cancer.