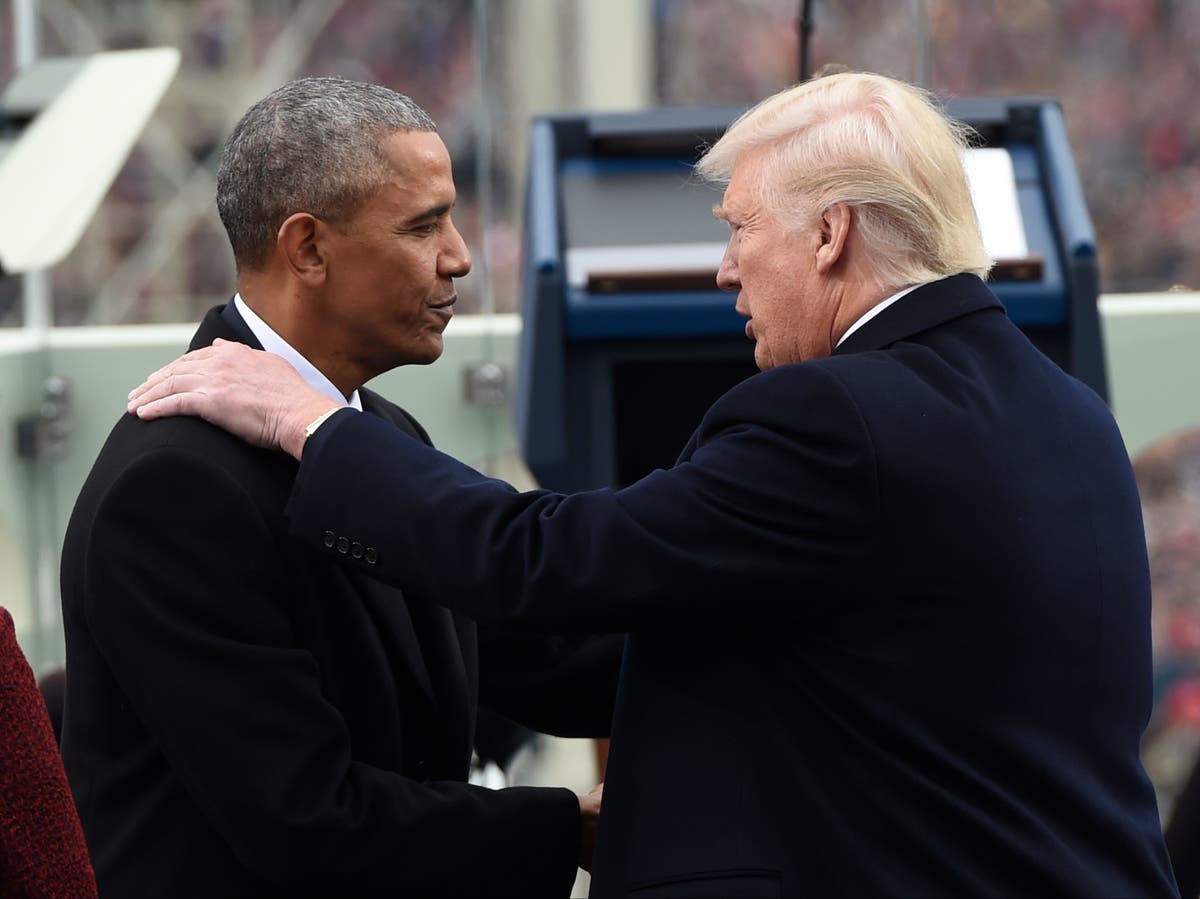 As the FBI’s search warrant for Donald Trump’s Palm Beach residence was unsealed by a Florida judge, the former president continued to propagate a conspiracy theory regarding his predecessor as a way of diverting attention.

Unfortunately for Mr Trump, his efforts on Friday were swiftly and publicly debunked by the National Archives, which rejected his baseless accusation.

In a Truth Social post that came as Attorney General Merrick Garland publicly addressed the Monday search of his Florida resort and home, Mr Trump questioned why the Justice Department was not investigating Barack Obama for presidential records that the Obama presidential library is digitising for later publication.

“I continue to ask, what happened to the 33 million pages taken to Chicago by President Obama?” Mr Trump complained on Thursday afternoon.

“The Fake News Media refuses to talk about that,” he continued. “They want it CANCELED!”

He repeated the allegation on Friday: “President Barack Hussein Obama kept 33 million pages of documents, much of them classified. How many of them pertained to nuclear? Word is, lots!”

And later the same day he wrote on Truth Social about the FBI search of his home and what they took away: “Number one, it was all declassified. Number two, they didn’t need to “seize” anything. They could have had it anytime they wanted without playing politics and breaking into Mar-a-Lago. It was in secured storage, with an additional lock put on as per their request.”

He continued: “They could have had it anytime they wanted—and that includes LONG ago. ALL THEY HAD TO DO WAS ASK. The bigger problem is, what are they going to do with the 33 million pages of documents, many of which are classified, that President Obama took to Chicago?”

The National Archives, which handles the documents of former presidents as the nation’s record keeper, was clearly not thrilled by the implication that it was not doing its job properly with regard to the Presidential Records Act.

On Friday, the archives released a statement, indirectly addressing Mr Trump’s accusations: “The National Archives and Records Administration (NARA) assumed exclusive legal and physical custody of Obama Presidential records when President Barack Obama left office in 2017, in accordance with the Presidential Records Act (PRA). NARA moved approximately 30 million pages of unclassified records to a NARA facility in the Chicago area where they are maintained exclusively by NARA.”

The statement continues: “Additionally, NARA maintains the classified Obama Presidential records in a NARA facility in the Washington, DC, area. As required by the PRA, former President Obama has no control over where and how NARA stores the Presidential records of his Administration.”

Further to the statement, a quick look at the website of the National Archives shows that it contains an extensive explanation, with a Frequently Asked Questions section, pertaining to the arrangements regarding the Obama Presidential Library.

American Prisoners Are Released From Venezuela and Iran