Tied city council race in Portland, Maine, decided by drawing name out of a bowl 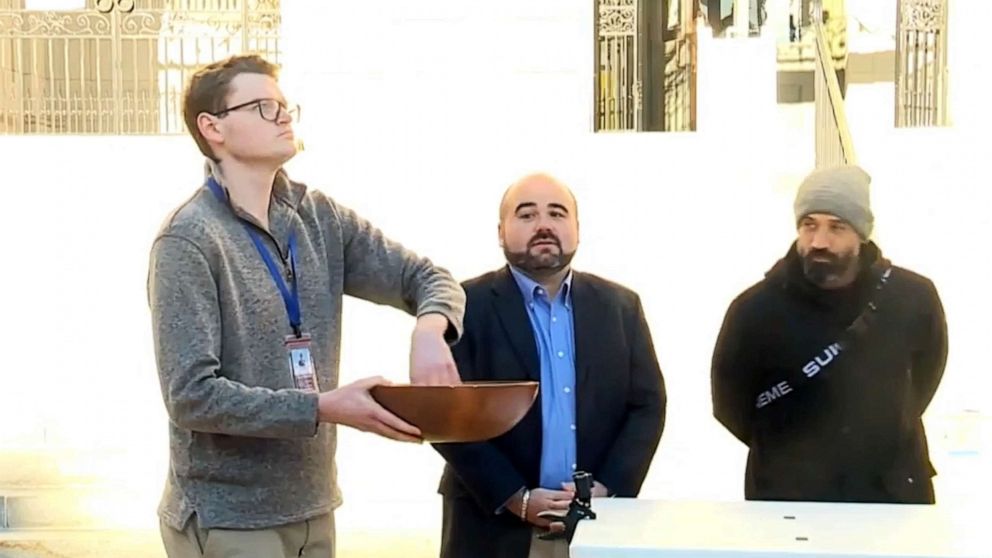 Two candidates got the exact same number of votes in the ranked-choice election.

Hundreds of people in Portland, Maine, turned up Thursday to watch an unprecedented event unfold in local election history: The winner of an open city council seat was chosen by chance, by drawing a name out of a wooden bowl.

None of the four candidates in the race for the city’s at-large council seat won a majority of the vote in Tuesday’s municipal election. The ranked-choice instant runoff determined that two of the candidates — Brandon Mazer and Roberto Rodriguez — were tied with exactly 8,529 votes each.

In the event of a tie, the city’s charter, which was amended in 2011 to adopt rules for administering ranked-choice voting, governs that “the City Clerk shall determine the winner in public by lot” — meaning the winner is selected at random.

So on Thursday morning, City Clerk Katherine Jones brought an antique wooden bowl from home as people gathered on the plaza outside Portland’s City Hall for the public drawing to determine the winner.

Mazer and Rodriguez, who both agreed to the unique process in advance, verified that their names were printed on identical pieces of cardstock paper. They folded the cards in half and placed them in the bowl, at which point Elections Administrator Paul Riley swirled them around while averting his eyes.

He then held the bowl above Jones’ eye line so she could pull out a card. After displaying it to the candidates, she announced the winner into a microphone — Brandon Mazer. Cheers erupted from the crowd, and the two candidates shook hands and embraced.

“I’m incredibly proud of the campaign we ran, and I really appreciate everyone who came out, and this truly shows that every vote matters,” Mazer, an attorney, told ABC Portland, Maine, affiliate WMTW after the drawing.

Rodriguez promptly submitted an official request for a manual recount, which has been scheduled for Nov. 9. If needed, it will continue on Nov. 10. If the outcome changes from the drawing, Rodriguez will be the winner.

“After such a grueling campaign season, to have it come down to chance was a little bit of a shock,” Rodriguez, a member of the Portland School Board, told WMTW. “But, again, you know, this is what the policy says. This is what we’re governed by, and so here we are today.”

“There is going to be a recount. We’re going to make sure every vote is counted,” he added.

Mazer told the station he supports a recount.

The new councilor will be sworn in on Dec. 6 in what is a historic event for the city.

The unusual process sparked some criticism on Facebook, with commenters on a video post of the drawing mockingly suggesting using a dartboard, a coin toss or Rock, Paper, Scissors to determine the winner.

Portland isn’t the only place to decide ties by lot. The winner of a hotly contested Virginia House of Delegates seat in a 2017 race was determined by drawing a name out of a ceramic bowl.