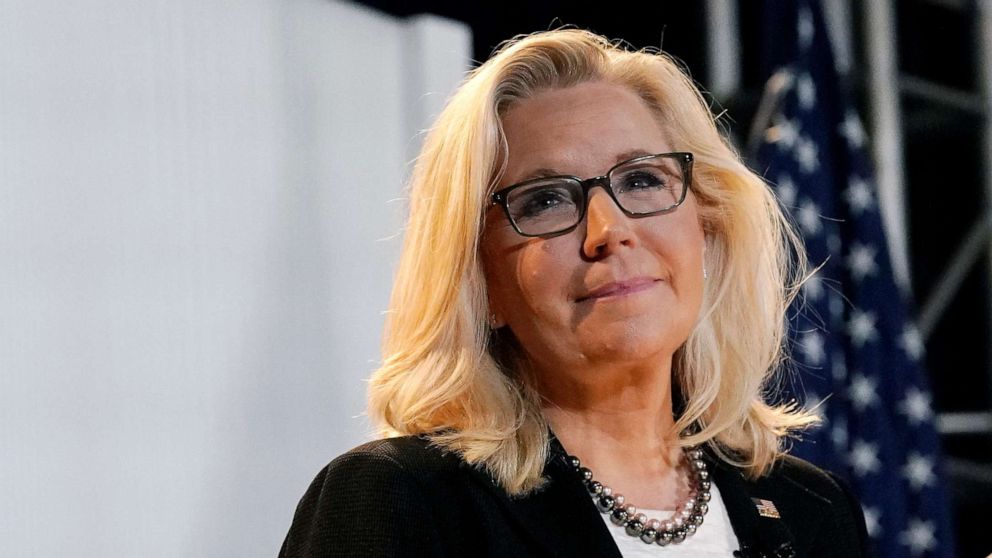 A rush transcript of “This Week with George Stephanopoulos” airing on Sunday, June 26, 2022 on ABC News is below. This copy may not be in its final form, may be updated and may contain minor transcription errors. For previous show transcripts, visit the “This Week” transcript archive.

MARTHA RADDATZ, ABC HOST: Mixed reaction to the Supreme Court ruling Thursday, that the Biden administration could end the Trump era Remain in Mexico immigration policy, which forced thousands of asylum seekers to wait in Mexico while courts processed their cases.

Joining me now to discuss is Homeland Security Secretary is Alejandro Mayorkas. Thank you for joining us this morning Mr. Secretary. And your department says it will end – it will work to end the Remain in Mexico program as soon as legally permissible. So, what does that actually mean? And what is the plan as the border continues to be flooded with migrants?

ALEJANDRO MAYORKAS, DHS SECRETARY: Good morning Martha and thank you so much for having me on the show. We were very pleased with the Supreme Court’s decision, supporting our commitment to end the Remain in Mexico program, which has endemic flaws and causes unjustifiable human tragedy. We need to wait until the Supreme Court’s decision is actually communicated to the lower court, to the federal district court and the Northern District of Texas and once that occurs the district court should lift its injunction that is preventing us from ending the program. So, we have to wait several weeks for that procedural step to be taken.

RADDATZ: And then what is the plan on the border? You really do have migrants flooding that area. The peak was during the Trump administration, May of 2019 at 144 thousand crossings. In May of this year, you hit 240 thousand crossings. You may be telling people to stay away but they keep coming.

MAYORKAS: I think we saw the tragic result of people taking the dangerous journey in San Antonio just recently when 53 people lost their lives in the most horrific of conditions in the back of a trailer truck. We continue to warn people not to take the dangerous journey. We are enforcing our laws and we are working with countries to the south, including our close partner Mexico, but with Guatemala, Honduras, Panama, Costa Rica, Columbia to really address the migration that is throughout the Western Hemisphere.

These are remarkably distinct times, and we have a multifaceted approach, not only to work with our partner countries but to bring law enforcement to bare, to attack the smuggling organizations in an unprecedented way. We are doing so very much. Ultimately however, ultimately because the border has been a challenge for decades, ultimately Congress must pass legislation to once and for all fix our broken immigration system.

RADDATZ: But Mr. Secretary that does not look likely. And you have Congressman Henry Cuellar saying that only about 30 percent of the border patrol are doing missions at check points and the border because the other 70 percent are tied up at detention centers. How do you fix that? Again, the message is not getting out.

MAYORKAS: Well, we are continuing to deliver that message and we will continue to do so. And for the first time since 2011 the president’s fiscal year 2023 budget calls for 300 more border patrol agents. And we are hiring case processors. We are addressing this issue vigorously and aggressively to address the amount of – the number of encounters that we are experiencing at the southern border.

RADDATZ: Just a simple question, do you think it’s working?

MAYORKAS: I think that we are doing a good job, we need to do better. We are focused on doing more and we are doing it with our partners to the south. This is a – this is a phenomenon that not only the United States is experiencing. Columbia now has more than two million Venezuelans within its borders. Costa Rica has indicated that two percent of its population is Nicaraguan and that might rise to five percent.

The migration that is occurring throughout the hemisphere is reflective of the economic downturn. Increase in violence throughout the region. The result of a COVID-19 pandemic. The result of climate change, we’re really in a regional challenge and we are addressing with our regional partners. (Inaudible) Martha.

RADDATZ: And Mr. Secretary…Mr. Secretary I want to go back to the tragedy in that tractor trailer truck with more than 50 migrants dying. Congressman Cuellar who I mentioned before told the San Antonia Express News that the vehicle was waved through at a check point because traffic was backed up. Is that correct?

MAYORKAS: Martha, about 10 to 14 thousand vehicles a day cross through the Laredo checkpoint. The smuggling organizations are extraordinarily sophisticated. They are transnational criminal organizations. When I was prosecuting human smuggling cases back in the 90’s in Los Angeles, California we were addressing much more rudimentary operations. They’re very sophisticated (inaudible).

MAYORKAS: I think that the facts are still under investigation. It’s a criminal case, four individuals have been charged. I won’t speak about the particulars; those facts will be elicited in a court of law as the prosecution proceeds.

RADDATZ: And just quickly, what good are these checkpoints if a truck like that gets through, full of migrants?

MAYORKAS: Those checkpoints are part of a multilayered approach. We’ve rescued so many migrants, but this is why we continue to communicate that the journey – the dangerous journey should not be taken. We are enforcing our laws and people lose their lives at the hands or exploitative smugglers.

RADDATZ: OK, thank you very much for joining us Mr. Secretary and have a good July 4th weekend.

Democrats wait on Biden bounce after string of good news: The Note