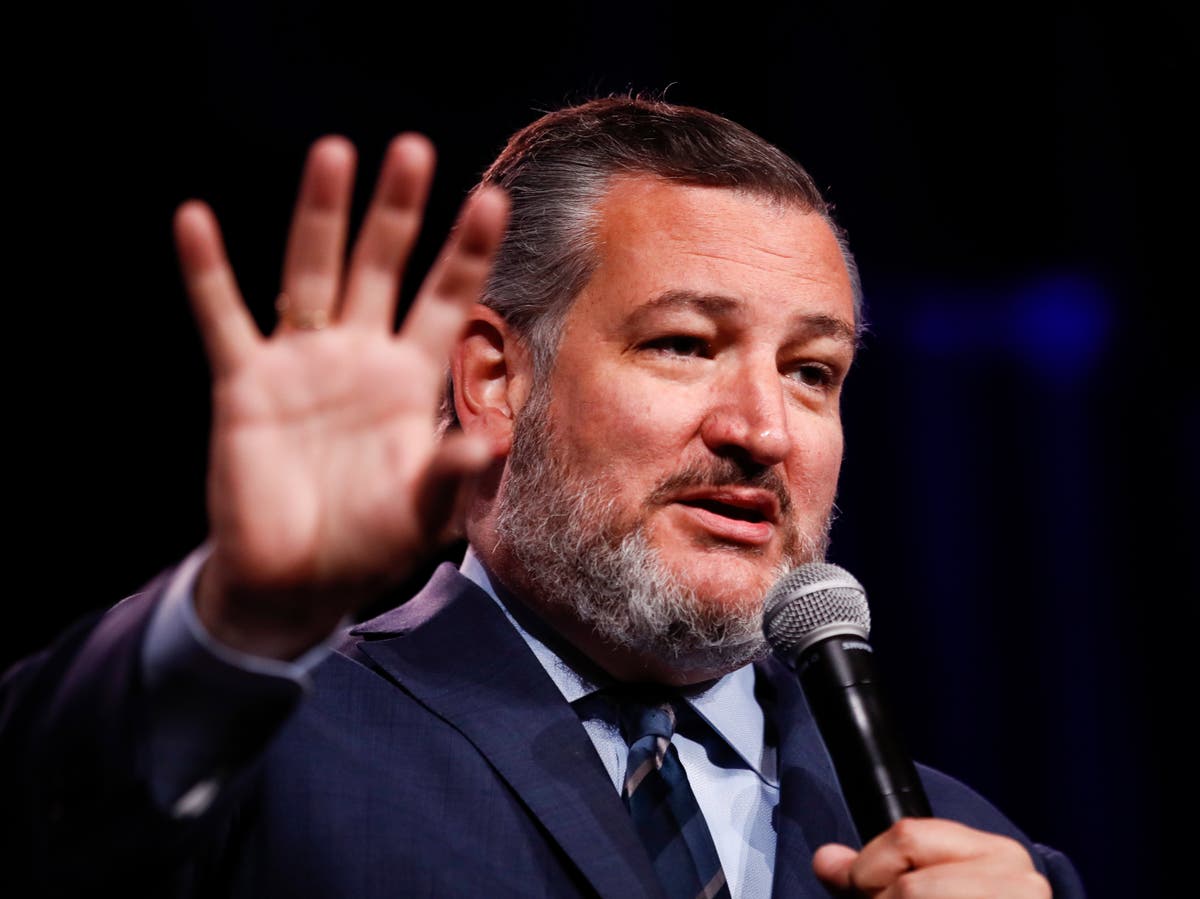 Republican Senator Ted Cruz is being trolled on social media as Texas faces a snowstorm – with online critics harking back to an infamous incident where he fled his disaster-struck home state to go on holiday in Mexico.

Residents of northern Texas were warned to expect heavy snow over Thanksgiving, with the city of Amarillo forecast to receive as many as 24 inches.

The forecast has naturally evoked memories of the disastrous snowstorm of February 2021, which saw large areas of the state lose power, transportation grind to a halt and several people die in their freezing homes.

As that incident unfolded, it transpired that Mr Cruz had abandoned the state and was instead en route to Cancun with his family.

The result was a national outcry at his failure to come to his constituents’ aid; he soon returned to the US, claiming he was only accompanying his family on their journey to the resort and always intended to fly home immediately.

This explanation was not widely accepted at the time, and the incident has permanently tarnished Mr Cruz’s reputation – as people on social media are reminding him now.

Several people tweeted the Texas senator, trolling him about whether he had packed his bags and jetted off to Cancun yet as the winter weather rolled in.

“Major snow storm is going to dump on Texas. Are you packed?” one person asked him.

“Anyone know where Ted Cruz is heading? ‘Freak Storm’ Headed for Texas Could Dump Entire Season of Snow Overnight,” chimed in another.

“North TX has a chance of snow flurries overnight. Have you booked your flight to Cancun?” added someone else.

Adding to a litany of scandals running from the horrifying to the bizarre, it has now been revealed that Mr Walker is expected to benefit from a tax break designed for people whose primary residence is in Texas.