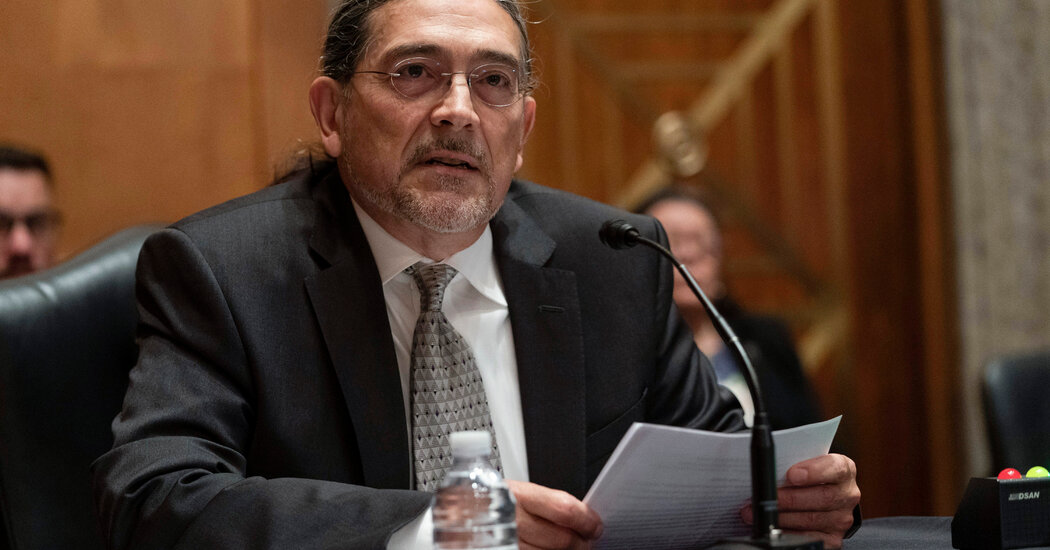 The Senate on Thursday confirmed Robert Santos as head of the Census Bureau, making him the first person of color to serve as permanent director of the agency that counts the United States population, balances the number of electors to the Electoral College and tracks changes to demographics and wealth in the country.

The 58-to-35 vote to fill the position with a permanent director helped bring closure to a tumultuous period in which the previous director resigned out of concern that the agency had become a political weapon under the Trump administration.

In January, the former director, Steven Dillingham, left the job citing concerns that the Trump administration’s threats to deport undocumented immigrants had caused a chilling effect on survey response, undermining accurate population counts during the 2020 census. Mr. Dillingham’s term had been set to expire in December.

The bureau, which has traditionally played a largely apolitical role as a data collection body, also became a political target because of its role in redistricting. Under President Donald J. Trump, the bureau was ordered to tally undocumented immigrants in what Democratic strategists saw as an effort to strip immigrants from the population count used to allocate House seats.

Many see the nomination of a Latino to head the bureau as symbolic of a reversal in course under the Biden administration.

“I think a lot of the controversy in 2020 and ongoing has been about people of color or immigrants, or who’s counted, who’s in, who’s out, and those kinds of issue perennially come up,” said Carl Tobias, a law professor at the University of Richmond in Virginia. “So I think it’s valuable to have somebody who is a person of color in that position.”

Mr. Santos is also a prominent statistician who drew support from a number of Republicans in a hearing before the Homeland Security and Governmental Affairs Committee in August, including Senators Mitt Romney of Utah, Rob Portman of Ohio and Ron Johnson of Wisconsin. Mr. Romney and Mr. Portman were among the 10 Republican senators who joined 48 Democrats to confirm Mr. Santos.

Mr. Santos currently serves as vice president and chief methodologist at the Urban Institute in Washington and has worked extensively in survey sampling, studying outreach to undocumented immigrants, refugees and other disadvantaged populations.

Mr. Santos will step in to oversee a department that has been severely hampered in its efforts by the pandemic, which forced the 2020 census to be conducted with a host of unfamiliar challenges, including mail delays and novel difficulties reaching people by phone or in person. He will be tasked with managing these challenges through his five-year term, which ends in 2026.

Democrats hailed the vote as a key addition to the Biden administration and one designed to restore the nonpartisan nature of the job.

“We need to protect our census from the pressures of partisan politics, and Mr. Santos is a perfect fit,” Senator Chuck Schumer of New York, the majority leader, said in a statement. “I am confident that Mr. Santos will restore trust and integrity to one of the most important agencies in government.”

Though Mr. Santos’s work will hold deep implications for the political landscape and will produce the reports that inform domestic economic policy, he has stressed that he would not let politics shape his responsibilities.

“Although this is a political appointment, I am no politician,” he said at his confirmation hearing in July.