Ridley-Thomas’ district gets a caretaker, but no word on a voting member 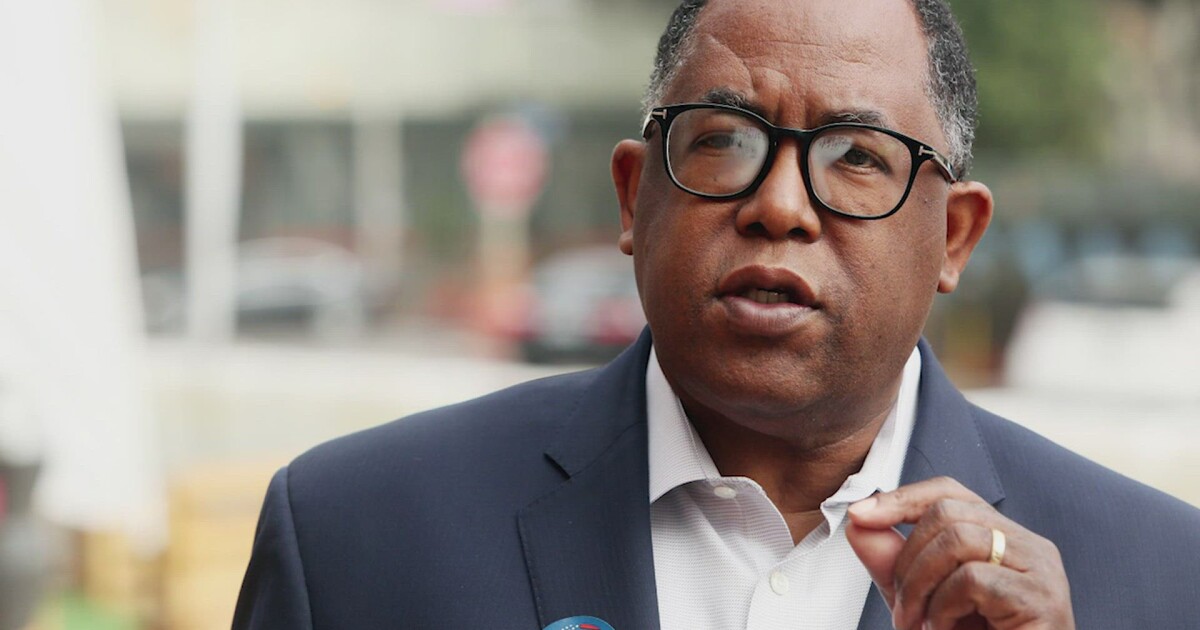 Two weeks after the Los Angeles City Council suspended Councilman Mark Ridley-Thomas, it is unclear whether the City Council will appoint a voting member to fill the vacant district seat.

The City Council voted 11 to 3 last month to immediately suspend Ridley-Thomas, a veteran South Los Angeles politician who has been indicted on conspiracy, bribery and other charges. City officials also cut off his $223,800 salary.

Federal prosecutors allege that Ridley-Thomas, while serving on the county Board of Supervisors, conspired with the former dean of USC’s School of Social Work to steer county money to the university. In return, Ridley-Thomas’ son Sebastian was admitted to USC’s graduate school and given a full-tuition scholarship and a paid professorship, prosecutors allege.

Ridley-Thomas and former dean Marilyn Flynn have both pleaded not guilty.

Ridley-Thomas’ suspension means that the City Council can appoint someone to the vacant council seat, giving residents in District 10 — which takes in Koreatown, Mid-City and South L.A. — representation on the council. The council could also hold a special election for the seat.

Sophie Gilchrist, a spokeswoman for City Council President Nury Martinez said Tuesday that her office is “looking at all options.”

On Monday, Martinez appointed Ridley-Thomas’ chief of staff, Karly Katona, as the caretaker for the district. As caretaker, Katona will not be a council member or have voting powers, Gilchrist said.

Robert Sausedo, who heads a South L.A. nonprofit focused on housing, jobs and anti-gang work and formerly worked for Ridley-Thomas, criticized the council for removing the councilman before he had his day in court.

If the council moves ahead with an appointment, it should be “a voting member who is from the community and reflects the diversity of thinking, and people, of the community,” Sausedo said.

In 2019, the City Council appointed former Councilman Greig Smith to temporarily fill the council seat vacated by City Councilman Mitchell Englander, who resigned to take an outside job. A special election for the seat was eventually held.

Englander was later sentenced to prison for lying to federal authorities about his dealings with a businessman who provided him $15,000 in secret cash payments and other gifts.

Last year, the council suspended then-Councilman Jose Huizar after he was charged in an alleged pay-to-play scheme. City Councilman Kevin de León, who had won election to represent the district, took over the seat early.

Katona has worked for Ridley-Thomas since 2008 and served as his chief of staff for about a year, according to her LinkedIn profile.

“The Tenth District team is committed to serving the residents of the district,” Katona wrote in an email to The Times. “We will continue addressing the diverse needs of constituents and advancing an equity-based agenda that reimagines public safety and community well-being across the district.”

Ridley-Thomas’ attorney, Michael Proctor, wrote a letter two weeks ago to City Atty. Mike Feuer and the City Council, warning that any suspension of Ridley-Thomas “would be immediately subject to challenge in court.”

Ridley-Thomas’ attorney didn’t respond to a request for comment Tuesday.