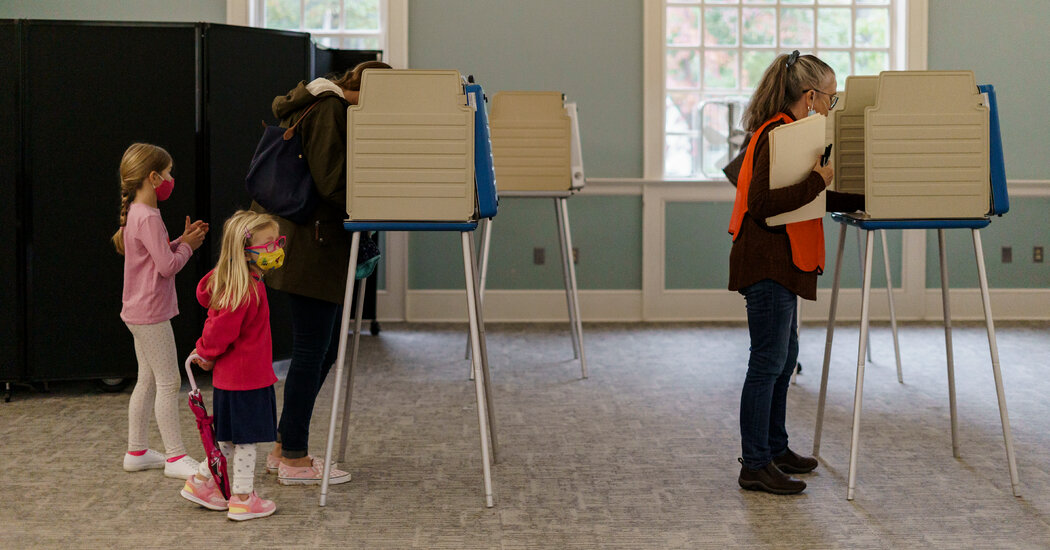 Katie Paris, a party activist who runs Red, Wine and Blue, a group that works to mobilize suburban women, said that even as she warned that attacks over critical race theory had been “spreading like wildfire,” her pleas for resources had gone largely unanswered by party donors and officials.

“These outside forces have come for our schools and our communities, and at the highest levels within the Democratic Party, people have just said, ‘Well, don’t talk about it,’” she said. “The unwillingness to engage in this was a big mistake, and it will be in 2022, too.”

Rashad Robinson, the president of the racial justice organization Color of Change, expressed a similar concern, saying that Democrats’ reluctance to defend the need for public schools to teach honestly about race had left the party at a disadvantage.

Democrats, he said, “don’t show up when the conversation gets tough.”

“Critical race theory isn’t being taught, but we need to actually tell people what is being taught and why this is a strategy to prevent our kids from learning about all of our history,” said Mr. Robinson, who has advised Democratic strategists and candidates about their messaging on the issue. “It’s about banning Black history, but it’s also about banning American history.”

The issue, some party strategists admitted, is particularly complicated for Democrats who rely on teachers’ unions for financial and volunteer support. National and state union leaders drew public ire for slowing the reopening of schools even after teachers were given early access to vaccines. In the final days of the Virginia campaign, Mr. McAuliffe appeared with Randi Weingarten, the influential president of the American Federation of Teachers, which drew rebukes from Republicans.

After the election, Ms. Weingarten blamed Mr. McAuliffe’s defeat on his comment that he did not believe “parents should be telling schools what they should teach.” But she also chided Democrats for their timidity, warning that tough conversations were needed to rebuild trust between parents and their schools.

There are signs of limitations to the Republican approach. Though the party poured outside money and advertising into school board races — typically sleepy local affairs — the early results were mixed, with conservative candidates losing in Wisconsin, Connecticut and Minnesota.