‘People want us to get things done,’ Biden says in response to Tuesday’s election losses 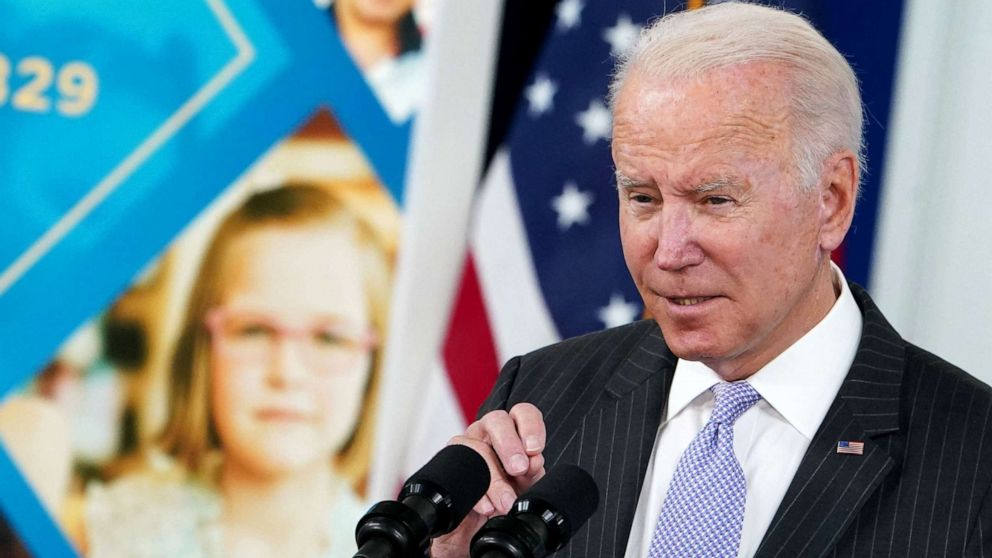 President Joe Biden on Wednesday reiterated calls for his own party to move hastily on his legislative agenda following a punishing election night for Democrats.

When asked if he bore any of the blame for the loss in Virginia, Biden demurred.

“It should have passed before Election Day,” Biden said of his agenda. “But I’m not sure that I would be able to have changed the number of very conservative folks who turned out and the red districts who were Trump voters.”

Democratic lawmakers appear to be feeling the pressure. On Wednesday, some said it was more urgent than ever to pass Biden’s legislative agenda, pointing to a lack of deliverables they say may have soured voters on Tuesday.

Democrats have been paralyzed on a path forward for Biden’s social spending plan and a separate massive bipartisan infrastructure bill for months. Senators say McAuliffe’s loss and the razor-thin margin in New Jersey’s gubernatorial race are voter responses to that inaction.

“Democrats let Terry down,” Virginia Democrat Tim Kaine said Wednesday. “If we had done the infrastructure and reconciliation bills in October that we will almost certainly do by the end of the month, it would have been extremely helpful to him because it would have meant that Democrats are doers, Democrats deliver things that people care about in suburban communities.”

Democrats have struggled for months to find their way out of a complex political maze they set for themselves in the face of unified Republican opposition to Biden’s social spending agenda. Earlier this year, leadership tied a $1 trillion infrastructure package that includes funding for roads, bridges, waterways and broadband, to a separate social spending package that was yet to be drafted. They vowed one would not progress without the other.

The Senate passed the $1 trillion infrastructure package in August, but it is still negotiating over the social spending package. The House has not yet held a vote on either bill as a result. It may finally vote on both packages as early as this week — too late to impact Tuesday’s election results.

“Only in Washington could people think that it is a smart strategy to take a once-in-a-generation investment in infrastructure and prevent your president from signing that bill into law and that’s somehow a good strategy,” Warner said. “It’s not just about the substance of the bill, it’s about showing that you can govern in a way that affects people’s lives.”

Moderate Sen. Joe Manchin, D-W.Va., has been demanding a House vote on the infrastructure bill for weeks. McAuliffe’s loss is just another sign that it’s time, Manchin said Wednesday.

But Manchin is perhaps the most insurmountable obstacle in the Democratic quest to pass “Build Back Better” because of his opposition to several provisions in the president’s framework, including an expansion of Medicare and paid family leave.

Manchin reiterated Wednesday concerns about cost and inflation, the same point Republicans successfully used to campaign against Biden’s agenda. But Democrats Wednesday said their losses were about a lack of deliverables, not a rejection of the overall plan.

Asked whether voters were pushing back on progressive policies, Democratic Whip Dick Durbin of Illinois said he didn’t believe so.

When it’s finally done, Durbin said he believes “America will receive it, I think, in a positive way.”

“Congress has to deliver,” Blumenthal said. “The window is closing. We have no more time. We need to get it done.”

Democrats fear that unless they can make significant movement on Biden’s policy, the Virginia race could prove to be a bellwether for the 2022 midterms.

“I’m worried not just in Virginia, I’m worried across the country,” Warner said Wednesday. “We’ve got to show that we can deliver in a pragmatic way that affects people’s lives.”

“There’s no time left,” Durbin said. “This warning to us came early enough for us to do something about it, and now we have to respond.”

And if there was any room for doubt about what he wants from Democrats on Capitol Hill, Biden turned as he exited the stage Wednesday, giving a direct order: “Get it to my desk.”