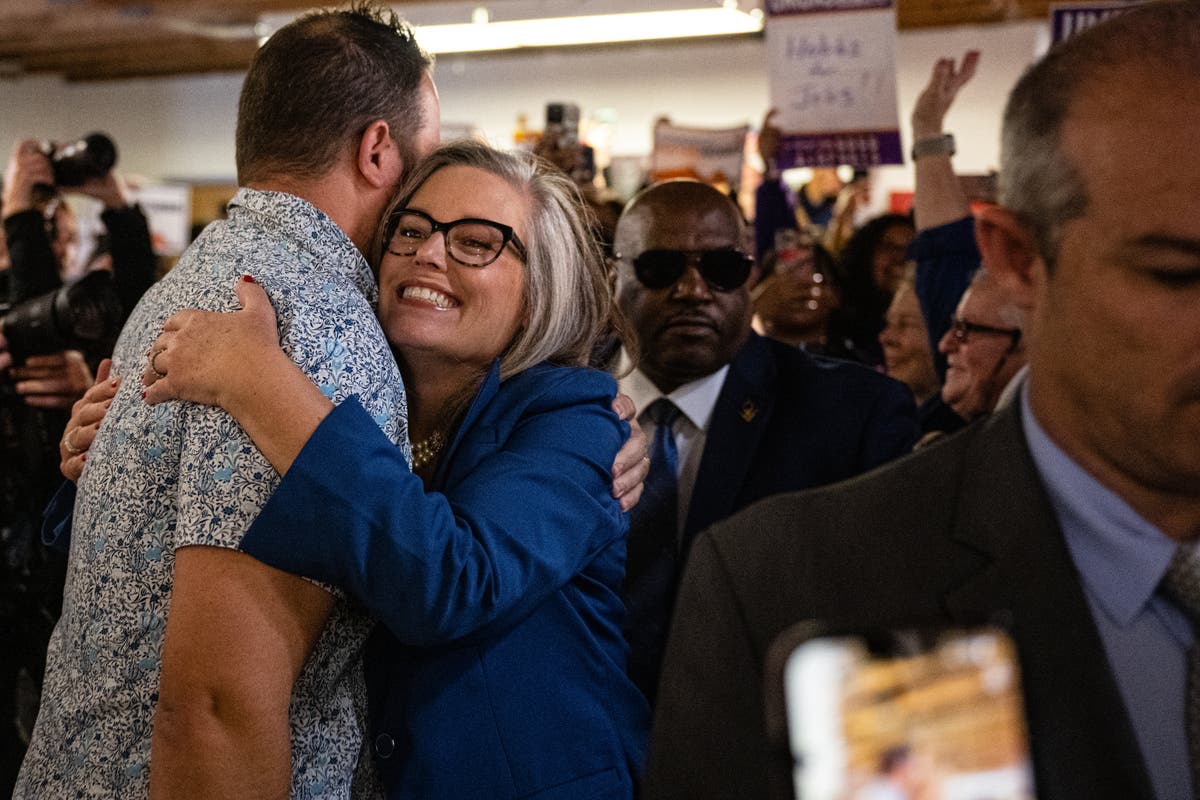 But he congratulated Ms Hobbs, the current secretary of state, on her victory.

“All of us have waited patiently for the democratic process to play out,” he said. “The people of Arizona have spoken, their votes have been counted and we respect their decision.”

Throughout the campaign, Ms Lake promoted former president Donald Trump’s lies about the 2020 presidential election, even calling for the election results in Arizona and Wisconsin to be decertified.

Mr Ducey earned Mr Trump’s ire when he silenced a phone call from the then-president as he certified that President Joe Biden indeed won the state in 2020.

Meanwhile, Ms Lake, a former news anchor, refused to concede even after networks and news outlets called the election for Ms Hobbs, the first Democrat to win the governorship since 2006. The day that the election was called, she tweeted “Arizonans know BS when they see it.

On Wednesday, she tweeted an image saying “The cover-up is always worse than the crime.” She also said on former Trump adviser Steve Bannon’s show that Arizona rigged the election in favor of Democrats, accusing them of favoring people who voted by mail.

“They did it in broad daylight. It was blatant. There was no subtlety to what they did when they discriminated against people who chose to vote on Election Day,” she said.