One year ago, Biden promised to ‘stay’ in Afghanistan until ‘all’ Americans got out. He didn’t keep his word 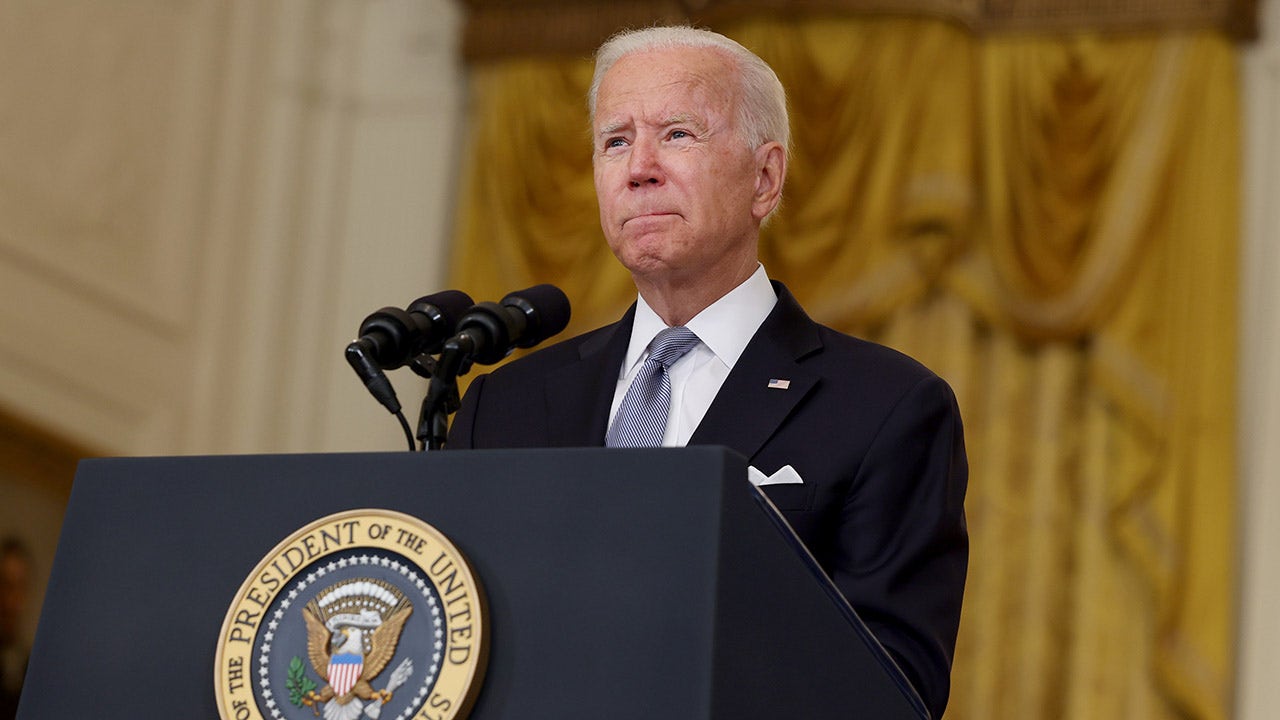 Hundreds of Americans have been evacuated from Afghanistan and thousands of Afghan allies remain since President Biden broke his promise – which he made one year ago, today – to keep military boots on the ground until we “get them all out.”

On Aug. 18, 2021, three days after the Taliban seized the capital of Kabul and forced the U.S. Embassy there to evacuate, Biden told ABC’s George Stephanopoulos that intelligence did not indicate that a Taliban takeover was likely, despite numerous reports to the contrary. The president also said the U.S. military would “stay” in Afghanistan until all Americans and Afghan allies were evacuated.

“If there’s American citizens left, we’re gonna stay to get them all out,” Biden said at the time.

“Are you committed to making sure that the troops stay until every American who wants to be out is out?” Stephanopoulos asked the president.

BIDEN BREAKS PROMISE TO ‘STAY’ IN AFGHANISTAN UNTIL EVERY AMERICAN EVACUATED

U.S. President Joe Biden pauses while giving remarks on the worsening crisis in Afghanistan from the East Room of the White House August 16, 2021 in Washington, DC.
(Anna Moneymaker/Getty Images)

Stephanopoulos also asked whether the president’s commitment held for Afghan allies of the U.S. and their families.

“The commitment holds to get everyone out that, in fact, we can get out and everyone that should come out,” Biden responded. “And that’s the objective. That’s what we’re doing now, that’s the path we’re on. And I think we’ll get there.”

Eight days later, during the U.S. military’s mass evacuation at the Kabul airport on Aug. 26, 2021, suicide bombers killed 183 people, including 13 U.S. service members. The U.S. retaliated by launching two drone strikes against suspected ISIS-K terrorists, one of which ended up killing 10 Afghan civilians, including seven children.

The evacuation, which required thousands of additional U.S. troops on the ground and significant cooperation from the Taliban to complete, ended a day ahead of deadline on Aug. 30, 2021, standing hundreds of U.S. citizens and tens of thousands of Afghan allies.

President Joe Biden, first lady Jill Biden, and Secretary of State Antony Blinken look on as as a carry team moves a transfer case with the remains of Marine Corps Cpl. Humberto A. Sanchez, 22, of Logansport, Ind., during a casualty return at Dover Air Force Base, Del., Sunday, Aug. 29, 2021, for the 13 service members killed in the suicide bombing in Kabul, Afghanistan.
(AP Photo/Carolyn Kaster)

After the evacuation, Secretary of State Antony Blinken told members of the House Foreign Affairs Committee there were only 100 Americans citizens left in Afghanistan who wanted to leave. The State Department confirmed to Politico this week, however, that more than 800 American citizens and at least 600 legal permanent residents of the U.S. have been evacuated since the withdrawal.

The State Department did not give a number when asked by Fox News Digital how many Americans who want to leave and Afghans who have applied for special immigrant visas remain in Afghanistan.

“We continue to work with U.S. citizens who have expressed a desire to depart Afghanistan and have the necessary travel documents to do so,” a spokesman said Wednesday. “This number fluctuates regularly as U.S. citizens change their minds about leaving, or as some continue to return to Afghanistan for various reasons.”

Jessica Chasmar is a reporter for Fox News Digital. Story tips can be sent to Jessica.Chasmar@fox.com and on Twitter: @JessicaChasmar.