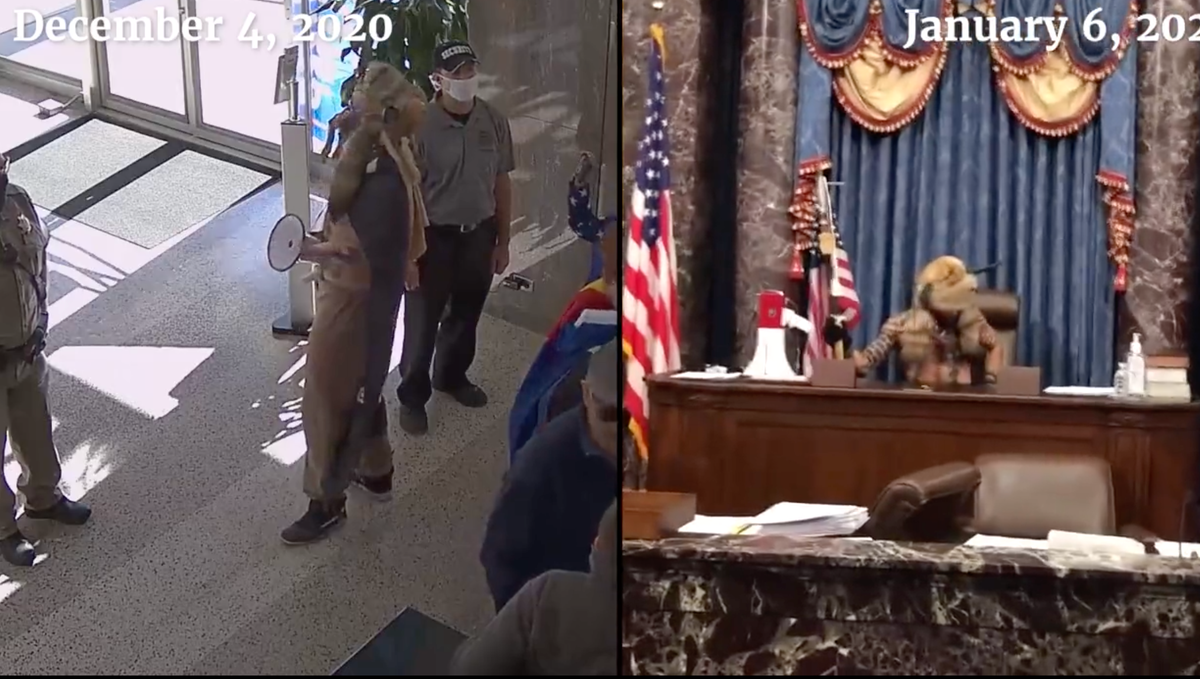 Members of the January 6 committee revealed further involvement in the “Stop the Steal” effort by the so-called “QAnon Shaman” on Tuesday as the panel focused on efforts by the president and his team to pressure state lawmakers to overturn the election.

New footage released by the lawmakers revealed that the costumed conspiracy theory devotee known as the “QAnon Shaman,” aka 32-year-old Arizonan Jacob Chansley, was present a month earlier at Arizona’s state capital where he joined a crowd attempting to pressure state lawmakers into halting the certification of Joe Biden’s victory.

Mr Chansley previously captured derision and notoriety with his participation in the attack on Congress, when he was seen on video in costume screaming “freedom” inside the US Senate.

The crowd, which included members of the Proud Boys which has been blamed for instigating violence on numerous occaisions, was reportedly chanting menacing threats at state House speaker Rusty Bowers, a Republican who refused Donald Trump’s demand to call a special session of Arizona’s legislature to investigate his bogus fraud claims.

Mr Bowers was among the witnesses who testified on Tuesday at a public hearing of the January 6 committee; a Trump supporter himself, he detailed how he refused to take actions he believed were illegal at the president and his team’s behest. The Arizona Republican added that he repeatedly pressed Donald Trump’s team for proof of their wild claims, but never received any.

He also testified that Mr Trump’s lead attorney on the election fraud effort, Rudy Giuliani, even admitted to him in one instance that “we just don’t have the evidence” to prove Mr Trump’s claims of widespread interference or fraud.

Mr Chansley was sentenced for his participation in the Jan 6 riot late last year; he is currently serving 41 months in prison and three years of supervised release.