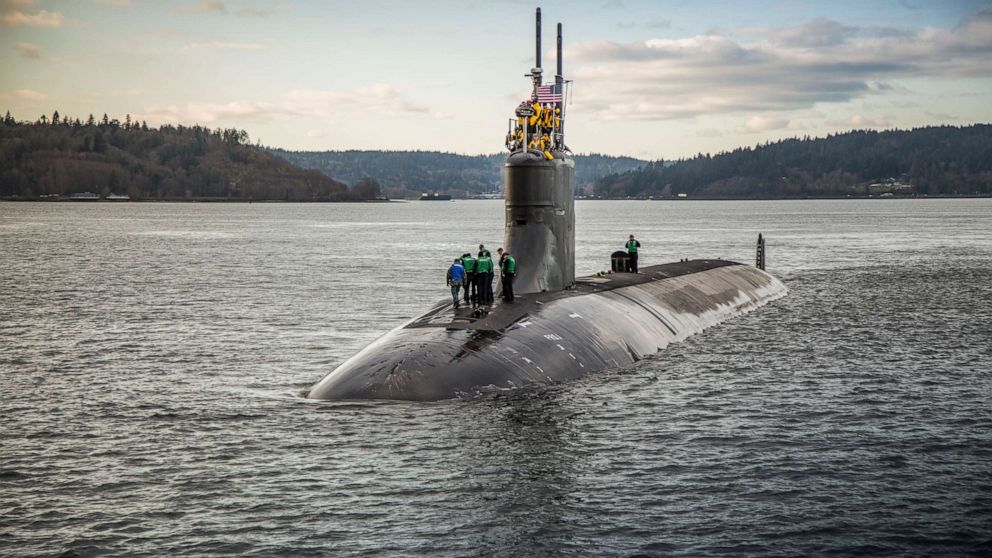 “Loss of confidence” was the reason cited.

The Navy has fired the top three leaders who were aboard the attack submarine USS Connecticut when it struck an uncharted sea mountain in the Pacific Ocean in early October.

The commander of the Navy’s Seventh Fleet relieved the commanding officer of the submarine, Cmdr. Cameron Aljilani, the executive officer, Lt. Cmdr. Patrick Cashin, and the top enlisted sailor, Master Chief Sonar Technician Cory Rodgers, “due to loss of confidence,” according to a Navy statement.

At the time of the incident, the submarine was transiting through an area of the South China Sea, according to a U.S. official. Though the vessel struck an uncharted sea mountain, Vice Adm. Karl Thomas, commander of Seventh Fleet, determined the incident could have been prevented.

The official said the submarine did not exercise as much caution as necessary and was traveling faster than it should have in an area that is not as well charted as others.

“Sound judgement [sic], prudent decision-making and adherence to required procedures in navigation planning, watch team execution and risk management could have prevented the incident,” according to the statement.

The three who were fired will be replaced by a new leadership team while the submarine remains in Guam before it makes its way to Bremerton, Washington, for repairs to the hull and interior.

On Oct. 2, the Seawolf-class fast-attack submarine struck an unknown object while underwater, but the Navy did not publicly disclose the incident until after the vessel was close to arriving at the naval base in Guam, where a damage assessment would be made.

A Navy official said at the time that two sailors had suffered moderate injuries and were treated aboard the vessel. Other sailors suffered bumps, bruises and lacerations. There was no damage to the submarine’s nuclear reactor.

Last week, a Navy investigation into the incident determined that the submarine had struck an uncharted sea mountain and that the Seventh Fleet commander would determine whether accountability actions might be appropriate.