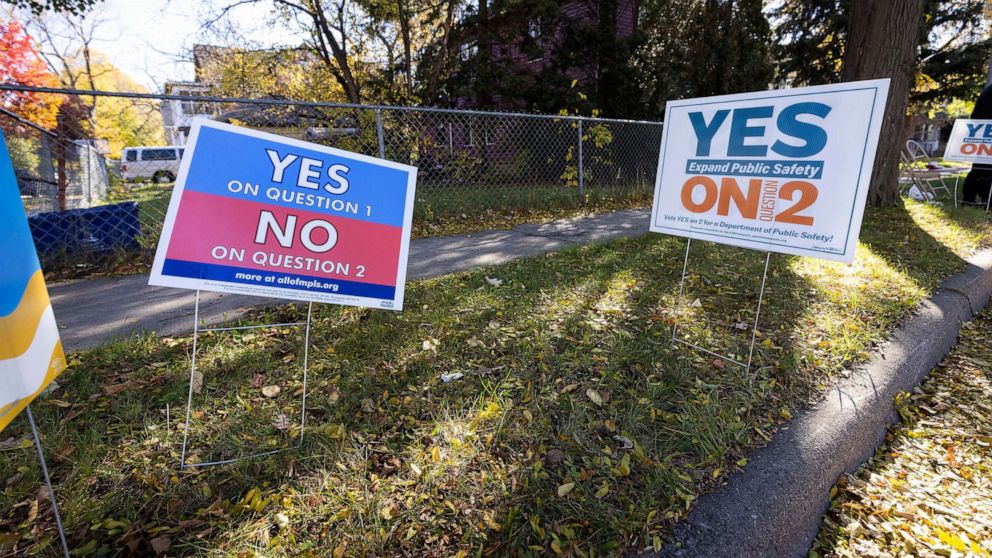 The proposal would have also eliminated a minimum staffing requirement.

Minneapolis voters rejected a charter amendment to replace the Minneapolis Police Department with a Department of Public Safety on Tuesday, according to a projection by The Associated Press. The department would have taken a “comprehensive public health approach” to policing.

In addition to removing the police department from the city’s charter, the amendment would have removed the requirement to employ 1.7 officers for every 1,000 residents. It also would have replaced the police chief with a commissioner, who would be nominated by the mayor and approved by the city council.

Supporters of the charter amendment included Rep. Ilhan Omar, D-Minn., Minnesota Attorney General Keith Ellison and the rapper and singer Lizzo, who posted her support for the measure in her Instagram story on Tuesday. Many supporters connect the charter amendment to calls for police reform that followed George Floyd’s killing last year.

“​​It’s a vote for us to all reimagine public safety and to move away from the type of systems that have not produced safety for all communities,” Rashad Robinson, a spokesperson for Color of Change PAC, said before Tuesday’s vote.

Susanna Blumenthal, a professor of Law and History at the University of Minnesota, said the amendment could have had a lasting impact.

“The history we need to reckon with has to do with the repeated failures of liberal reform: The failure to see that the problems of crime and violence are symptoms of deeper, systemic inequities in education, employment, housing and health care. Instead of investing in communities and social programs designed to redress these inequities, resources have been poured into law enforcement agencies to improve policing,” Blumenthal said. “Given this history of police reform, I can understand the strongly felt need to reimagine public safety.”

However, opponents of the charter amendment, including those seeking police reform, have criticized it for a lack of specifics and too little community input.

“There’s no certainty of what this new department will actually look like, how it will function and whether it will actually address the underlying public safety issues,” said Nekima Levy Armstrong, a civil rights attorney and activist in Minneapolis.

During a community discussion before the vote, Teto Wilson, a North Minneapolis barbershop owner who opposed the charter amendment, said that community policing would be needed to enact real reform in his community, which has historically been plagued with underlying social challenges.

“I live here and I work here. If we just had a few basic things, like having cops who know who we are, who see us as business owners, homeowners, residents, employees, whatever, then that’s a good reform,” Wilson said. “If we had police officers that looked like us, who would understand our plight here in this country — if we had cops here that come from our community and understood us — that’s reform.”