Manchin pushes back against Cori Bush ‘anti-Black’ accusations: ‘She doesn’t know me’ 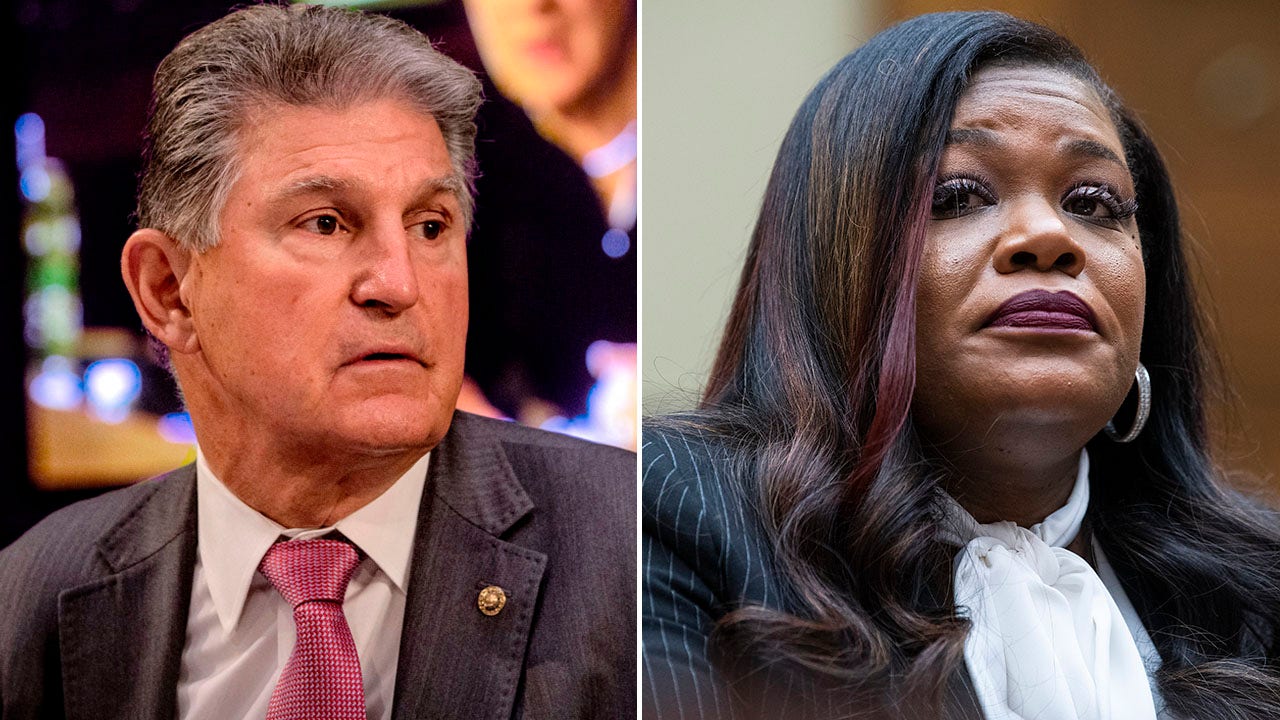 Sen. Joe Manchin, D-W.Va., pushed back Wednesday against Rep. Cori Bush, D-Mo., for claiming that his opposition to President Biden’s Build Back Better agenda is “anti-Black.”

Speaking with him on Capitol Hill about the president’s faltering agenda, Fox News anchor Bret Baier read to Manchin the recent scathing statement from Bush effectively accusing the senator of racism because of his political position on Biden’s legislative agenda.

“Joe Manchin’s opposition to the Build Back Better Act is anti-Black, anti-child, anti-woman, and anti-immigrant,” Bush claimed. “When we talk about transformative change, we are talking about a bill that will benefit Black, brown, Indigenous communities.”

Explaining that he would be “happy to talk to her,” Manchin also encouraged her to speak with his constituents in West Virginia, but acknowledged they would likely maintain a difference of opinion.

Manchin went on to decry what he described as the “toxic” nature of the present political discourse.

“This is a shame when we start this war of words,” he said. “I’m not going to speak ill about any of my congressional friends and colleagues on the House side or the Senate side. We can have a difference of opinion, but the rhetoric around here has gotten so harsh and so toxic that you can’t agree to disagree anymore.”

“You can’t sit down and say, ‘Ok, I disagree with you, Bret,’” Manchin continued. “You’re going to say, ‘Ok, Joe, do we agree on the same problem?’ I say, ‘Yeah, let’s start working. Tell me what you think you would fix it.’”

Bush’s office did not immediately respond to Fox News’ request for comment.

Both Manchin and Sen. Kyrsten Sinema, D-Ariz., have been accosted by protesters because of their opposition to the president’s plan.

In October, Manchin was confronted by kayakers in his houseboat on the Potomac River.