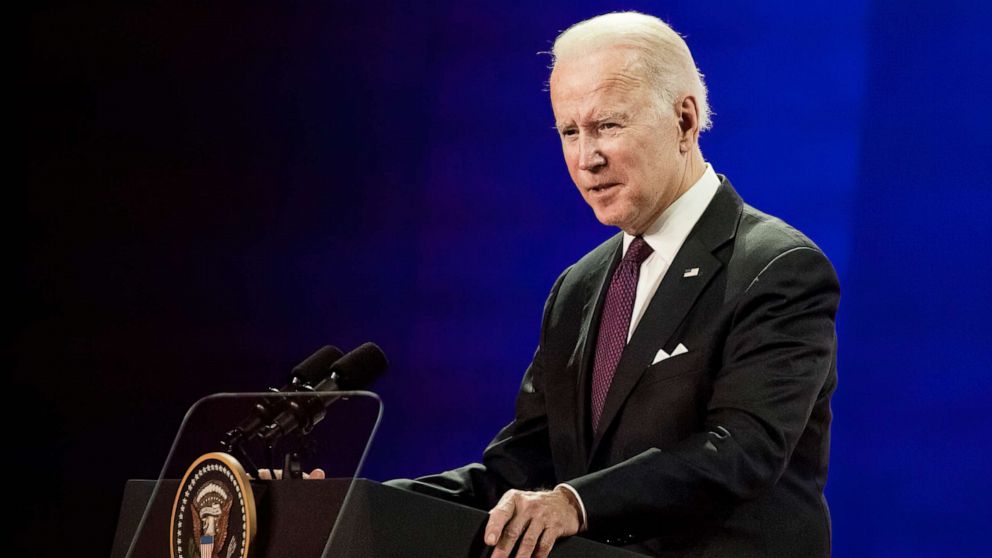 Lobbying firms with ties to President Joe Biden and his administration are thriving, with some doubling and quadrupling their lobbying revenues from last year, disclosure filings show — but overall lobbying revenues haven’t increased much over the last year.

Earlier this year, three firms led by former Biden aides and others with close ties to key members of the Biden White House kicked off 2021 with a slew of new big-name clients and an early jump in their lobbying revenues, lobbying disclosure filings at that time showed.

Fast-forward nine months, and these firms have brought in far more in lobbying revenues in just the first three quarters of 2021 than the amount they brought in during the entire previous year.

The jump showcases how lobbyists with connections to Biden, the Biden administration, and Biden’s key advisers have been prospering under the new — and at the same time, familiar — presidency.

The lobbying firm run by the brother of Biden White House Counselor Steve Ricchetti nearly quadrupled its lobbying revenues in the first three quarters of this year from what it brought in during the same period last year. The firm reported more than $2.4 million in revenues from January through September of 2021, compared to just $635,000 through September of last year, filings show.

Ricchetti Inc, the firm that Jeff Ricchetti previously shared with his brother Steve, had reported a relatively quiet lobbying operation over the last few years, until late 2020 when the firm began picking up several new clients and reported a major spike in lobbying revenues.

Now, with major clients like Amazon and TC Energy Corporation, as well as several pharmaceutical and health care companies, Ricchetti Inc is enjoying its most lucrative year since Steve Ricchetti sold his stake in the firm and left in 2012 to joined the then-Obama White House as Biden’s adviser.

Ricchetti Inc earlier this year reported lobbying the office of president on behalf of health care companies, and the National Security Council on behalf of General Motors — but otherwise has mostly focused its efforts on lobbying Congress.

Jeff Ricchetti, who is now the only registered lobbyist for Ricchetti Inc, did not respond to ABC News’ request for comment. Earlier this year, a source close to Steve Ricchetti told ABC News that Jeff Ricchetti “has never and will never lobby his brother on behalf of any of his clients” and that “Steve and Jeff keep their professional activities distinctly separate.”

Entering the White House earlier this year, Biden committed himself and his administration to a set of ethics rules that some experts have described as more stringent than those of the Trump administration, including extending bans on so-called revolving-door and shadow lobbying.

“President Biden has established the highest ethical standards of any Administration in history, and his team has put in place stringent safeguards to protect against any potential conflicts of interest,” White House spokesperson Michael Gwin told ABC News.

Although many firms with connections to the Biden White House have been thriving, lobbying revenues overall are relatively flat compared to last year. Overall spending on lobbying has only increased by 3% so far this year compared to the same period in 2020, the final year of Donald Trump’s presidency.

“Under the last administration we saw firms with links to President Trump prosper, and now we are seeing a similar windfall for firms that hire lobbyists with connections to President Biden,” Dan Auble, a senior researcher at OpenSecrets, a nonpartisan research organization that tracks campaign finance and lobbying data, told ABC News. “It is clearly evidence that connections matter in Washington.”

Despite the rapid growth of several Biden administration-connected firms, Auble says that none of them top the way Ballard Partners took off during the Trump presidency.

“None of these have come from nowhere to become one of the biggest grossing firms like Ballard Partners did under Trump,” Auble said of the firm headed by Trump confidant and fundraiser Brian Ballard, which quickly became one of the leading K Street shops in Washington after it was launched in 2017. The firm reported nearly $19 million in lobbying revenues during the first three quarters of Trump’s last year in office.

Top-grossing firms so far this year include TheGROUP DC, which reported $5.2 million in lobbying revenues from a Rolodex of big name clients that includes Facebook, Lyft, BP, Pfizer, Lockheed Martin and JPMorgan Chase. Putala Strategies reported bringing in $2.8 million in lobbying revenues through work that includes lobbying on behalf of major clients like TransCanada Pipelines, Comcast, T-Mobile, and several other pharmaceutical and energy companies.

Neither Putala Strategies or TheGROUP DC responded to ABC News’ requests for comment.

In a sign of evolving influence, the American Health Care Association is now one of TheGroup DC’s highest-paying clients since signing on in December of last year — after previously being a top client of Ballard Partners. After several years of billing the AHCA $320,000 a year for its services, Ballard Partners’ filings for April through September of this year list “No Activity” for the AHCA.

The firm, however, isn’t standing pat; since Biden’s victory it’s been transitioning into a more bipartisan enterprise, adding some big Democratic names to its team over the last few months, including Courtney Whitney, a top Democratic fundraiser who was a consultant for the pro-Biden super PAC Priorities USA.

Column: Dear Karen Bass and others, L.A. needs a real homeless plan we haven’t heard before