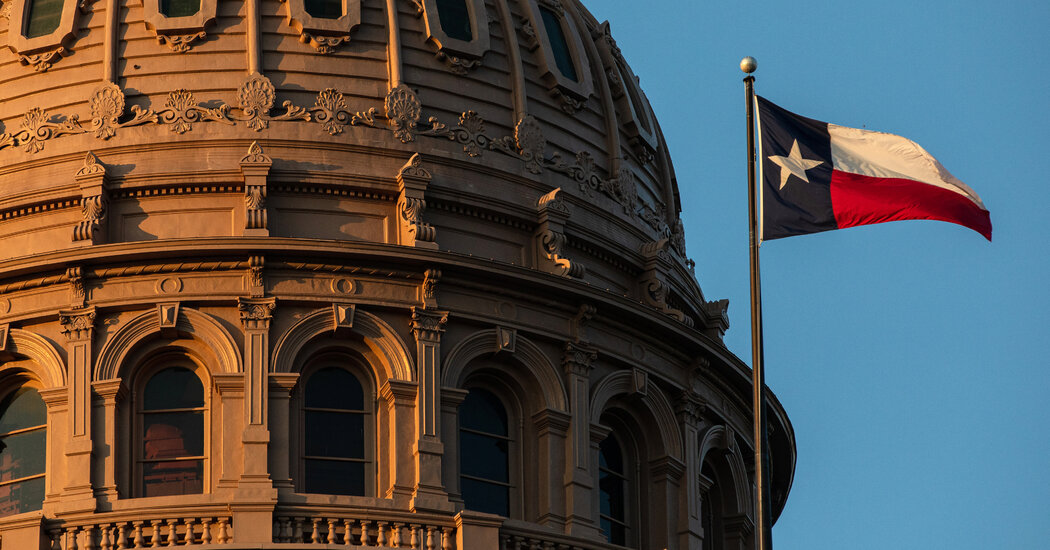 WASHINGTON — The Justice Department on Thursday sued Texas over the state’s new voting law, arguing that the Republican-passed measure would disenfranchise Texans who do not speak English, who have disabilities, who are older or who live outside the United States.

The Texas voting restrictions, signed into law in September, include measures barring election officials from sending voters unsolicited absentee ballot applications and from promoting the use of vote by mail, as well as further limiting the use of drop boxes.

The Justice Department’s lawsuit appears to focus on those restrictions governing what types of help poll workers can offer voters, including translation and other assistance. The law creates new civil and criminal penalties for poll workers who run afoul of the rules.

“These vulnerable voters already confront barriers to the ballot box, and S.B. 1 will exacerbate the challenges they face in exercising their fundamental right to vote,” the Justice Department wrote in its lawsuit, referring to the Texas voting bill.

Trey Martinez Fischer, a Texas state representative who led Democrats in fleeing the state in July in an effort to delay the Republican voting bill and to pressure the Senate to pass federal voting protections, commended the Justice Department for seeking to block the law.

“It’s about time,” Mr. Martinez Fischer said. “Texas is the poster child for voter suppression in the country and while we wait for the U.S. Senate to give us the For the People Act, I think it’s important for the Department of Justice to utilize every single tool they have in states like Texas.”

This article will be updated.