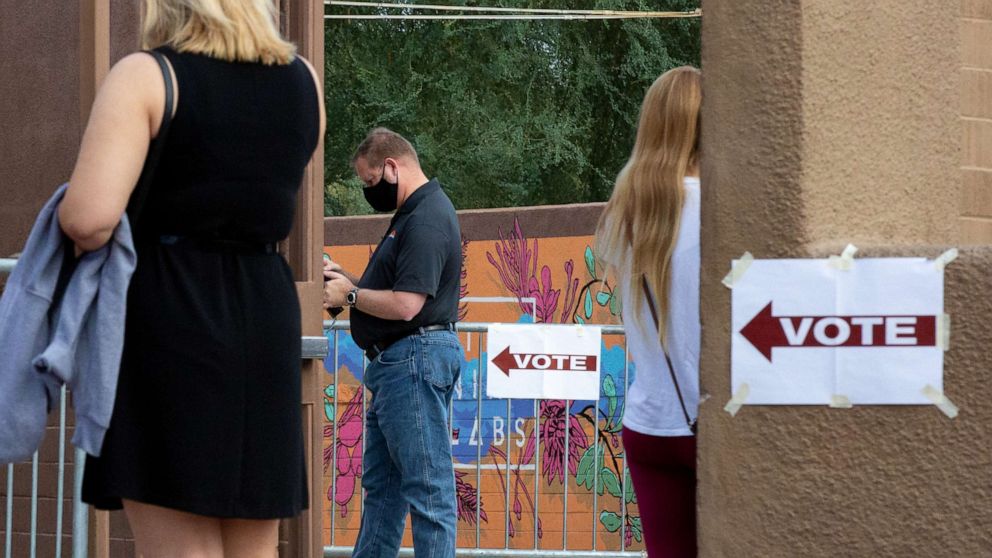 The Justice Department has filed suit against Arizona challenging its recently enacted voting law that requires proof of citizenship in order to vote in presidential elections.

The lawsuit contends that certain restrictions in Arizona’s House Bill 2492 directly violate Section 6 of the National Voter Registration Act and Section 101 of the Civil Rights Act.

The Supreme Court previously rejected an effort by Arizona in 2013 to require its residents to provide proof of citizenship in order to participate in federal elections, though after President Joe Biden’s victory against Donald Trump in 2020 the state quickly sought to implement a similar mandate in passing House Bill 2492.

“Arizona has passed a law that turns the clock back on progress by imposing unlawful and unnecessary requirements that would block eligible voters from the registration rolls for certain federal elections,” Assistant Attorney General Kristen Clarke said in a statement Tuesday announcing the lawsuit.

Gov. Doug Ducey signed the bill into law on March 30.

The department’s lawsuit asks for a federal judge to prohibit several provisions of HB 2492 from being enforced.

This is a developing story. Check back for updates.