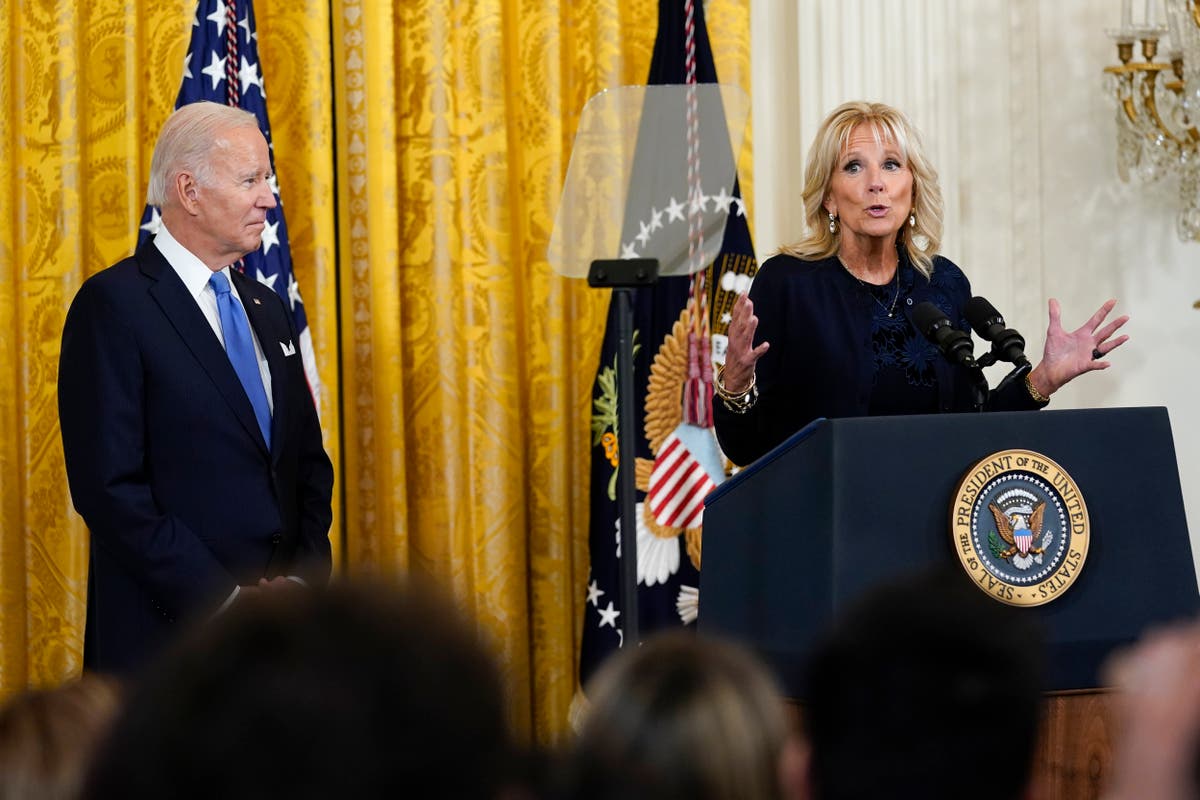 Jill Biden told a Democratic women’s group Friday that Republicans underestimated the power of women but that, together, they will “make sure that they never make that mistake again.”

The first lady said that when “extremists attack rights that a vast majority of Americans support, like a woman’s right to choose, or when they stand in the way of affordable prescriptions or clean energy, they are letting down all Americans.”

She also said “it makes me angry” to see politicians who “treat government like a sport” and “perform political stunts” to score a few more points against the other side.

“There are no teams to root for or against. Just people,” Biden said at a luncheon during the Democratic National Committee’s Women’s Leadership Forum’s annual conference.

“There are real lives at stake here. You know that, and I know that it makes you angry. It should make you angry,” she said. She described new laws enacted by President Joe Biden as “some of the most transformational legislation in generations.”

“And we did it with only 50 votes in the Senate,” the first lady said. “Just imagine what Joe and his administration could do with just a few more partners in the House and the Senate.”

“We could restore women’s rights to make our own choices about our own bodies,” she said, referencing the decision by the Supreme Court’s conservative majority to overturn the constitutional right to an abortion, leaving individual states to decide the issue.

“We can’t decide what Republicans do, but we can decide what we’re going to do, and what women do is win,” Jill Biden said. “Women are the reason that Joe Biden is president today and we will decide what happens in November in races up and down the ballot, because we don’t just get angry, we get to work.”

Women voting in 2020 broke for Democrat Biden over Republican Donald Trump, 55% to 43%, according to AP VoteCast.

“Republican leaders have underestimated the power of women, but we’re going to make sure that they never make that mistake again,” she said.