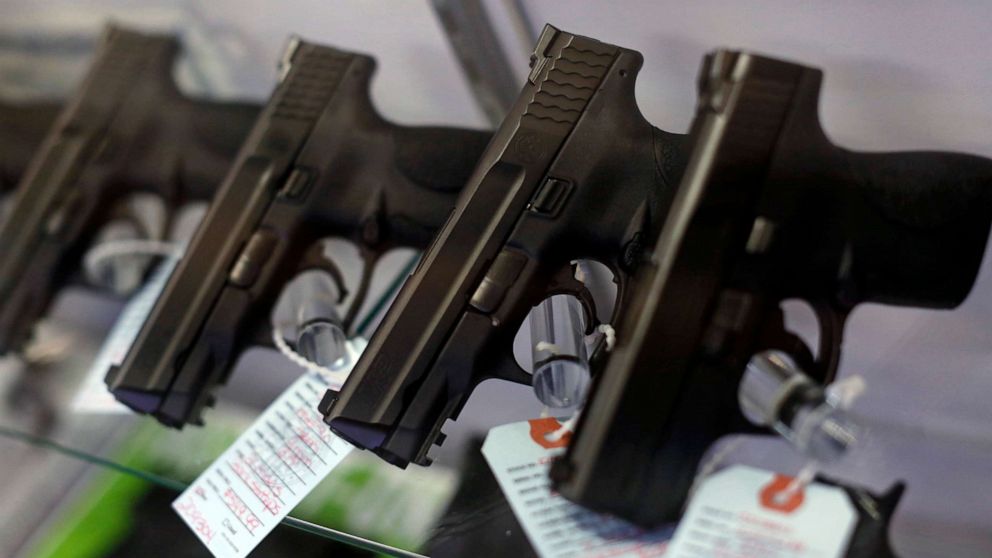 A group of New York gun owners on Wednesday asked the Supreme Court to establish a fundamental right to carry a handgun for self-defense outside the home, an expansive view of the Second Amendment that could reshape gun laws nationwide if a majority of justices agree.

The New York State Rifle and Pistol Association and two individual gun owners are challenging a century-old New York statute that requires applicants for concealed carry permits to show “proper cause,” or a specific special need, for possessing a firearm in public places.

As oral arguments began, gun rights advocates say the standard is so tough to meet that it violates the Second Amendment. The state argues that gun rights are not unlimited and that reasonable barriers to concealed carry are in the public interest.

The case is the biggest test on gun rights at the high court in more than a decade, and its reach could extend far beyond New York. Roughly a quarter of Americans live in 29 states that require concealed carry permits. Eight of those, including New York, give authorities discretion to deny permits to anyone who can’t show a special need.

“If the law gets struck down in New York, it would have ripple effects across other places that have similar regimes,” said Eric Ruben, a Second Amendment law scholar at Southern Methodist University Law School. “It would mean that you could expect more people to be carrying handguns in places like New York City, Boston and Los Angeles.”

In 2008, the Supreme Court ruled in District of Columbia v. Heller that Americans have an individual right to possess a handgun inside their homes but said nothing about that right in public places.

“The Second Amendment does not end at your doorstep,” said Tom King, president of NYSRPA, an affiliate of the National Rifle Association. “‘Proper cause’ is a restriction. It’s something the ‘anti-gunners’ put in there to keep guns out of the hands of lawful citizens in New York state.”

Gun control advocates warn that if the court rolls back restrictions on the carrying of handguns, American streets could become even more dangerous at a time when gun violence deaths are already surging.

“Even people who are well trained, who are prepared and carry a gun, oftentimes have to make split-second decisions that they then regret,” said Albany, New York’s Mayor Kathy Sheehan, who had to declare a state of emergency in the city last summer because of an outbreak of gun violence.

“The fewer guns, the fewer gun deaths. That’s what the data shows us. The more guardrails that you have in place with respect to gun ownership, the lower the number of gun deaths,” Sheehan said.

New York State Police, the agency defending the state’s permitting law in court, argues in court documents that, historically, no state has “allowed the right to carry a handgun everywhere… based on speculation that a confrontation warranting the use of deadly force might suddenly arise.”

“This case is going to present a lot of opportunity for the defenders of the law to present evidence on the special risks that guns can present in public and also evidence that limits on concealed carry in public can, on the whole, lead to less crime, less deaths and less injuries,” Ruben said.

Nationwide, gun sales and gun violence deaths have been climbing to near-record levels. More than 35,000 U.S. deaths from guns have been reported so far this year, according to the nonpartisan Gun Violence Archive.

“The uptick in violence has just been astronomical. The gun violence — just violence alone,” said Cheryl Apple, a small business owner and mother of five from Albany, who obtained her first handgun this year. “I just felt that I needed to be able to protect myself.”

Late last year, Apple applied for an unrestricted license to carry her 9-mm pistol almost anywhere she goes, a process that took her 10 months to complete and included a background check, a safety seminar and an interview with a judge.

“I explained to the judge that I am a woman-owned business, and that I traveled to and from my job at night, sometimes late, sometimes early in the morning, and that I just felt that it would make me feel safe,” she said.

The judge approved Apple’s request, but other gun-owners say the standard is overly discretionary and unfair.

“We don’t feel we should have to show a special reason that if you’ve been deemed eligible to own a firearm you should have the ability to have concealed carry,” said Shawn Lamouree, vice president of the Liberty Group, which operates a chain of gun stores and shooting ranges in upstate New York.

Lamouree said fear of rising crime should be sufficient cause for any law-abiding citizen to arm themselves if they so choose.

“The bottom line: If a criminal wants a gun, there’s a very good chance the criminal is going to find a way to get a gun,” said Lamouree, who is a former sheriff.

Gun rights groups are optimistic that the Supreme Court’s six-member conservative majority will be sympathetic to arguments in favor of broad concealed carry rights.

“There are indications the new justices on the court share a broader view of Second Amendment rights than what currently exists as a consensus view within the lower courts,” said Ruben.

King, who helped bring the case on behalf of New York gun owners, said he’s optimistic but not certain about the outcome.

“This could change everything,” he said.

In the meantime, gun safety groups and local leaders like the mayor of Albany are watching the case with a wary eye.

“We will enforce the law as the Supreme Court finds it,” Sheehan said. “But I think that New York State should have the right to put into place common-sense guardrails that it believes help to keep our state and the residents of our state safe.”

The court’s decision is expected by the end of June 2022.

ABC News’ “Rethinking Gun Violence,” is examining the level of gun violence in the U.S. — and what can be done about it.