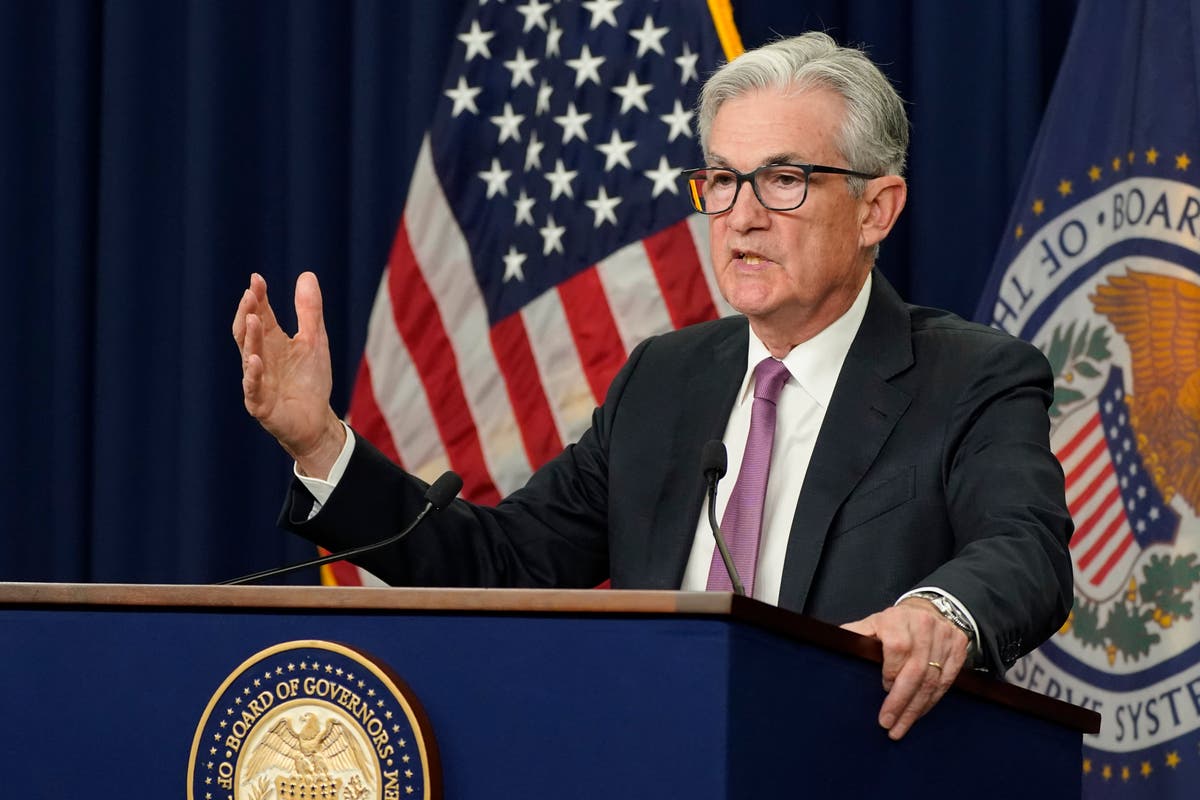 The Federal Reserve on Wednesday announced it would hike interest rates by three-quarters of a percentage point for the third consecutive month and made clear that more increases are in the making in hopes of taming inflation.

The increase puts the short-term interest rate at the highest levels since before the 2008 financial crisis.

Officials with the US central bank also signalled their intention to boost their benchmark interest rate to 4.4 per cent by the end of 2020, one point higher than predicted two months ago. The Fed could also raise rates even more in 2023 to as high as 4.6 per cent.

Interest rates at such high levels would make it harder for Americans to borrow money and for banks to lend it, but higher interest would also cool inflation that is at levels unseen in decades.

Last month, Federal Reserve Chairman Jerome Powell said the central bank is following an “unconditional” commitment to bring inflation to a target of two percentage points per year. He has also acknowledged that the rise in interest rates will “bring some pain” to consumers and businesses.

The high interest rates would be likely to trigger a recession by making it far more difficult for Americans to take out mortgages, automobile loans, or business loans. Mortgate interest rates topped six per cent last week, a level higher than has been seen in 14 years.

With additional reporting by agencies