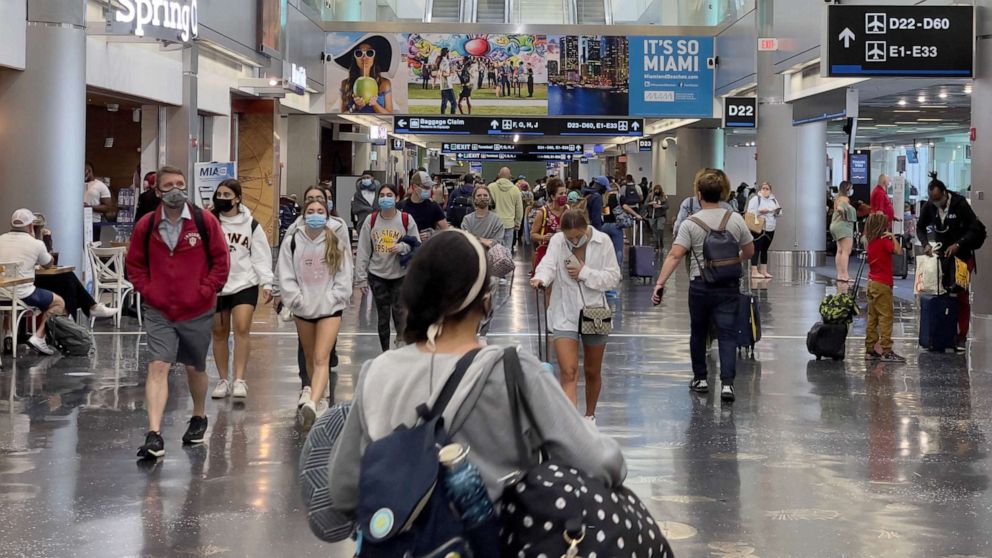 The DOJ and FAA say they have established an “information-sharing protocol.”

With the rise in airline passengers has come a rise in violence and aggression in the nation’s airports and onboard flights.

The Federal Aviation Administration (FAA) has been sounding the alarm on the increasing unfriendly skies for almost a year — warning passengers that they could face hefty fines as much as $37,000 for interfering with a flight crew.

But now, through an established information-sharing protocol with the Department of Justice (DOJ), the FAA says some unruly passengers could face criminal prosecution as well.

An FAA spokesperson confirmed to ABC News on Thursday that the agency has referred 37 of the “most egregious cases” to the FBI out of the 227 unruly passenger cases they’ve initiated enforcement action on.

Representatives from the DOJ and FAA began meeting in August, according to a joint statement, “to develop an efficient method for referring the most serious unruly-passenger cases for potential criminal prosecution.”

“That resulted in a process where the FAA regularly sends cases to the FBI which forwards those that merit potential prosecution to field offices for further investigation,” the statement continued.

Just last week, an American Airlines passenger allegedly punched a flight attendant in the face in an unprovoked attack.

Brian Hsu, 20, was charged with assault and interference with a flight crew on Monday by the DOJ. He now faces up to 20 years in prison.

The flight attendant bumped into Hsu who was traveling in first class, a source familiar with the investigation told ABC News. The attendant apologized, according to the source, but Hsu later walked to the galley and allegedly punched her twice, leaving her with a broken nose.

American Airlines CEO Doug Parker said the alleged attack was one of the worst cases of unruly behavior the airline has ever witnessed.

“This type of behavior has to stop,” Parker said in a video he posted to social media. “And the best deterrent is aggressive criminal prosecution.”

Last week’s mid-flight disruption is just the latest in a surge of aggressive behavior on planes.

The FAA said it has received more than 5,000 reports from airlines of unruly passengers since the start of the year.

Airline crews have reported incidents in which visibly drunk passengers verbally abused them, shoved and punched them, kicked seats, threw trash at them and defiled the restrooms.

The partnership between the FAA and DOJ is welcome news to the coalition of airline lobbying groups and unions that have been calling on the Justice Department for months to prosecute unruly passengers “to the fullest extent of the law.”

“The federal government should send a strong and consistent message through criminal enforcement that compliance with federal law and upholding aviation safety are of paramount importance,” they wrote in June.