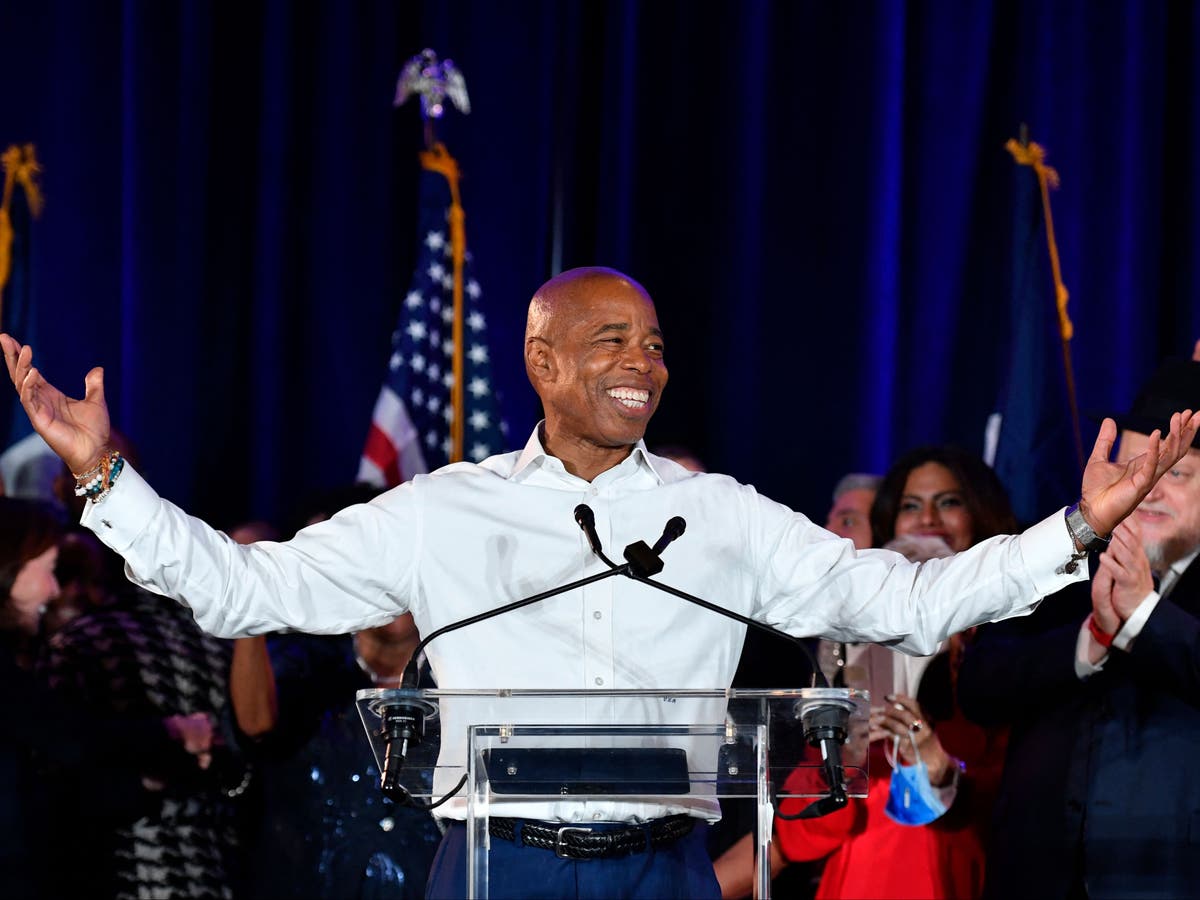 Eric Adams has vowed to take his first three paychecks as the mayor of New York City in Bitcoin.

Investor Anthony Pompliano tweeted on Tuesday: “It is time. Who is going to be the first American politician to accept their salary in bitcoin?”

“In New York, we always go big, so I’m going to take my first THREE paychecks in Bitcoin when I become mayor,” Mr Adams added on Thursday. “NYC is going to be the centre of the cryptocurrency industry and other fast-growing, innovative industries! Just wait!”

“Touché… congrats on the election and I look forward to the friendly competition in making our respective cities a crypto capital!” Mr Suarez replied.

“We literally have politicians competing with each other to adopt bitcoin faster,” Mr Pompliano tweeted on Thursday.

Mr Adams has said that he wants to explore the possibility of launching an NYC Coin similar to MiamiCoin. Mr Suarez was the first to launch a CityCoin cryptocurrency. Mr Adams told Bloomberg Radio after his election win on Tuesday, that he would engage in “friendly competition” with the Miami Republican.

“He has a MiamiCoin that is doing very well – we’re going to look in [that] direction to carry that out,” Mr Adams said and promised to “look at what’s preventing the growth of Bitcoin and cryptocurrency in our city”.

Mr Adams, who will take over the mantle from Mayor Bill de Blasio in January, said that he wants to ensure that there’s space in New York for jobs related to cryptocurrency to grow “because we can’t have a one-sided city where certain groups and areas are doing well”.

The mayor-elect won in a landslide on Tuesday, defeating Republican Curtis Sliwa, to become the city’s second Black mayor. In his campaign, he focused on decreasing crime and creating a city where business can thrive.

When he was asked how New York will retain its tech industry, the former NYPD captain said he would be “doing what I have been doing”. Mr Adams has served as the president of the borough of Brooklyn since 2014. He said the borough has seen an 356 per cent increase in tech startups within a span of 10 years.

“We’re too bureaucratic, too expensive, and too difficult to do business,” Mr Adams told Bloomberg. “Our agencies – they go into businesses and are looking for ways to penalise or fine them. We’re changing that atmosphere altogether.”

“This is the Empire State, and we’re going to build empires,” he added.