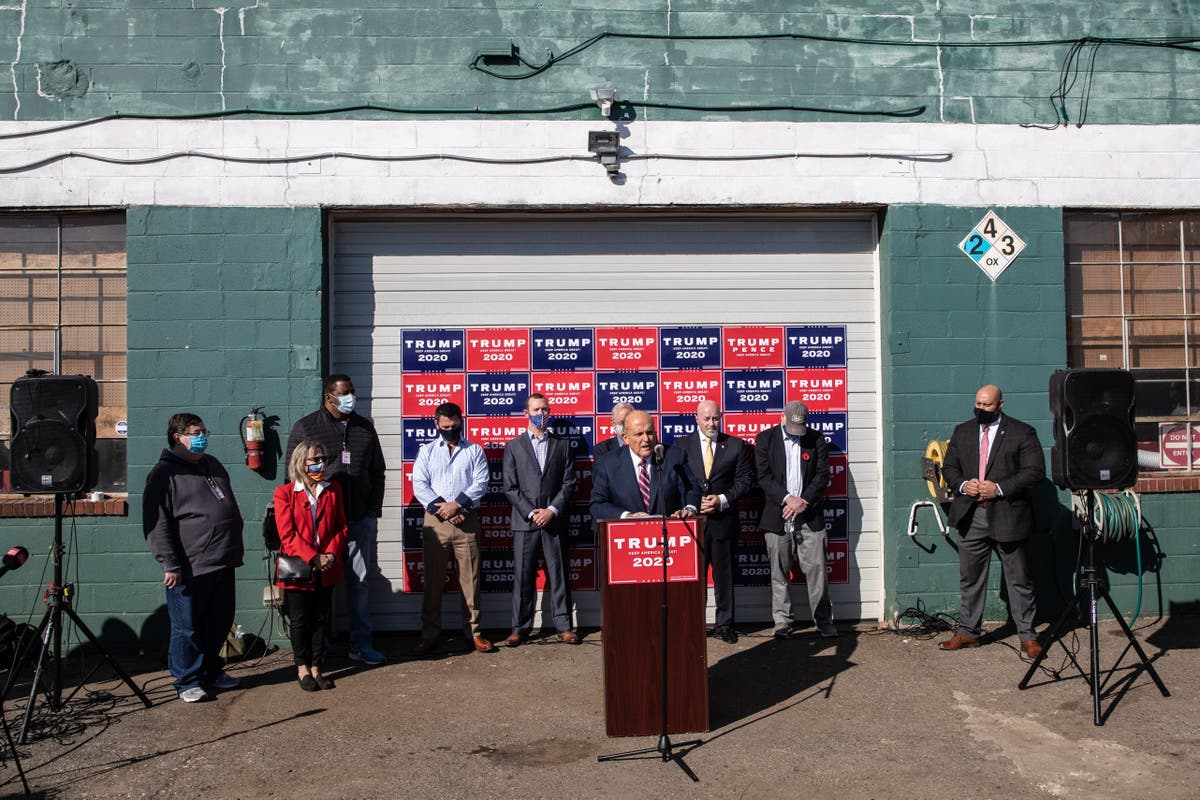 A Pennsylvania election official has sued Donald Trump and Rudolph Giuliani claiming he suffered two heart attacks during their attempts to overturn the 2020 election.

James Savage, a voting machine warehouse custodian in Delaware County, alleges he suffered physical and emotional distress due to “deliberate, malicious, and defamatory statements and insinuations” made by Mr Trump, Mr Giuliani and their associates.

His lawsuit, which was filed in the Philadelphia Court of Common Pleas, says that the defendants falsely accused him of uploading 50,000 votes for Joe Biden.

Mr Savage claims that this character was “assassinated at a national level” and that his health issues were brought on by false claims made by Mr Trump and his associates on Fox News.

He also states that he regularly received death threats and workplace intimidation from Trump supporters.

Mr Trump and Mr Giuliani falsely claimed voter fraud in Pennsylvania in the days after the 2020 election, but Mr Biden’s eventual victory in the state sealed his path to the White House.

“The consequences of what happened here were dire and deadly,” said Mr Corcoran.

Mr Trump’s claims of electoral fraud have been widely debunked by officials and judges across the country, and all claims in Pennsylvania were defeated in court.

Mr Savage, 57, of Upper Chichester, Pennsylvania, “managed the storage, security, programming, testing, and delivery of all voting equipment in Delaware County,” according to the 60-page lawsuit.

His lawyer says that his client had no way to tabulate or disrupt votes, Mr Corcoran said.

The lawsuit states that although Mr Trump, Mr Giuliani and others did not refer to Mr Savage by name, they used his title and “anyone who heard or saw these defamatory statements or insinuations would have known that they were referring to Mr Savage, because he was the only Chief Custodian/Voting Machine Warehouse Supervisor position in Delaware County.”

And it added: “It was obvious there was only one person who was being accused of election fraud by all of the Defendants.”

Despite his health issues, Mr Corcoran says that his client was working the election earlier this week.

“He’s a dedicated public servant, and this did not dissuade him from doing his rounds. He’s not going to let these people get in his way,” he said.