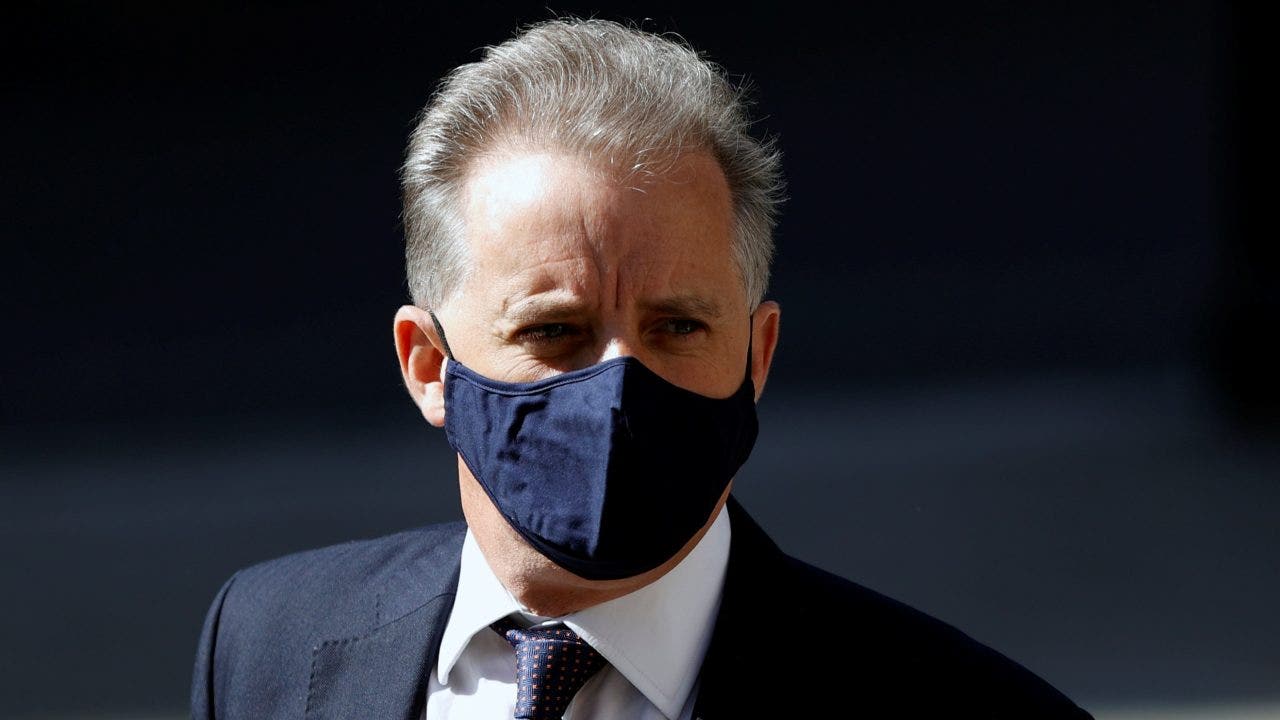 Federal agents arrested the primary sub-source who contributed to the unverified anti-Trump dossier Thursday as part of Special Counsel John Durham’s investigations into the origins of the probe into whether the Trump campaign colluded with Russia to influence the 2016 presidential election.

Danchenko’s arrest is linked to a federal grand jury indictment in the U.S. District Court for the Eastern District of Virginia. Durham is charging Danchenko, a Russian citizen residing in Virginia, with five counts of making false statements to the FBI. The charges stemmed from statements Danchenko made relating to the sources he used in providing information to an investigative firm in the United Kingdom.

Danchenko is believed to be the sub-source for former British intelligence officer Christopher Steele, who compiled the dossier that served as the basis for Foreign Intelligence Surveillance Act (FISA) warrants against Trump campaign aide Carter Page. The dossier was funded by the Democratic National Committee and Hillary Clinton’s presidential campaign through law firm Perkins Coie.

The June 15, 2017, false statement count alleges that Danchenko denied that he had spoken with a particular individual about material information contained in one of the “Company Reports” when he knew that was untrue.

The March 16, 2017, May 18, 2017, Oct. 24, 2017, and Nov. 16, 2017, counts involve statements made by Danchenko on those dates to FBI agents regarding information he “purportedly had received from an anonymous caller who he believed to be a particular individual, when in truth and in fact he knew that was untrue,” Durham’s office said Thursday.

“The information purportedly conveyed by the anonymous caller included the allegation that there were communications ongoing between the Trump campaign and Russian officials and that the caller had indicated the Kremlin might be of help in getting Trump elected,” Durham’s office said in a statement.

Danchenko cooperated with the FBI during the 2017 interviews on the condition the FBI keep his identity secret so he could protect himself.

But that all changed when former Attorney General William Barr directed the FBI to declassify the report about its three-day interview of Danchenko and turn it over to Sen. Lindsey Graham, R-S.C., who, at the time, was the chairman of the Senate Judiciary Committee and had been investigating the origins of the Russia probe.

Danchenko, according to the Senate Judiciary Committee, which released declassified documents about that interview last year, told the FBI that the dossier was “unsubstantiated and unreliable.”

Danchenko was not a current or former Russian official, but a non-Russian-based contract employee of Steele’s firm, according to the committee.

A declassified document released by the Senate Judiciary Committee last year also demonstrated that the information Steele’s primary sub-source provided him was “second and third-hand information and rumors at best.”

The document also revealed that Steele’s primary sub-source, Danchenko, “disagreed with and was surprised by” how information he gave Steele was then conveyed by Steele in the dossier.

Barr revealed last year that the sub-source was the subject of an FBI counterintelligence investigation from 2009 to 2011 for suspected contact with Russian intelligence officers.

Barr added that at his request, the FBI prepared a declassified summary of certain information from the counterintelligence investigation into the source, which he has shared with the committee.

Barr, at the time, said he had consulted with Durham, “who originally brought this information to my attention in the course of his investigation, and he has informed me that the disclosure of the information will not interfere with his criminal investigation.”

SOURCE OF STEELE DOSSIER WAS INVESTIGATED BY FBI FOR RUSSIAN CONTACTS, BARR SAYS

The arrest comes after Durham last month indicted Clinton lawyer Michael Sussmann for making a false statement. The indictment alleges Sussmann told then-FBI General Counsel James Baker in September 2016 that he was not doing work “for any client” when he requested and held a meeting in which he presented data and evidence of a purported secret communications channel between then-candidate Trump and Alfa Bank, which has ties to the Kremlin.

The indictment against Sussmann says he lied to Baker when he presented data linking the Trump Organization to a secret server that communicated with Alfa Bank. The indictment indicates Durham may be expanding his investigation to bring separate charges again Sussmann or additional defendants.

Earlier this month, in a court filing dated Oct. 20, Durham and his team outlined its first production of discovery to the defense, which included the thousands of documents received “in response to grand jury subpoenas issued to fifteen separate individuals, entities and organizations–including, among others, political organizations, a university, university researchers, an investigative firm, and numerous companies.”

Prior to being appointed as special counsel in 2020, Durham charged former FBI lawyer Kevin Clinesmith with making a false statement – the first criminal case arising from his probe. Clinesmith was referred for potential prosecution by the Justice Department’s inspector general’s office, which conducted its own review of the Russia investigation.

Specifically, the inspector general accused Clinesmith, though not by name, of altering an email about Page to say that he was “not a source” for another government agency. Page has said he was a source for the CIA. The DOJ relied on that assertion as it submitted a third and final renewal application in 2017 to eavesdrop on Page under FISA.

Barr appointed Durham, then the U.S. attorney from Connecticut, in 2019 to investigate the origins of the FBI’s original Russia probe, or Crossfire Hurricane, which began in July 2016, through the appointment of Special Counsel Robert Mueller in May 2017 shortly after Mueller completed his yearslong investigation into whether Trump’s campaign colluded or coordinated with the Russians to influence the 2016 presidential election.

Barr, before leaving the Trump administration in December 2020, tapped Durham as special counsel to continue his investigation through the Biden administration.

In the scope order, Barr stated that Durham “is authorized to investigate whether any federal official, employee, or any other person or entity violated the law in connection with the intelligence, counter-intelligence, or law-enforcement activities directed at the 2016 presidential campaigns, individuals associated with those campaigns, and individuals associated with the administration of President Donald J. Trump, including but not limited to Crossfire Hurricane and the investigation of Special Counsel Robert S. Mueller, III.”

Under U.S. code, the special counsel would produce a “confidential report” and is ordered to “submit to the Attorney General a final report, and such interim reports as he deems appropriate in a form that will permit public dissemination.”