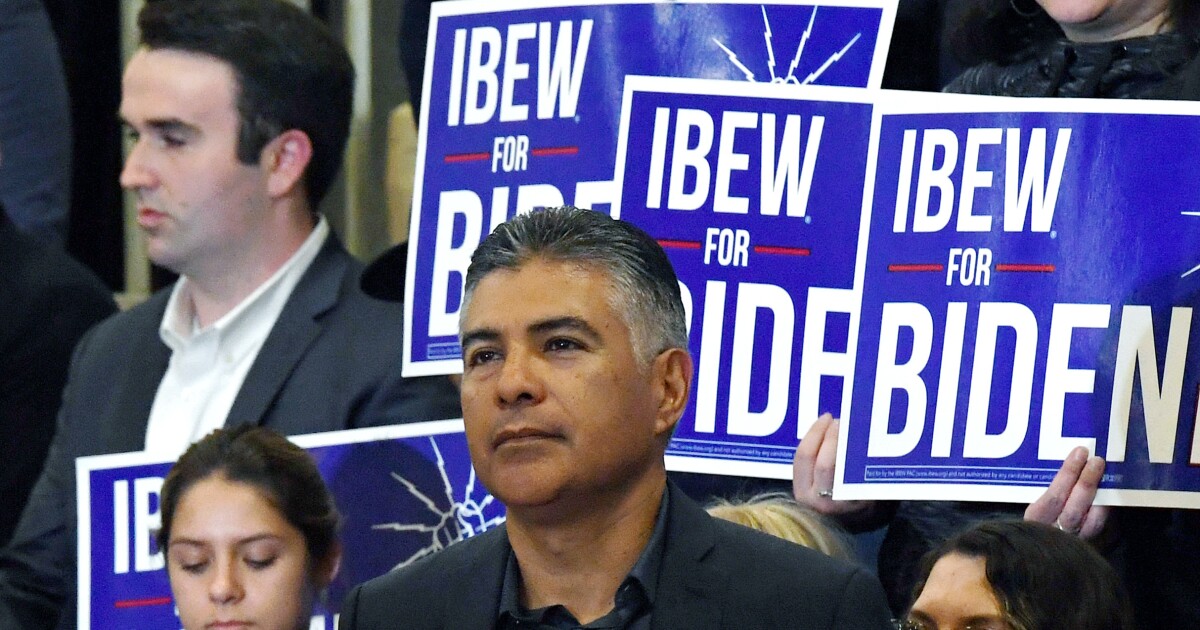 Every election yields complaints that the party is taking that key constituency for granted, applying a one-size-fits-all strategy, spending too little on advertising and turnout, relying on the same clique of Washington consultants and bypassing knowledgeable strategists with closer ties to Latino communities.

Like so much in politics, it’s a fight over money and power. But the stakes have increased as Latinos have become one of the nation’s fastest-growing voter groups; allegiances formed today will likely endure for many elections to come.

Cárdenas, a Democratic congressman from the San Fernando Valley who played a key role in Latino outreach during the last three election cycles, hopes and prays his party keeps control of Congress after the 2022 midterm election.

But, Cárdenas said in an interview, “it’s going to take a lot of work” and require Democrats to build a much stronger relationship with Latinos of various backgrounds and cultures.

Analytics may be all the rage these days. When it comes to targeting voters, strategists practically know what time a person goes to bed at night and what he or she ate for breakfast the next morning. But more critical than assembling those personal profiles, Cárdenas said, is forging a personal connection.

One year ago, Democrats achieved their overriding political goal, chasing President Trump from the Oval Office. But the 2020 election left an ashy taste in the mouths of many partisans because of the disappointing results down ballot.

Democrats took control of the Senate, with Vice President Kamala Harris serving as tiebreaker in a 50-50 chamber.

But that was far short of Democratic hopes and handed each of those 50 senators life-or-death control over President Biden’s appointments and agenda. Witness these last several months, with Sens. Kyrsten Sinema and Joe Manchin III effectively serving as co-presidents alongside the harried Biden.

The result in House races was even more dispiriting for Democrats, who fully anticipated expanding their margin and giving House Speaker Nancy Pelosi considerably more room to breathe. Instead, they lost a dozen seats, leaving Democrats clinging to the narrowest majority either party has had in decades.

One reason for the 2020 outcome was a worse-than-expected showing among Latino voters. (Seen another way, Trump and his fellow Republicans significantly outperformed expectations.)

Trump won about 28% of the Latino vote in 2016, which was roughly average for most Republican presidential candidates of the last 50 years. After the many vile things he said about people of color and the pugnaciously anti-immigrant policies he pursued, it seemed unlikely Trump would grow his support among Latinos. But he did, winning between 32% and 38% of their vote in 2020, depending on the survey.

If Democrats thought Trump’s bigoted behavior would do their work for them, souring Latinos on the GOP and its candidates, they were mistaken. Republicans also gained ground in congressional contests in Florida and Texas, among other states, which tipped several House seats their way.

After the election, as he approached his fourth term, Cárdenas sought the chairmanship of the Democratic Congressional Campaign Committee, as a way to put his ideas into practice.

Cárdenas lost the contest but continues to informally advise candidates and others he came to know as leader of the Congressional Hispanic Caucus’ political action committee. Recently he offered his prescription for Democrats over a bowl of chicken soup at a mom and pop Mexican restaurant in sunny San Fernando.

One important step, Cárdenas said, is for the party to engage with Latino voters early and often, rather than wait until the last months of a campaign.

Democrats, he suggested, also must appeal to more than just young, left-leaning voters.

“If you only communicate and say, ‘Well, Latinos are progressives,’ then you’re probably going to get the positive attention of an 18- to 25-year-old,” Cárdenas said. But that risks alienating someone holding down two or three jobs and raising a family, or someone working — he punched out the word for emphasis — who needs a roof over his or her head, or someone working who needs healthcare.

“Many Latinos are very, very proud, and they like to earn what they get,” said the 58-year-old Cárdenas. “But if you tell them that you’re just going to gift it to them, you’re probably going to not do very well with older Latino voters.”

Democrats also need to push back harder, he said, against charges they’re antipolice or soft on crime and better appreciate when Republicans accuse them of peddling “socialism” that it may sound far-fetched to them but still strikes fear in some Latinos who fled oppressive or authoritarian regimes.

All those steps, Cárdenas suggested, require the kind of awareness and sensitivity that comes with hiring strategists who are more culturally fluent and organically connected to the voters Democrats hope to win over.

“The dam’s going to break sooner or later,” Cárdenas said, and bring a flood of Latino, Black and other consultants who will replace today’s hired hands and provide a fresh perspective to campaigns across the country.

“I want every aspect of what we do in Washington to look like America,” he said. “When we do that, we are going to be getting amazing results” in both politics and policy.