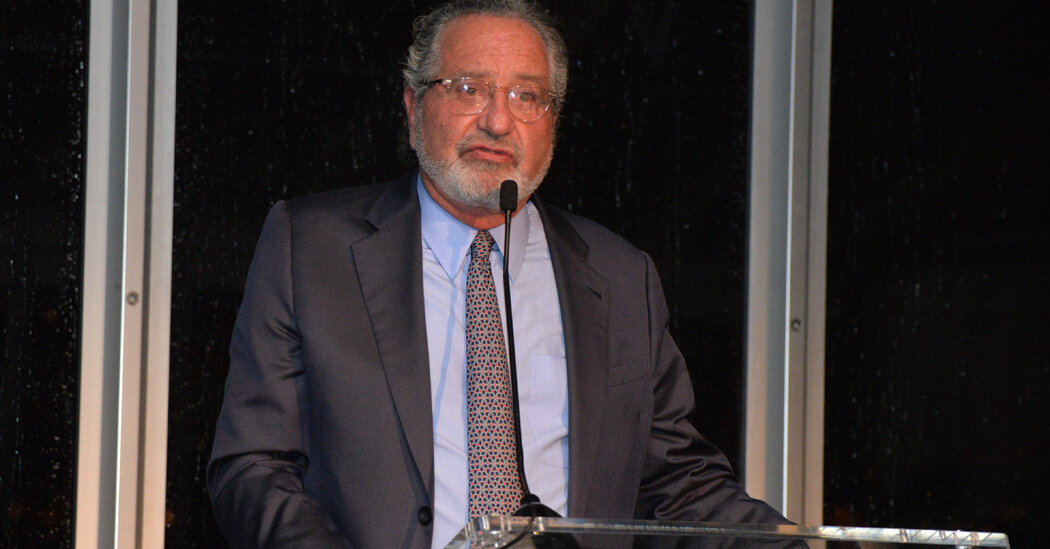 As Joseph R. Biden Jr. hopped from Manhattan high-rises to Silicon Valley mansions to gather campaign checks in 2019, he developed a certain way of thanking the well-heeled donors who invested in his presidential campaign.

The hardest part, Mr. Biden would say to them, was not just the money. It was putting their names and reputations on the line for him. And he would promise to “never, ever let you down,” as Mr. Biden told donors at the home of a Hollywood executive in late 2019.

Now, nearly 10 months into his presidency, some of Mr. Biden’s most loyal contributors and top fund-raisers are feeling neglected if not outright cast aside, according to more than 30 interviews with Democratic donors, fund-raisers and the operatives who work with them.With the loss of the Virginia governorship this week making plain the darkening political climate for Democrats, the White House has accumulated precious little good will among some of the party’s most important financiers.

Their frustrations also include impatience with the pace of substantive policy changes: One of the party’s top donors is now signaling he is planning to withhold funds entirely over the languishing of voting-rights legislation.

Donor grousing is nearly as old a tradition as campaigning itself. Wealthy and entitled contributors always want more influence and access than they have. But the sheer breadth of complaints about the Biden White House’s operation is striking, and a source of growing concern among allies and Democratic officials who fear it could cause a backlash among contributors that the party will need to mobilize soon for the 2022 midterm elections.

“There is a basic chorus, which is we’re forgotten and discarded,” said John Morgan, a major bundler who hosted Mr. Biden at his home in Florida in May 2019. “It’s very discouraging. We don’t exist.”

Donors who have made suggestions or recommendations for lower-level jobs in the Biden administration complain they never heard back from anyone. The typical courtesy thank you cards or calls to people who raised hundreds of thousands of dollars, and even those who contributed $1 million or more, have largely not arrived. And the pandemic has put on hold any glad-handing gatherings.

Of course, whining from the well-to-do is hardly going to draw any public sympathy. But Democrats close to the Biden administration still see the griping as a worrying sign of disorganization from the White House’s political operation, especially after so much of the party infrastructure eroded during an Obama presidency that saw historic down-ballot losses.

The rise of small online donors has somewhat lessened the power and sway of bundlers, who gather larger checks from friends and associates for campaigns. But the Biden operation still raised vast sums from its top fund-raisers, counting more than 800 people who collected at least $100,000 last year.

Biden advisers described the frustrations as ordinary and temporary donor grumbling and maintained that the president is prioritizing solving domestic and international challenges.

Chris Meagher, a White House spokesman, said that Mr. Biden was “laser focused on the agenda that people elected him to get done,” including voting rights, the infrastructure and social spending bills being negotiated in Congress, “shutting down” the pandemic and growing the economy.

Most donors and fund-raisers declined to speak on the record, for fear of alienating the White House. But there was widespread agreement that the Biden team had failed to provide meaningful outreach or ways for most big contributors to engage or help in the first months of the administration. The reception has been so chilly that some donors have started to presume that Mr. Biden is simply not planning to run for re-election in 2024, finding few other reasonable explanations for neglecting a core constituency.

There have been exceptions.

Big donors have scored some prominent postings in the administration, including two ambassadorships last week. And Mr. Biden has held two or three virtual thank-you events for some of the party’s largest contributors since he became president, according to people familiar with the matter. One Biden adviser said roughly 60 donors spoke with the president virtually in one evening.

Almost by accident, though, the White House has moved in the direction of curbing donor influence, a long unfulfilled goal of campaign reformers and good-government groups. The Biden team believes it is playing the long game by staying focused on the pandemic and the economy, which they believe will chiefly shape the midterms.

Separate from the outreach issue, a number of major Democratic donors, in particular in Silicon Valley, have been pressing Mr. Biden to move more forcefully on passing voting-rights legislation, seeing state-level Republican restrictions on voting as an existential crisis for democracy. And they have grown increasingly frustrated as the issue has stalled behind the social spending package still being negotiated on Capitol Hill.

Prominent donors pushing for more movement on the issue, according to people familiar with the efforts, include Ron Conway, a Silicon Valley venture capitalist; Jeff and Erica Lawson, the founder of Twilio and his wife; Eric Schmidt, the former chief executive of Google; and Karla Jurvetson, a physician and philanthropist who spent more than $27 million in the 2020 election.

But none have gone as far as the hedge fund executive S. Donald Sussman, who has communicated that he is pausing his political giving until such a package advances, according to people familiar with the matter. Mr. Sussman is one of the financial pillars of the Democratic ecosystem, investing roughly $50 million during the four years that Donald J. Trump was in the White House in federal campaigns, candidates and super PACs.

Ning Mosberger-Tang, a Democratic donor in Colorado who put nearly $300,000 into 2020 federal campaigns, has been organizing regular meetings with like-minded donors focused on voting-rights legislation and said there was “frustration about the lack of prioritization of this issue.” She estimated the group had raised $7 million this year to press the cause.

Some party officials and allies of the White House worry that the combination of benign neglect for early bundlers and the potential for voting legislation to languish could hamper fund-raising in 2022 and beyond.

But Robert Wolf, a prominent bundler for former President Barack Obama, who had faced his own complaints about keeping up relations with donors after his 2008 win, said it was good that the contributor class was not the White House’s current priority.

“They have an incredible list of priorities to fix and, going after President Trump, the list got exponentially greater,” Mr. Wolf said. “My view is the last thing that should be on anyone’s mind should be the donor community.”

While almost everyone acknowledged that the pandemic has prevented some of the easiest staples of donor management — photo opportunities and in-person schmoozing — the communication so far has been so lackluster that some donors have been privately searching among themselves for explanations, holding sidebar conversations to ask if they had somehow offended the Biden team.

Not all donors saw a problem in being, at least temporarily, pushed to the sidelines.

“They took office with a national plague going on,” said Ed Rendell, the former governor of Pennsylvania and a Democratic fund-raiser, adding that he and others were “rational about giving them a pass.”

But multiple donors said they were unsure of who, if anyone, at the White House was supposed to be a point of contact. And indeed, a Biden adviser said there was no such person. Some have turned to former Biden operatives and the Democratic National Committee for guidance.

Big donors have already been promised in-person events with the president that have not yet happened. Packages for those who gave $100,000 or more to Mr. Biden’s inauguration included tickets to a future in-person event (“date to be determined”) while $250,000 bought two “V.I.P. tickets.”

For now one Democratic fund-raiser has advised donors that “D.N.C.” stands for “Do Not Contribute” — at least until the party figures out how it will be more responsive to its contributors. Still, the D.N.C. continues to amass cash and has nearly $75 million in its coffers.

As donors tracked the action on Capitol Hill and in the governor’s race in Virginia, there has been another, less pressing matter that some have also been watching: whether there will be holiday parties this year at the White House, which donors are typically invited to, along with a chance for a photo with the president.

The decision, according to people briefed on the matter, remains under discussion.