Biden to award Medal of Freedom to Biles, McCain, 15 others 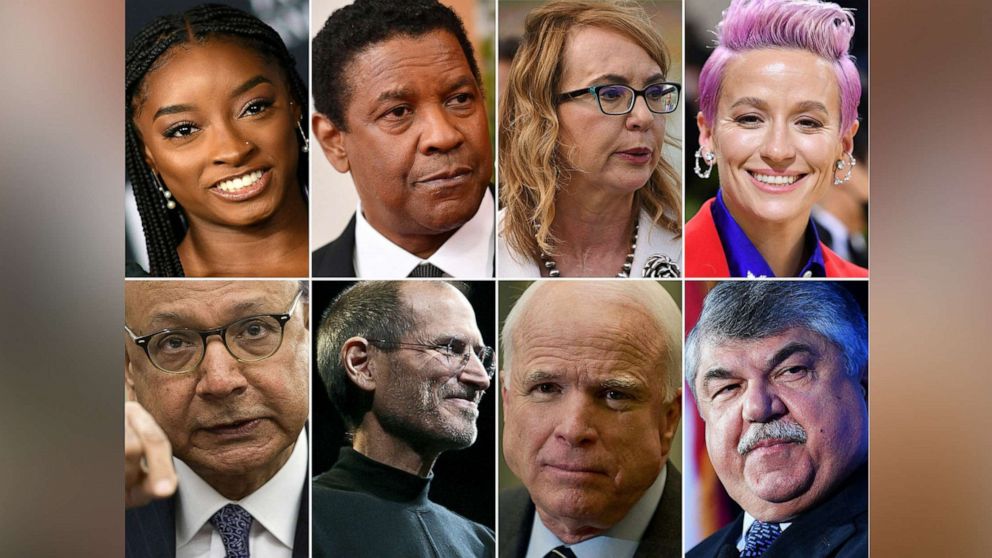 President Joe Biden on Thursday will award 17 individuals with the Presidential Medal of Freedom, the nation’s highest civilian honor.

The medal is given to those who made “especially meritorious contributions to the security or national interests of the United States, to world peace, or to cultural or other significant public or private endeavors.”

The ceremony will be held at the White House.

Rapinoe, an advocate for gender equality and LGBTQ rights, said she received a call in between practices from the White House informing her she had received the honor.

“In that moment I spoke to the President, I was, and still am, totally overwhelmed,” Rapinoe said in a statement shared by U.S. Soccer. She also said that she is thinking of “all the people who I feel deserve a part of this medal.”

McCain, a Purple Heart recipient and prisoner of war in Vietnam, has been lauded as a war hero and spent decades serving the people of Arizona in the Senate. The Republican died in 2018 after succumbing to glioblastoma in 2018.

“My family and I are extremely honored that my dad will posthumously be awarded the Presidential Medal of Freedom. As a man who dedicated his life in service of his country, I know my dad would be humbled to receive the nation’s highest civilian honor,” Jack McCain, McCain’s son, said in a statement.

Other former lawmakers to receive the honor are Gabby Giffords, who became a leading voice for gun control after surviving a 2011 mass shooting, and Alan Simpson, who served in the Senate for nearly two decades.

Other recipients include Wilma Vaught, one of the most decorated women in U.S. military history; Sandra Lindsay, a nurse who was the first American to receive the COVID-19 vaccine; Khizr Khan, the father of U.S. Army captain who was killed in Iraq; Father Alexander Karloutsos, a priest who advised several U.S. presidents; and Dr. Julieta García, who was the first Hispanic woman to serve as a college president.

Biden will be the first president to give out these medals after receiving one himself in 2017. Former President Barack Obama awarded Biden for his “lifetime of service that will endure through the generations.”

Earlier this week, Biden presented four U.S. Army veterans with the Medal of Honor for their “acts of gallantry and intrepidity” during the Vietnam War.

“They went far above and beyond the call of duty. It’s a phrase always used but it just — it takes on life when you see these men,” Biden said during the event.