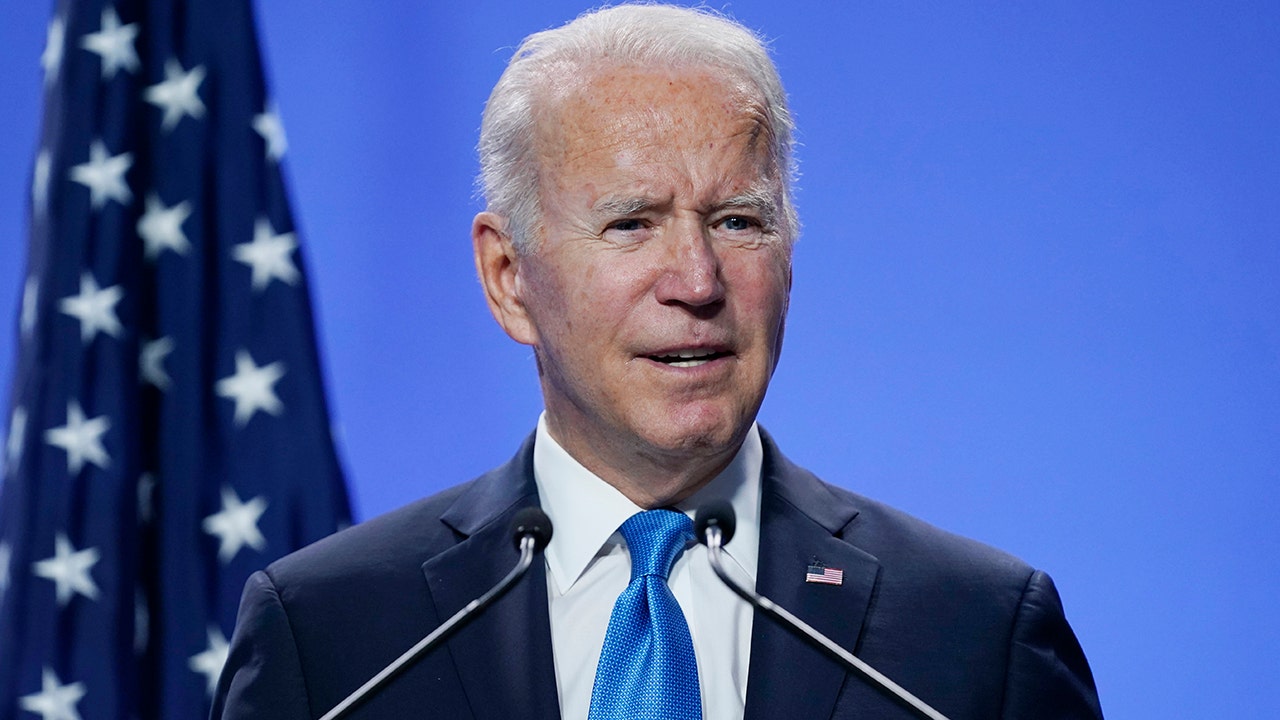 President Biden on Tuesday predicted victory for Virginia Democratic gubernatorial candidate Terry McAuliffe, while downplaying the influence of his policies, agenda and presidential approval ratings on the race.

During a press conference on the sidelines of the United Nations COP26 climate summit, the president was asked about Tuesday’s governor race in Virginia – where McAuliffe, the former governor of the state, has slipped in the polls behind Republican candidate Glenn Youngkin – and whether his presidency could be to blame.

“I think we’re going to win in Virginia,” Biden said, hours before polls closed in Virginia. “The race is very close, so, it is about who shows up, who turns, and granted, I did win by a large margin.”

Biden, in 2020, won the state of Virginia, taking all electoral votes away from former President Trump.

“The point of the matter is that I think that this is going to be, we all knew from the beginning, is going to be a tight race,” Biden said, adding that turnout would be critical, and anticipating results after midnight.

Biden also predicted a win in New Jersey for incumbent Democrat Gov. Phil Murphy, who hopes to make history Tuesday night as the first Democratic governor in the state to win reelection in 44 years. Murphy, a progressive, is running against former Republican Assemblyman Jack Ciattarelli, a moderate. If Murphy wins, it will be the first time a Democratic governor in the state has won reelection since Brendan Byrne in 1977.

But Biden said that the “off year” is “always unpredictable, especially when we don’t have a general election going on at the same time.”

“That’s been the case up and down, you know, for a long time, especially as Virginia has turned more and more blue,” Biden said.

But returning to the question, the president defended himself, saying that he does not believe his presidency will have a “real impact” on the race.

The president was referring to his “Build Back Better” economic agenda pending in the House of Representatives – a plan that the Senate has yet to reach an agreement on.

VIRGINIA GOVERNOR’S RACE BETWEEN YOUNGKIN AND MCAULIFFE: WHAT TO KNOW

Biden’s social spending package, once valued at $3.5 trillion, is now down to a leaner $1.75 trillion after progressives and moderates agreed to cut programs including universal community college and paid family leave. That bill only requires a simple majority to pass in the Senate because it would be done through a process known as budget reconciliation, but moderate Democratic Sens. Joe Manchin of West Virginia and Kyrsten Sinema of Arizona have said they still will not support it.

“It’s also hard for me to be prognosticating, which I don’t like doing as president anyway, from overseas,” Biden said. “But I think, I hope, that every eligible voter in Virginia and New Jersey shows up and votes—The more we do, the better off, I think, our chances are.”

Trump to Be Deposed as N.Y. Investigation Nears Its End

From ‘lock her up’ to ‘defund the FBI’: How Trump and the GOP changed course on prosecuting political figures