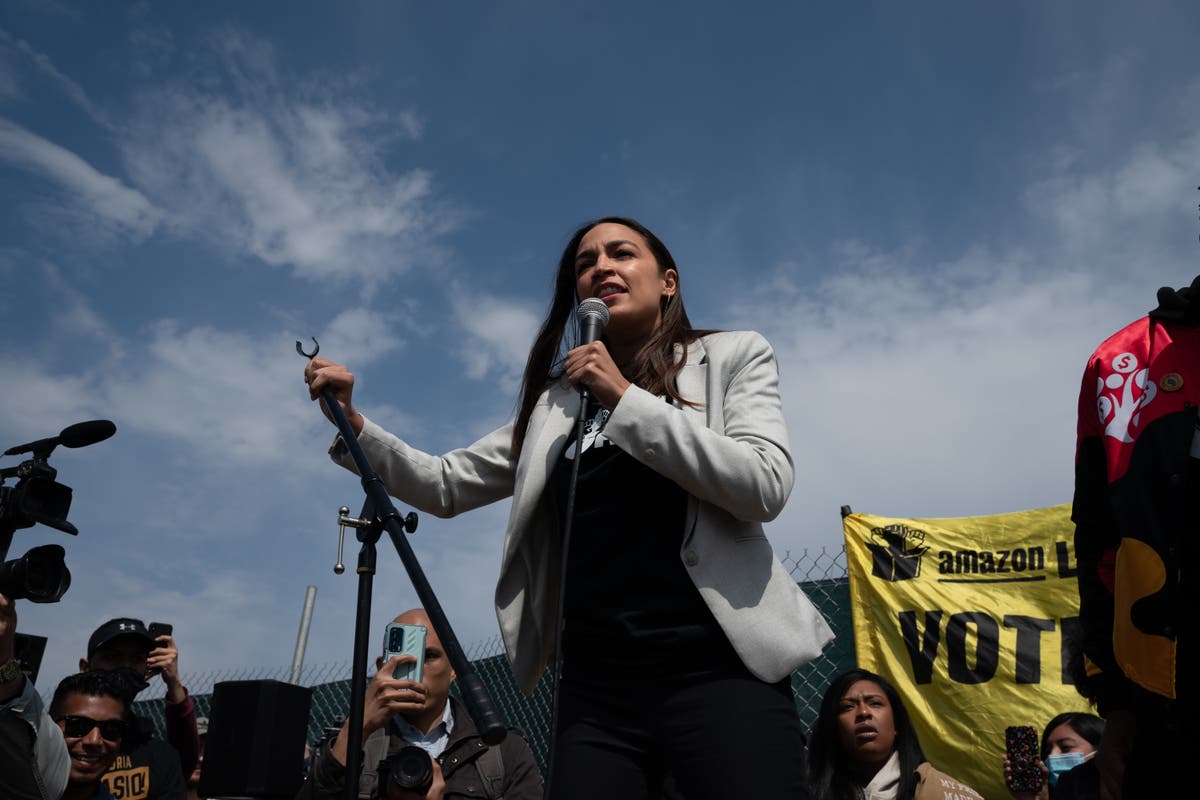 Representative Alexandria Ocasio-Cortez criticised House Democratic leadership for supporting the sole anti-abortion and pro-gun Democratic incumbent in a primary amid the shooting in Uvalde, Texas.

Mr Cuellar has previously received money from the National Rifle Association and was the only House Democrat to vote against the party’s legislation to codify protections in Roe v Wade last year. On Tuesday, Mr Cuellar faced off against Jessica Cisneros, whom Ms Ocasio-Cortez had endorsed, after neither candidate earned 50 per cent of the vote in March.

“On the day of a mass shooting and weeks after news of Roe, Democratic Party leadership rallied for a pro-NRA, anti-choice incumbent under investigation in a close primary,” Ms Ocasio-Cortez tweeted. “Robocalls, fundraisers, all of it. Accountability isn’t partisan. This was an utter failure of leadership.”

As of Wednesday morning, the race remains too close to call but Mr Cuellar had a slight advantage.

“TX28 is an extremely close race,” Ms Ocasio-Cortez tweeted. “If Cuellar wins, leadership’s decision to go to the mat for a pro-NRA incumbent will be the reason why. If Cisneros pulls it out, they will have mobilized against a badly needed grassroots for Nov & fought against a historic victory. And for what?”

Ms Pelosi supported Mr Cuellar and House Majority Whip James Clyburn supported Mr Cuellar. Mr Clyburn said Mr Cuellar shouldn’t be ostracised for his opposition to abortion, despite the fact that a draft opinion from the Supreme Court published by Politico earlier this month showed that the court is prepared to overturn the 1973 court ruling that enshrined the right to terminate a pregnancy.

“I don’t believe we ought to have a litmus test in the Democratic Party. I think we have to bring as many people into the party as we possibly can,” Mr Clyburn said at an event in San Antonio, The Texas Tribune reported.

But Ms Ocasio-Cortez criticised the idea that Democrats should protect any incumbent.

Congress should not be an incumbent protection racket and sadly it is treated as such by far too many,” she said. “The fact is those who fail their communities deserve to lose. They don’t need rescuing from powerful leaders who state they fight for gun safety, the right to choose, and more.”