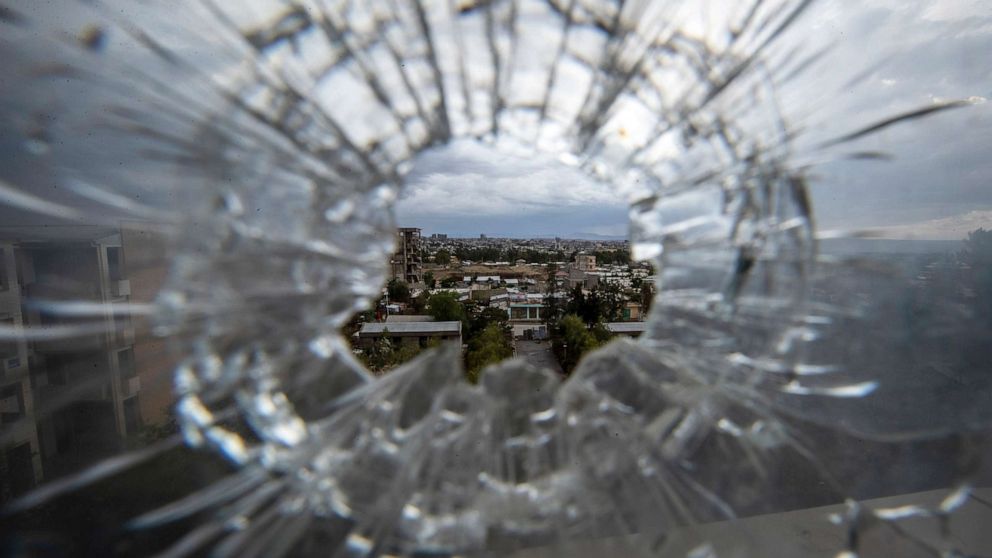 The Biden administration is ending Ethiopia’s special trade status under U.S. law — the latest penalty imposed on the Ethiopian government amid its ongoing war with the Tigrayan People’s Liberation Front, the regional force that once controlled the federal government.

The decision, announced Tuesday by the White House, comes amid an expansion in the conflict, which has its anniversary Wednesday. The U.S. special envoy for the Horn of Africa warned it could spill out into a wider civil war, threatening even more suffering for the Ethiopian people and more instability in the region.

To halt that expansion and push both sides to negotiate, the administration has prepared targeted U.S. sanctions against figures on all sides, according to two sources familiar with the plans.

The State Department has also prepared a declaration that the Ethiopian government’s atrocities against Tigrayans constitute a genocide, both sources said, although it’s unclear whether Secretary of State Antony Blinken will sign it and when.

A State Department spokesperson declined to speak to a possible genocide declaration, but told ABC News they are “deeply alarmed by the continuing violence in northern Ethiopia” and “undertaking a review of available facts to assess whether atrocity crimes have been committed.”

Every side in the conflict was been accused of atrocities, including rape and sexual assault, executions, displacement and the destruction of hospitals, farms and food stores.

On Nov. 3, 2020, Prime Minister Abiy Ahmed launched a campaign against Tigrayan forces after weeks of tension over regional elections and years of animosity. The TPLF, the Tigray region’s powerful political party and military force, dominated Ethiopian politics for decades until Abiy’s election in 2018.

Federal troops under Abiy were joined by forces from the neighboring country Eritrea, also long at odds with Tigrayan forces, and the neighboring region Amhara — a regional conflict that soon escalated ethnic tensions across Africa’s second most populous country and among its diaspora around the world.

The Biden administration has tried to use diplomatic tools to ease tensions and urge negotiations, deploying visa restrictions against officials in May and launching a sanctions regime in September without targeting any officials just yet.

While those first sanctions could come soon, it’s the suspension of Ethiopia’s trade status under the African Growth and Opportunity Act on Tuesday that marked a new step. In a message to Congress, President Joe Biden said Ethiopia’s “gross violations of internationally recognized human rights” made it ineligible for AGOA under the law.

The suspension is required under U.S. law, but it is also seen as another warning shot across Abiy’s bow — with a potentially strong economic impact on the country, which exports between $100 million and $200 million to the U.S. each year, according to various estimates.

But it won’t take effect until Jan. 1, 2022, so Ethiopia can still reverse the decision before its implementation, according to Ambassador Jeffrey Feltman, U.S. special envoy for the Horn of Africa.

“It’s not too late to retrace our steps toward the path not taken, but the change in direction must occur in days, not weeks,” he said Tuesday.

Events on the ground, however, show the war is heading in the opposite direction. Abiy’s government declared a national state of emergency Tuesday amid concern that the Tigrayan Defense Forces may move on the capital Addis Ababa after seizing towns just 160 miles to the northeast, according to the Associated Press.

Ethiopia’s Ministry of Trade and Regional Integration criticized the Biden administration’s decision, saying that it was “extremely disappointed” and that the move will “reverse significant economic gains in our country and unfairly impact and harm women and children.”

“We urge the United States to support our ongoing efforts to restore peace and the rule of law — not punish our people for confronting an insurgent force that is attempting to bring down our democratically elected government,” it added in a statement.

But Feltman made clear the U.S. sees Abiy’s government as part of the problem here, in particular because its “unconscionable” blockade on the Tigray region since June has led to shortages of food, medicine, fuel, and cash. Some 900,000 people are facing famine-like conditions in the region, according to U.S. estimates.

The United Nations has estimated that 2,000 trucks of aid are needed per month to deal with the humanitarian crisis, but just 1,100 trucks have entered in total since the beginning of July — 13% of what’s required — per Feltman.

“Without question, the most serious obstacles are intentional government delays and denials,” he added during remarks at the U.S. Institute of Peace. “This unfortunately suggests an intentional effort by the authorities to deprive Ethiopians who are suffering of life-saving assistance. … No government should be adopting policies or allowing practices that result in mass starvation of its citizens.”

Feltman was also quick, however, to condemn the TPLF, especially for its “unacceptable” offensives into neighboring Afar and Amhara regions that have worsened the humanitarian situation. He urged them not to march on Addis, too.

That delicate balance — calling out each side without appearing to take sides — may have hampered the U.S. response to this fast-evolving conflict. In June, the then-top U.S. diplomat for Africa, Robert Godec, told Congress the State Department was conducting a review for a genocide determination.

“We have this fact and law-based review underway. We have pushed it at a very accelerated pace, and it is far advanced. The Secretary needs to make a decision, and when he’s ready, I’m sure that will happen,” acting Assistant Secretary Godec told the House Foreign Affairs Committee in a statement.

Since then, however, there has been no determination. That’s in part, according to one source, because of U.S. concerns about Tigrayan Defense Forces’ atrocities since it launched counter-offensives in June — and about a perception in Addis that the U.S. supports the group over the federal government.

Feltman declined to speak to a genocide determination Tuesday, but he rejected that perception forcefully.

“This could not be further from the truth. We have consistently condemned the TPLF’s expansion of the war outside Tigray, and we continue to call on the TPLF to withdraw from Afar and Amhara,” he said.

The UN human rights office will issue a joint report with the Ethiopian government’s human rights commission on Wednesday — the only official investigation into possible war crimes that Abiy’s government has allowed, although it has already been accused of trying to limit the report, according to the Associated Press.

Feltman said the U.S. would look to the report as it makes its own determinations about possible war crimes or genocide, adding, “The Ethiopian people who have suffered are going to want to see some kind of justice, some kind of reckoning for the horrors that they’ve been through because of this needless conflict, and we will be looking to encourage the type of accountability and justice that the Ethiopian people have every right to expect.”

He was clearer that the U.S. has sanctions ready to go against figures from each side: “The United States is prepared to pursue the first sanctions… against those fueling this crisis and obstructing humanitarian operations, and we will be targeting all parties implicated,” he said.

To date, the U.S. has only sanctioned Eritrea’s top military official, Gen. Filipos Woldeyohannes, for his forces’ human rights abuses. Feltman said Tuesday Eritrean troops have played an “extremely damaging and destructive role” and are responsible for “some of the absolute worst, most horrifying human rights violations.”

But it’s unclear what kind of impact these diplomatic tools will have on either side. While Feltman said the conflict will end in talks no matter what — and the leaders should spare the Ethiopian people by talking now — it seems clear from the continued blockade and the TPLF offensive that each side still believes they can win a military victory.

Biden administration to give airports $1B for terminals and upgrades